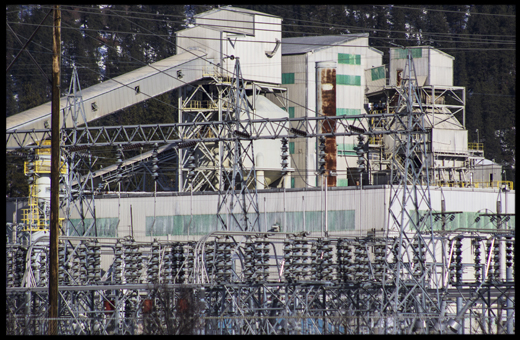 The Northwest Alloys plant in Addy has sat inactive for 16 years and was previously passed up by HiTest as a smelter plant site. (File photo)

If acquired, company said site will be transformed into a center of innovation and production for magnesium steel using breakthrough, clean technology

Western Magnesium Corporation announced it has issued an indication of interest to acquire the former Addy Alcoa plant that has been shut down for nearly two decades and had previously employed hundreds of workers.

“If successful, the site will be created as a center for magnesium metal production and innovation, where like-minded companies can collaborate to take full advantage of our revolutionary, clean production process that will establish Western Magnesium as the low-cost producer of green, primary magnesium,” says Sam Ataya, Chief Executive Officer of Western Magnesium. Magnesium is an attractive choice in applications where light weight and high performance are critical.

The former Addy plant stopped production in 2001 and Western Magnesium Corporation feels it provides the proper infrastructure, including a major supply of dolomite and rail accessibility,
for it to be the site of a new smelter. The plant would create new jobs during construction and build out. Western Magnesium said they are already in talks with companies in the automotive, aerospace, defense and other vital, manufacturing industries to work collaboratively on the “American Magnesium Renaissance.”

Western Magnesium’s scalable commercial furnaces require a smaller footprint than previous operational requirements and, unlike alternative production methods, contribute to the Company’s ultimate zero waste goal. In addition, their size enables the furnaces to be located in any post-industrial town or city that is close to industrial demand. In addition to this site located in Stevens County, Western Magnesium has identified several potential sites throughout the U.S. that will serve as ideal locations to produce magnesium metal. This will enable Western Magnesium to be a coast-to-coast producer, servicing the needs of multiple industries throughout the U.S.

Currently, magnesium metal can only be profitably produced in countries with low labor costs and lax work and environmental standards–such as China, which currently produces almost 90% of the world’s supply. Western Magnesium’s technology can turn this table with its process that will produce an environmentally friendly and economically competitive product.

“Our vision is to create a cornerstone industry that will allow innovation in industries as diverse as automotive, aerospace, defense and general manufacturing,” says Ataya.

“The real economic impact will be seen by transforming a potential manufacturing site into a center of innovation that may include worker housing and amenities to attract scientists, engineers and the skilled workforce needed to create an entirely new American industry,” says Ataya. “Our hope is that our facility serves as a locus of smart manufacturing activity, breaks our reliance on dirty, low-quality foreign magnesium and produces a better, cleaner, domestic product that re-establishes American manufacturing dominance.” Terms and considerations will be noted in a future press release.

Western Magnesium’s goal is to be a low-cost producer of green, primary magnesium metal, a strategic commodity prized for its strength and lightweight. Unlike outdated and costly production processes, Western Magnesium looks to use a continuous silicothermic process to produce pure magnesium, which significantly reduces labor and energy costs relative to current methods and processes, while being environmentally friendly.

Statements in this news release that are not historical facts are forward-looking statements that are subject to risks and uncertainties. Forward‐looking statements in this news release include that we will conduct and close a private placement and that we can become a major U.S. producer and distributor of primary, high grade, low cost magnesium metal. Actual results may differ materially from those currently anticipated due to a number of factors, including the Company’s dolomite reserves may not be mined because of technical, regulatory, financing or other obstacles, the market price for magnesium may make our resources uneconomic, we may not be able hire and retain skilled employees, and other risks associated with being a mineral exploration and development company. We may not be able to close with interested investors on our intended private placement because of perceived risks or market conditions. The Company undertakes no obligation to update forward‐looking information except as required by law. The reader is cautioned not to place undue reliance on forward‐looking statements. These forward-looking statements are made as of the date of this news release.