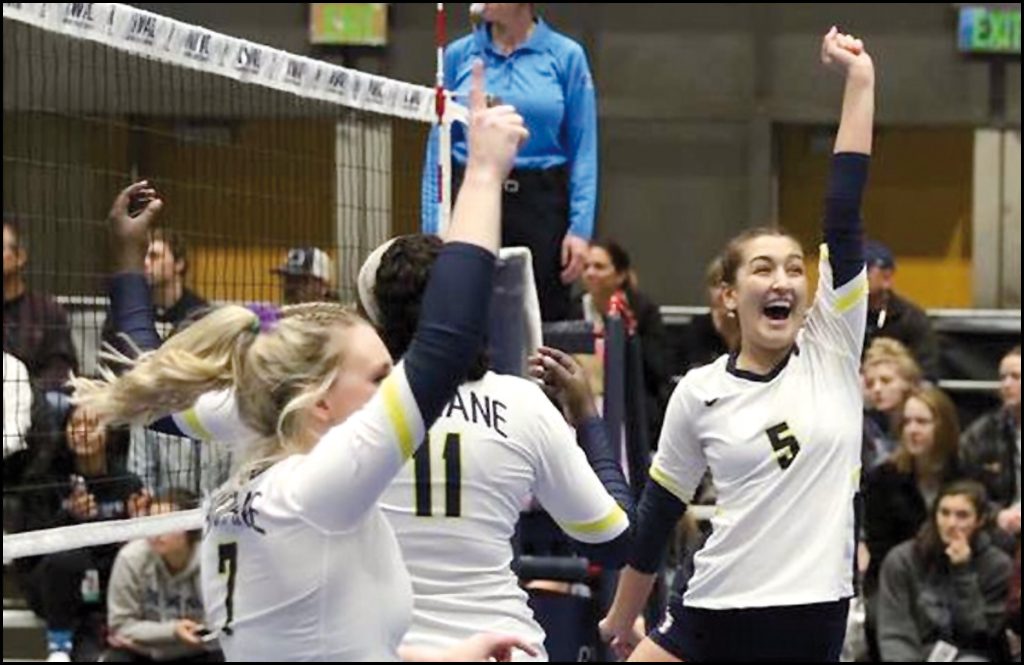 It has been another sensational volleyball season for the Spokane Falls Lady Sasquatch and outside hitter Brooklyn Rainer. For the second straight season, the Sasquatch have won the Northwest Athletic Conference volleyball championship. And, for the second consecutive season, Brooklyn has been a hammer in the front row for the league champs.

Brooklyn finished her sophomore season at the NWAC Tournament in the Tacoma Convention Center with a three-set win over Pierce College to again collect the championship trophy. The Lady Sasquatch defeated Lower Columbia College (Longview), Whatcom College (Bellingham), Treasure Valley College (Ontario, OR.) and Lane College (Eugene, OR.) on their way to the title game. The Sasquatch were 12-2 in league play this season, 36-2 overall.

In addition, Brooklyn was selected as a first team all-conference player after leading her team at the net with 398 kills. She averaged 3.43 kills per set spread over 37 matches. She also had 56 digs, which is a lot for a front row player. 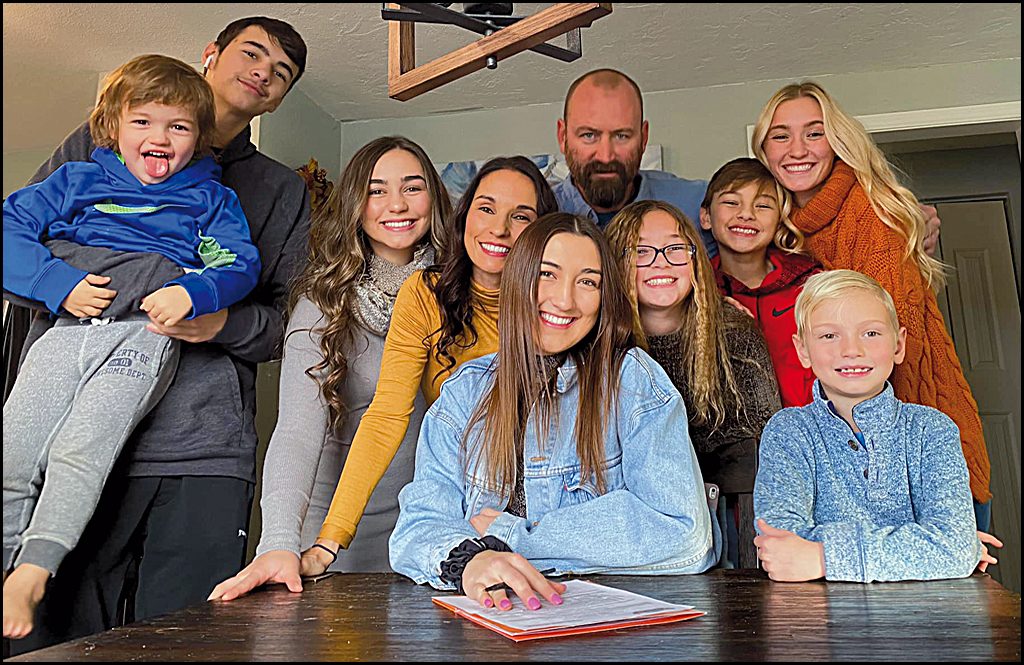 “It has been an awesome season. That is the only way I can describe it,” said Brooklyn. “During my two years here, our record is 76-2. I have gone from playing in Chewelah to winning two community college league championships. To me, this is mind-boggling.

“This is the first weekday I have had off since August,” Brooklyn said on Monday. “We have practiced six days a week. We have only gotten Sundays off. We have practiced for two hours every day during the week from 1:30 to 3:30, and then we have an hour of weightlifting after that. On Saturdays, we practiced at 7:00 in the morning. We missed a whole week of classes during the tournament, so I have been trying to catch up this weekend.”

Now, offseason workouts begin for the Lady Sasquatch. Although she will graduate from Spokane Falls this coming spring with an Associate of Arts Degree, she will continue to be a part of the team through the remainder of the school year.

“We will get our offseason workout packets next week,” she explained. “We will practice all winter, and then we will play spring ball. This is when we play against the four-year schools like Gonzaga, Whitworth, Eastern Washington, Idaho, Montana and Carroll. We have been able to compete on an even basis with all of them.”

She has decided to continue her education and volleyball career at Ottawa University in Surprise, Arizona.

“They needed a right side hitter, and they offered me a full ride scholarship,” she said. “I went down there for a visit, and I was impressed with their program. It is a new, private Christian school, so all of their athletic facilities are just a couple of years old. I signed my letter of intent to go there on Thanksgiving Day when I was home with all my family.

“I will be working the rest of this year on becoming a back row player, which I have never done before. I am a front row hitter, but Ottawa wants me to learn to play in the back row also because of my quickness, my long reach, my capability to cover so much court space, and my ability to attack from the back row. That way, I can stay on the floor longer. I can still play in the front row, but then I can rotate into the back row.”

Brooklyn lives close to the Spokane Falls campus, so she can go home between her morning and afternoon classes. Both of her roommates are Sasquatch volleyball players.

“Next week is our last week before finals, so I will be doing a lot of studying,” she concluded.

Brooklyn is the daughter of Greg and Amber Rainer. Her sister Haven is an all-league Chewelah Cougar volleyball player. Her brother River played football for the Cougars this fall and will wrestle this winter. In all, she has three sisters and four brothers.