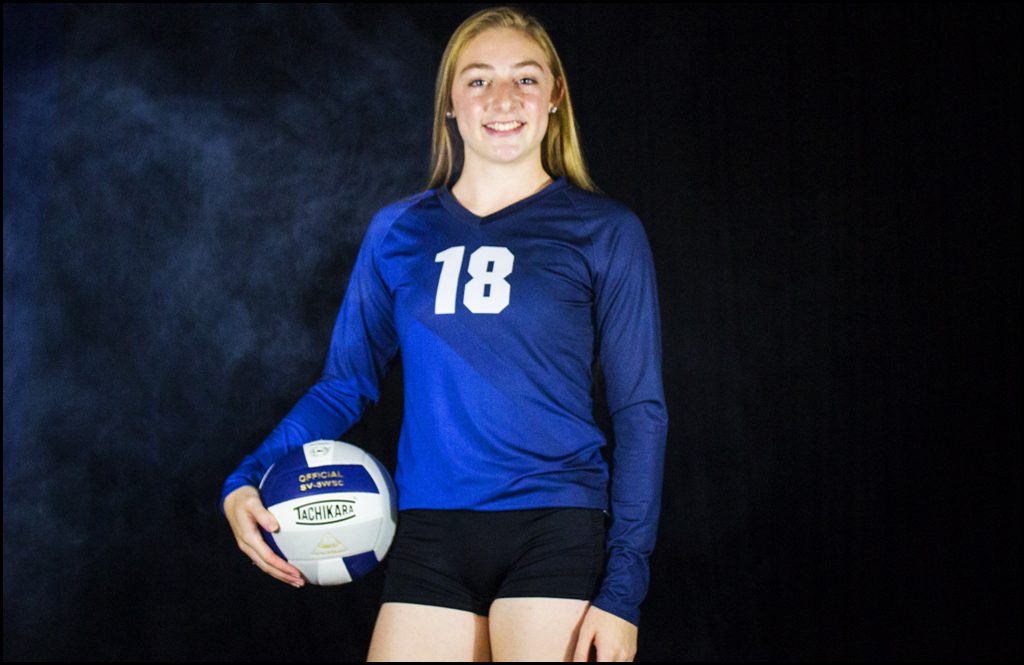 Lily Kirry had 11 kills for the Cougars. (File photo)

The Cougars improved to 2-1 in league play, downing St. George’s in three sets, 25-12, 25-8, 25-19 on the road Thursday. Chewelah got 11 kills apiece from Lily Kirry and Natalie George, along with 19 assists and two aces from Elle Carpenter in the victory.

The win was the Cougars’ second straight, as they defeated 1A Deer Park on Monday and they have won four of their last five matchups. The win moved them to 4-2 on the year, while it drops the Lady Dragons to 1-4.

Chewelah will host Wilbur-Creston at home on Thursday, Oct. 3 at 6:30 p.m.