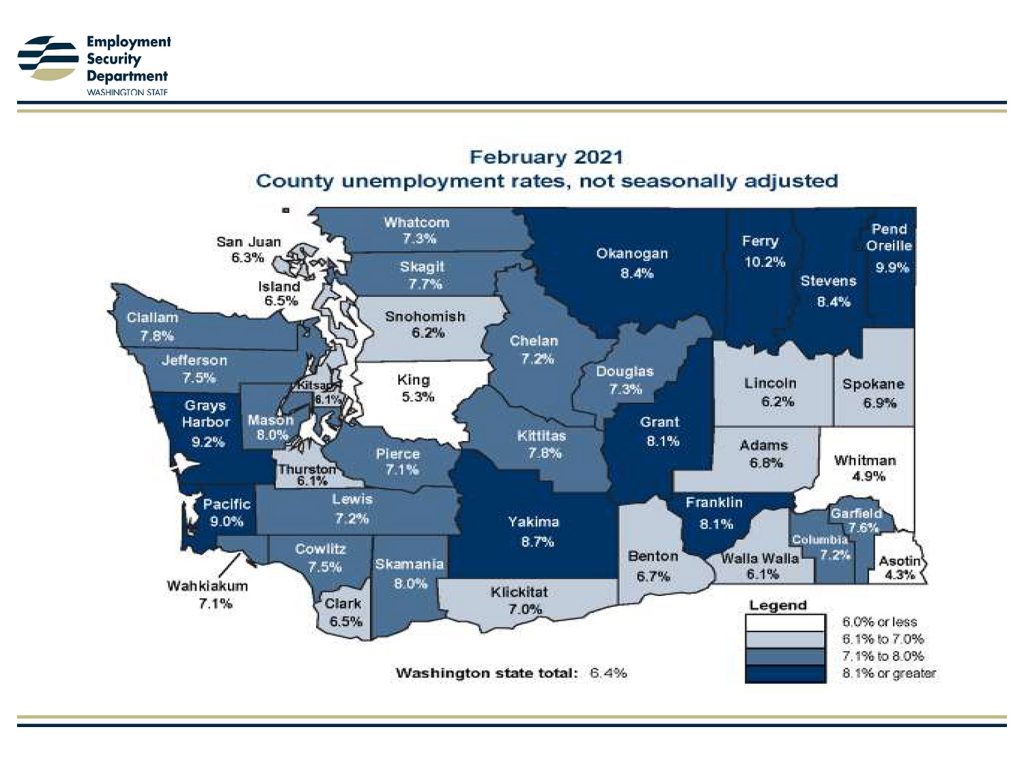 Initial jobless claims in Stevens County dropped last week to 64 from the previous week’s 76. Ferry County’s initial claims went from 12 to 8, Pend Oreille’s number of claims rose from 15 to 17.

In the state as a whole, 24,500 jobs were added including 12,700 in the leisure and hospitality sector. Professional and business services gained 2,500 jobs while the education and health services sector added 2,400.

Transportation and warehousing saw a gain of 1,500 jobs while retail gained 1,300 jobs in the state of Washington.