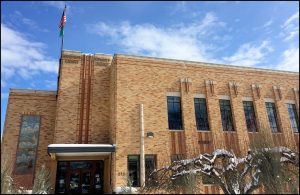 A trial date has been set for Rebecca Clemmer who faces vehicular homicide charges stemming from a July 2019 wreck that took the life of a Sandpoint man.

Clemmer’s black Chevy Cruze crossed lanes while she was traveling north on Highway 395 near Clayton on July 20, 2019 and collided with a black Mazda 3 driven by 22 year-old Erik Bruhjell, who was pronounced deceased at the scene.

Witness reports claimed Clemmer was driving erratically prior to and at the time of the collission, and officers noticed what they described as white pills in her car when looking for her license and insurance. Officers later determined Clemmer to be under the influence of an altering substance at the time of the wreck. A hearing is scheduled for September 3 to determine the admissability of Clemmer’s statements during the investigation at her court trial, which is currently scheduled to begin September 9.

‹ School board approves levy measure on November ballot › Up until this week, Inland Northwest had been enjoying cool summer