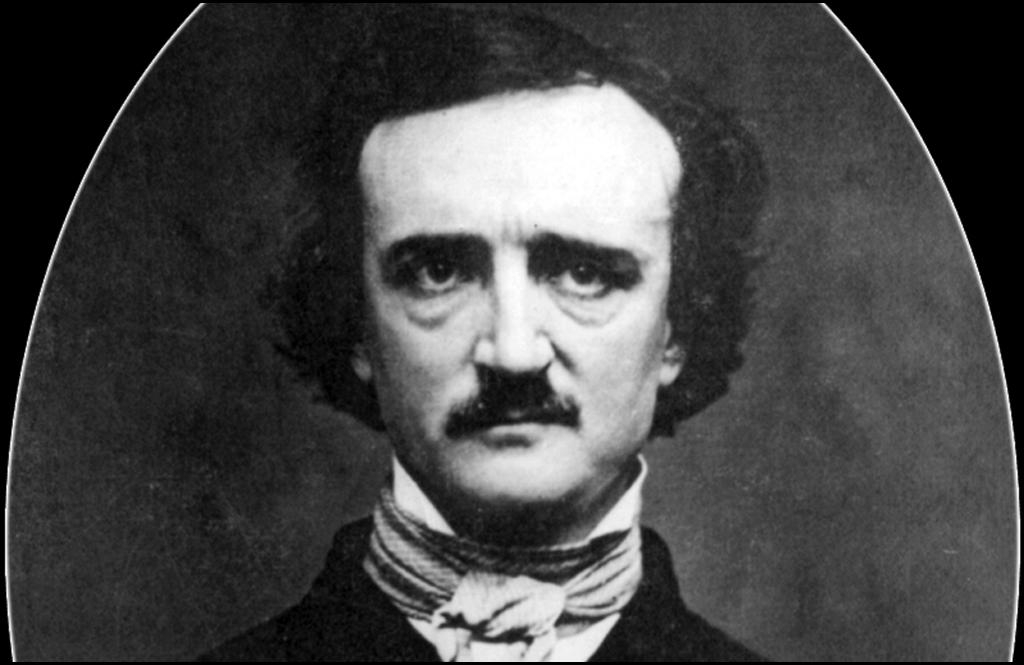 Poe was well known for his poetry and one of the country’s earlier practitioners of the short story. Poe’s writings included tales of mystery and the macabre, and is generally considered the inventor of the detective fiction genre and contributing to the science fiction genre.

Poe’s parents died when he was three years old, both of Poe’s parents had died, leaving him in the care of his godfather, John Allan, a wealthy tobacco merchant. He would attend school in England and enter the University of Virginia in 1826. Heavy gambling debts forced him to leave the university after eight months, but he won an appointment to West Point and served two years in the U.S. Army.

Allan cut Poe off from his funds after a falling out and he was then dismissed from West Point for rules infractions. During this time, Poe published three works of poetry and in 1836, he became an editor at the Southern Literacy Messenger in Richmond, Virginia. People married his 13-year-old Cousin, Virginia Clemm and then completed his first full-length work of fiction – Arthur Gordon Pym – published in 1838.

Due to his heavy drinking, Poe lost his job at the Messenger and the Poes moved to Philadelphia where he worked as an editor at Burton’s Gentlemen’s Magazine and Graham’s Magazine.

He gained fame for his direct and incisive criticism, as well as for dark horror stories like “The Fall of the House of Usher” and “The Tell-Tale Heart.” He also began writing mystery stories that also gained acclaim.

Also around this time, Poe began writing mystery stories, including “The Murders in the Rue Morgue” and “The Purloined Letter”–works that would earn him a reputation as the father of the modern detective story. In 1844, the Poes moved to New York City where Edgar wrote his famous poem “The Raven.” In 1847, his wife died of of tuberculosis which drove Poe deeper into alcoholism and drug abuse. He returned to Richmond, Virginia in 1849 and became engaged to an old lover. Poe died before the wedding, with the circumstances being unclear. He was drinking at a party in Baltimore, only to be found incoherent in a gutter three days later. He was taken to to hospital where he died on October 7, 1849 at age 40.