THIS DAY IN HISTORY: Declaration of Independence signed 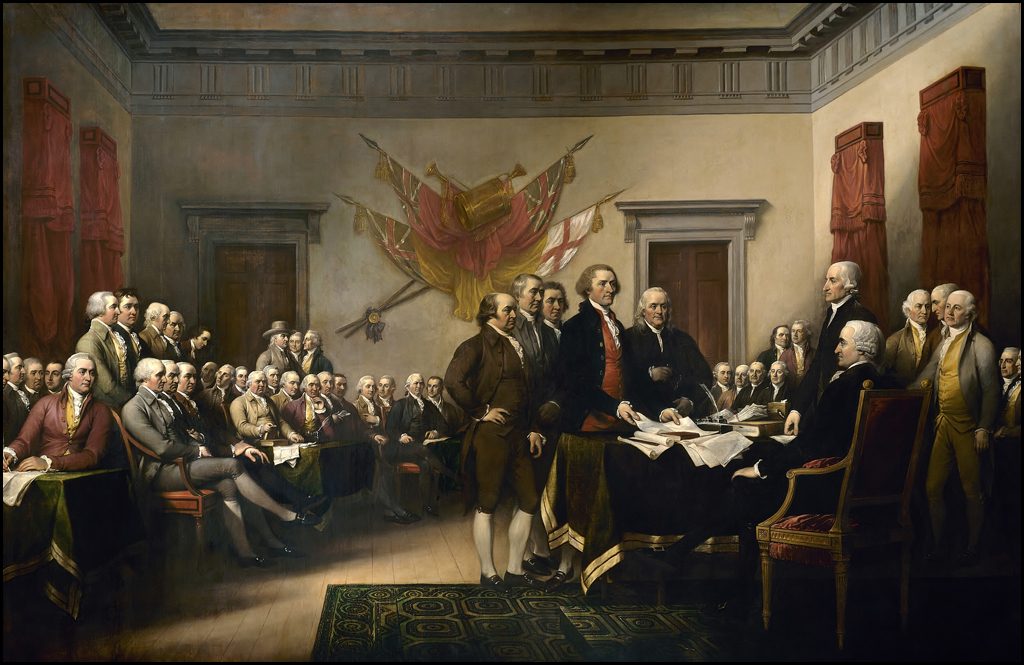 While this painting looks nice, the scene it depicts did not happen on July 4.

Only two people signed the declaration of Independence on July 4…

While July 4 is celebrated as Independence Day, history can be a bit more complicated than that. There are several milestone days concerning the official start to the United States in 1776. On July 2, the Continental Congress adopted a resolution put forward by Richard Henry Lee that stated “Resolved: That these United Colonies are, and of right ought to be, free and independent States, that they are absolved from all allegiance to the British Crown, and that all political connection between them and the State of Great Britain is, and ought to be, totally dissolved.”

Two days later on July 4, Thomas Jefferson penned the Declaration of Independence, which was considerably more poetic and profound than the resolution. John Hancock, the president of the continental congress and Charles Thompson, congress’ secretary, signed it. Only July 19, Congress decided it wanted the Declaration of Independence to bear all the colonies’ signatures on it. Penned by Philadelphia Quaker Timothy Matlack, the new draft was signed by 56 delegates from the colonies on August 2.

The delegates signed by state from North to South, beginning with Josiah Bartlett of New Hampshire and ending with George Walton of Georgia. John Dickinson of Pennsylvania and James Duane, Robert Livingston and John Jay of New York refused to sign. Carter Braxton of Virginia; Robert Morris of Pennsylvania; George Reed of Delaware; and Edward Rutledge of South Carolina opposed the document but signed in order to give the impression of a unanimous Congress. Five delegates were absent: Generals George Washington, John Sullivan, James Clinton and Christopher Gadsden and Virginia Governor Patrick Henry.

News of the Declaration of Independence reached London on August 10, while a draft bearing delegates signatures were printed on January 18, 1777.

So when it comes to Independence Day, you could actually celebrate America on a few different days!