THE LEAD: US pulls out of Cold War-era nuclear treaty, blaming Russia

NATIONAL NEWS
US pulls out of Cold War-era nuclear treaty, blaming Russia
The United States announced Friday that it was pulling out of a landmark nuclear arms control treaty with Russia, accusing Moscow of violating the Cold War-era pact with “impunity” by continuing to develop banned missiles. President Donald Trump said Russia has been secretly developing “a prohibited missile system that poses a direct threat to our allies and troops abroad.” He said the U.S. had adhered to the Intermediate-Range Nuclear Forces treaty since it was signed in 1987, but Russia has not. Click here for the full story.

US employers add robust 304K jobs in sign of durable economy
U.S. employers shrugged off last month’s partial shutdown of the government and engaged in a burst of hiring in January, adding 304,000 jobs, the most in nearly a year. The healthy gain the government reported Friday illustrated the job market’s durability nearly a decade into the economic expansion. The U.S. has now added jobs for 100 straight months, the longest such period on record. Click here for the full story.

STATE NEWS
Lawmaker proposes $100 fee on new studded tires, a ban in 2025
New studded tires would carry a $100 fee if purchased after July 1 of this year and be banned after mid-2025 under a proposal being considered by the House Transportation Committee. The proposal, which would replace the current $5 fee and eventually phase out studded tires, would raise an estimated $3.5 million over the next two years. But that wouldn’t make up for the estimated damage to state roads that a state Department of Transportation study puts at $20 million or more a year. Click here for full story.

The Northwest’s only nuclear plant racks up two ‘green findings’ from federal safety regulator
The federal government recently doled out two “green findings” to the Northwest’s only commercial nuclear reactor. The Columbia Generating Station, near Richland, is run by the utility Energy Northwest. Green findings are the lowest infractions for the nuclear industry, but it’s not the only time the plant’s been in trouble. The plant has also been warned by the Nuclear Regulatory Commission (NRC) in the last few years for several unplanned shutdowns, or scrams. Click here for full story.

LOCAL NEWS
High-speed broadband to increase in parts of Spokane and Stevens counties
Some rural homes and business Spokane and Stevens counties will get high-speed broadband in the future with the help of federal funding. Virginia-based Declaration Networks Group Inc. will receive $390,410 annually to provide fixed wireless broadband and VoIP services to 2,929 homes and businesses in Stevens County. Click here for the full story.

PHOTO OF THE DAY 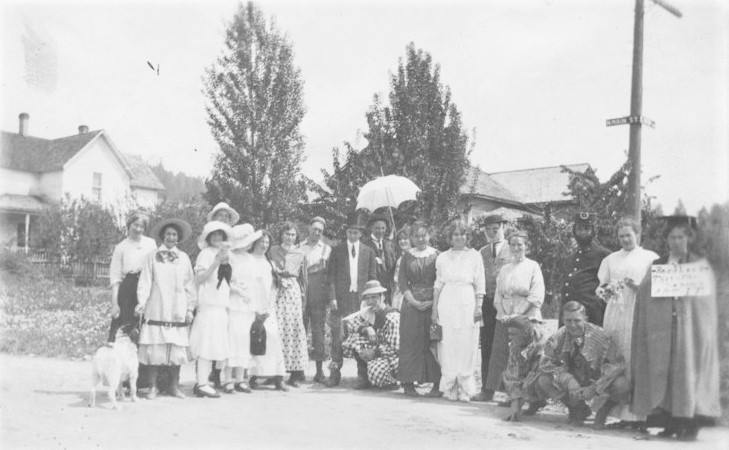 FEBRUARY 1: National Wear Red Day
American Heart Association and GFWC Chewelah Woman’s Club reminds us all this Friday February 1 is National Wear Red Day! In the United States, cardiovascular diseases kill approximately 1 in 3 women each year. GO RED FOR WOMEN is the American Heart Association’s national movement to end heart disease and stroke in women. Good news is 80 percent of cardiac events may be prevented with lifestyle changes and education. GO RED FOR WOMEN advocates for more research and swifter action for women’s heart health. So c’mon Chewelah… let’s don our RED apparel on Friday Feb.1 along with those red dress lapel/hat pins!

FEBRUARY 2: Annual Pencil Drawing Contest
This graphite pencil drawing contest is open to all students grade K-12 in area schools from Summit Valley to Loon Lake. Winners of this contest will be awarded Chewelah Chamber Bucks. The contest begins on February 2 and March 5 is the deadline for entries. All the drawings will be displayed for public viewing at the Chewelah Library in March. Contact Kay Lupton at 936-2010 or Tom Bristol at 936-1300

FEBRUARY 2: Fabulous Free Family Fun
The 4th Annual Jazzy Ball is Saturday Feb 2nd at 6 pm in the Jenkins Junior Senior High School cafeteria (where the band performs during concerts). Cookies and drinks will be served. Everything is free. The Ball is an opportunity for the students to give back to the community. The Jazz band, ASB, and National Honor Society all work to hero make this jazzy evening happen. Come join us!. If you have questions about the event, please call Jennifer at 935-1248.

FEBRUARY 6-7: First Thursday Art Walk
Enjoy the work of local artists in downtown Chewelah for the First Thursday Art Walk from 5:30-8 p.m. on Thursday, Feb. 7. This month’s featued artist is Matt Booth of Room 101. Booth is a jewelry designer, manufacturer, cigar afficiandao and recently launched his own brand of gin. He will give an Artists Talk at Quartzite Brewing on Wednesday, Jan. 9 from 6:30-8 p.m. Then on Thursday, the art of Ellen Breiter will be at Jean Beans, Katherine Cunningham and Michael McCunn will be at Gather, Danelle Fantasia’s art will be at Hello Gorgeous, Joanie Christian and Kris Mack will be featured at Wildflower and Greg and Dort Prichett will be featured at ChewVino.