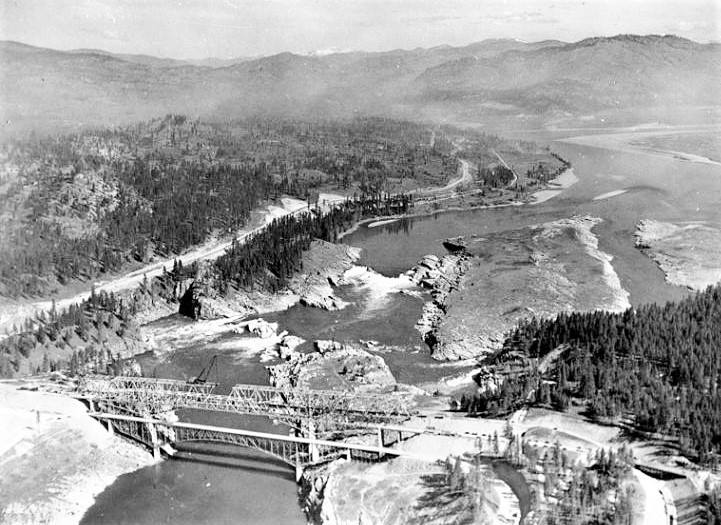 Old and new bridges near old Kettle Falls, Washington, April 26, 1941. – Columbia Basin Clearing Project; Caption: Seen at the lower left is the old highway bridge soon to be removed since it is too low for the rising reservoir. Slightly upstream are two new bridges under final states of construction, the closer being the highway structure and the next the railroad structure, both being cantilever type. In the lower right the railroad under crossing is shown where the new railway passes under the new highway at this point. The Kettle Falls in the background which have been great scenic attraction will be forever covered by backwater during the latter part of May or early June. (PHOTO AND INFORMATION COURTESY OF U of WA Libraries Special Collections/DAM117)