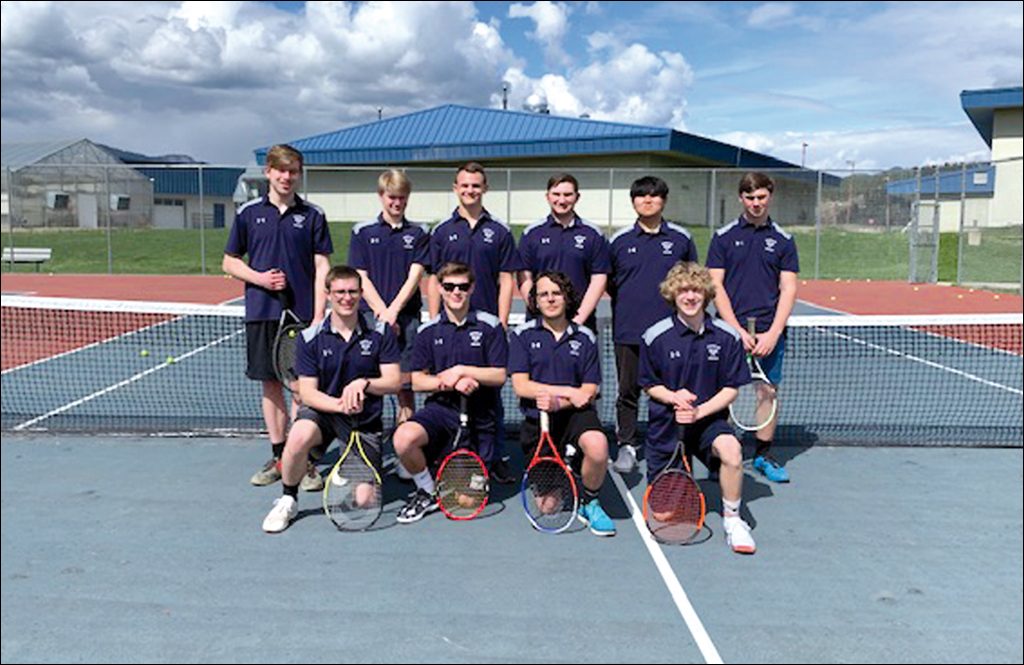 HEADING TO POSTSEASON: Cougars will be in Spokane this week battling for district title…

The Cougar boys tennis team completed an undefeated league season last week with a win over Davenport. Josh Grooms and Juston Hyden won singles matches against the Gorillas. Grooms defeated Tylere Grooms in straight sets, winning the first by a 6-2 score and the second 6-4 in the number one singles match. Hyden goose-egged the number two singles match by scores of 6-0 and 6-0 over Kade Smith.

In the girls division, Hailey Crise was the winner of the number two singles encounter, skunking Mackenzie Bramor by twin 6-0 scores. Jenny Kiefer then defeated Samantha McLaughlin in straight sets, 6-1 and 6-0. Karlee DesAutel lost the number one singles match to Kylena Edwards, 6-1 and 6-3.

The Chewelah girls won by a team score of 4-1. The boys swept their match by a 5-0 margin.

The Cougar tennis teams will be competing in the district tennis tournament at Hart Field in Spokane this week.