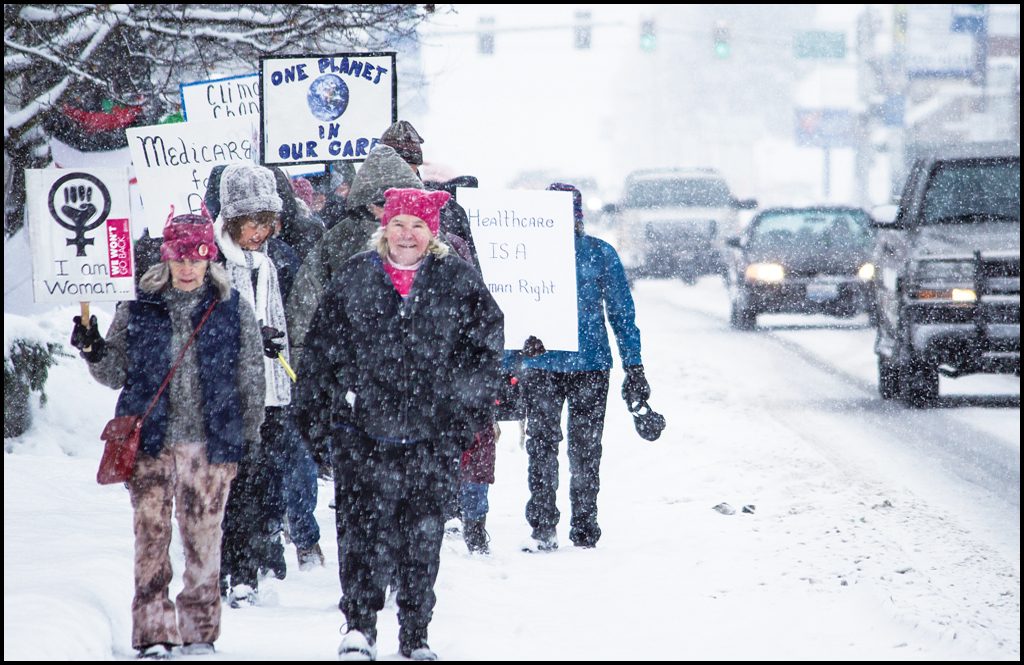 A blustery snow storm and unshoveled sidewalks did little to slow down the Women’s March in Chewelah. Part of many marches across the country which included hundreds in New York and thousands in Washington, D.C., marchers focused on topics of reproductive health, human rights and justice, workers’ rights, civil rights, disability rights, LGBTQ+ rights, climate justice and immigration.

For Chewelah, there were roughly 45 marchers who began at the Chewelah U.C.C. Church, marched down to the park, crossed Highway 395, looped back around to Chewelah’s main stoplight and then ended the march at Chewelah City Hall.

“I think Chewelah participants’ signs certainly revealed that we are focused on these very issues that require attention and vital changes,” one of the march’s organizers, Susanne Griepp, said. “A message I took from the 45 or so participants here in Chewelah was that we are steady and committed to raising awareness and working on these issues to improve our community for everyone, in our small ways whenever possible.” 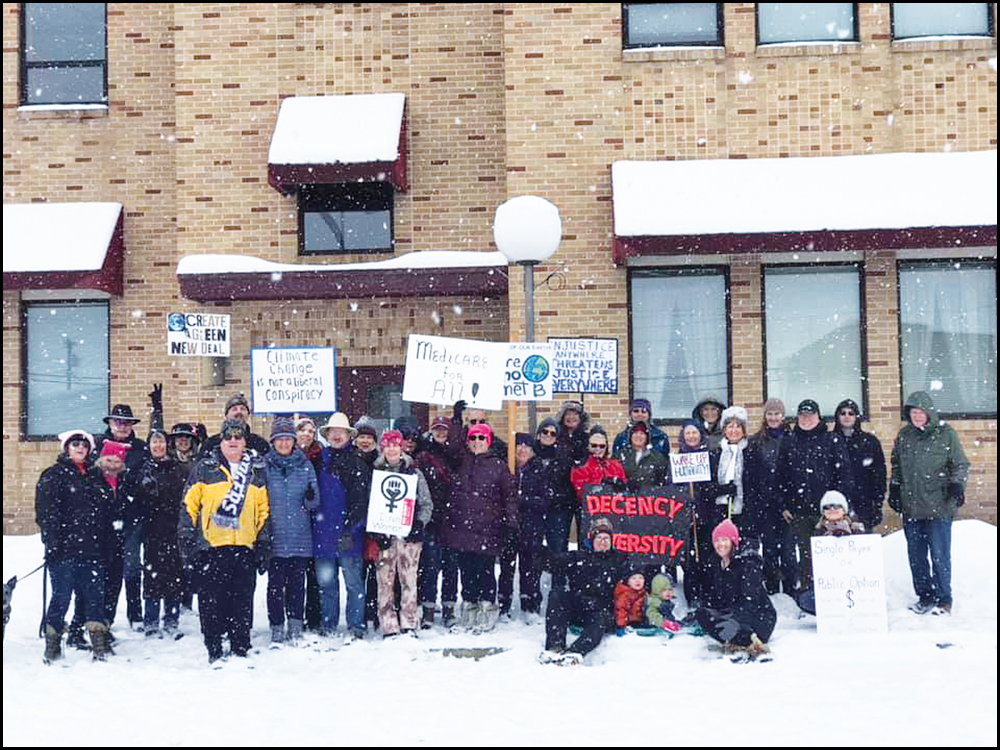 This was the fourth Chewelah Women’s March and Griepp added she was grateful for the big turnout on a stormy and messy day.

Griepp said members of the marches provide each other support and inspiration, and they realize that positive action must result from the gathering. She added while marchers are busy with demands of everyday life, many try to keep active.

“That may mean running for office, filling a leadership or support role on local boards, community service groups, calling representatives, attending and participating in decisions that shape local programs and support systems, voting rights and supporting our families, our health and environment,” Griepp said. “Real actions and staying informed and engaged continue to be required. And I think interest and participation has broadened across our community in the past few years.”

While turnout for women’s marches in Chewelah and nationwide had been higher in the past, weather certainly was a factor. There was heavy snow, poor driving conditions for people to come to town and the sidewalks had several inches of snow on the ground.

In 2017, the Womens March drew hundreds of thousands to rallies in cities, and the march in D.C. drew close to one million people.

The Women’s March has become one of several marches that have happened in Chewelah since 2017. Several other marches during the years have including specific topics like climate change or immigration. The Women’s March in 2017 was the first, however, and was a sight many Chewelah residents had not seen before.

Several criticisms of the march had been lobbed in photo comments on The Independent of the march in years past. Criticism pointed at the content of signs, the appearance of the marchers and the underlying political ideals.

But overall, the marchers have said these experiences off of social media have been positive.

“I saw a lot of smiles among marchers,” Griepp said. “Whoops and cheers sounded when drivers in cars going by, honked the horn. I heard some say they suffer from anxiety and are exhausted as a result of constant threats, untruths and assaults by the current administration in D.C. What happens in the capital of our country and our state, effects every one of us here.”

“Overall, despite the pouring snow, and slippery terrain, I think folks felt it was good and meaningful to share in the national march here again,” Griepp said. 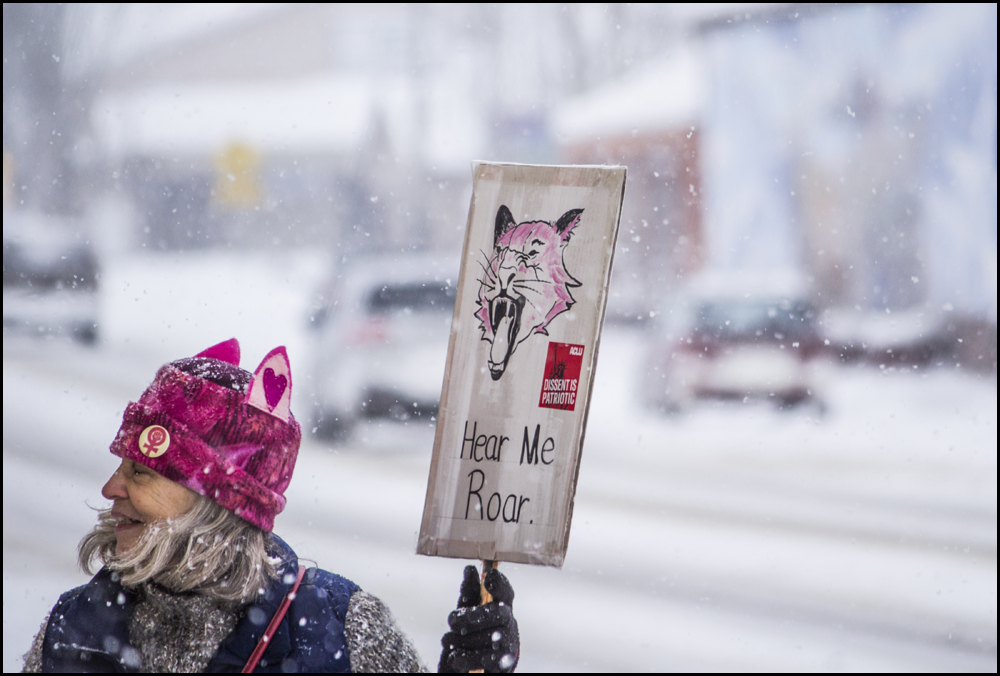