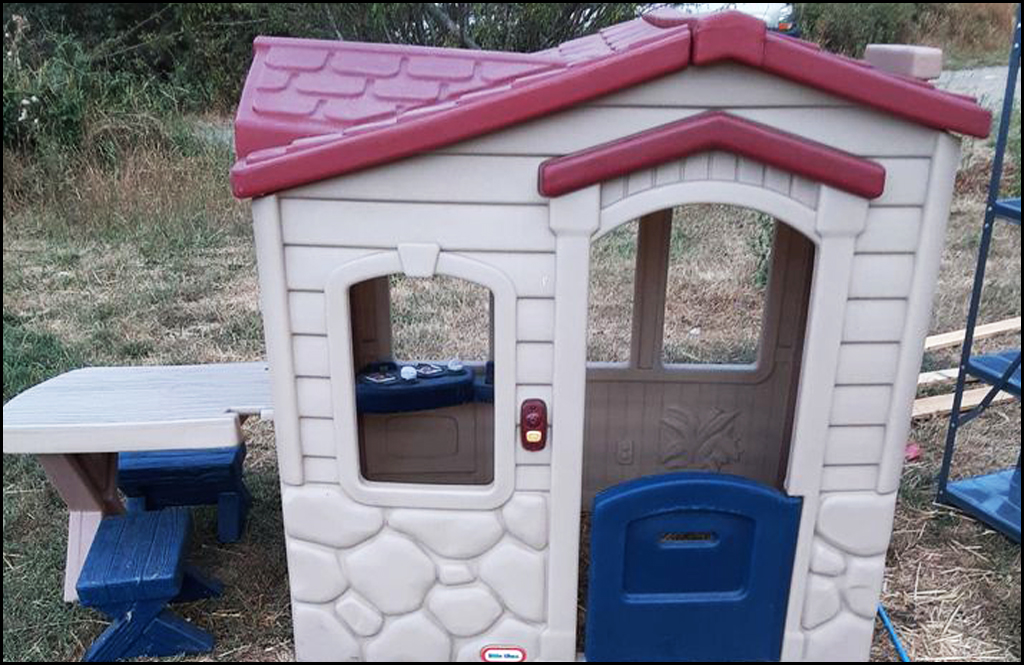 A Stevens County resident is selling her husband’s “tiny house.”

Kitchen needs some TLC, but it can be yours for $75…

Deborah Hollis Glover of Addy wanted to sell off her husband’s tiny house and posted on the Chewelah Classifieds photos of the structure, along with a price of $75.
Tiny houses have become more and more popular in the past decade, but this tiny house was a bit different.

It was a Fisher Price play set.

“My husband has decided that he does not need his tiny house,” Glover wrote in the description. “It has an open floor plan with an air atmosphere. Windows on three sides.”

The play set probably would not fit the average Stevens County male, so the newspaper is following up and figuring out how the husband lived in said tiny house.

The selling point that Glover pushed was the views the plastic house would offer.

“The view should be great just depends on where you park it,” she wrote. “ It is tiny enough that if you don’t like the view just move the house. It has a patio set up, an attach table with two benches. Just the right fit for the small amount of room.”

There were some issues, Glover said, as the kitchen needs some TLC after many years of use.

Glover added that she needs the house gone so that her husband will get the “wood pile stacked for her house.”