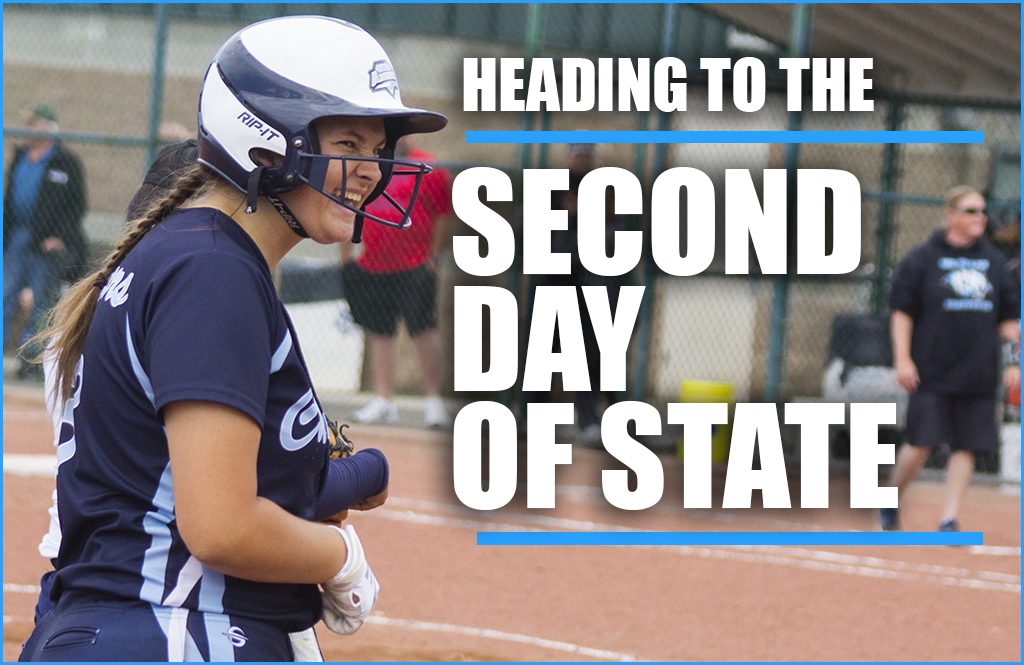 Cougars still in the running to trophy at state tourney…

Chewelah punched their ticket to the second day of the state tournament thanks to their 13-7 victory over Brewster in the first round of the State 2B Softball Tournament in Yakima. A hot Pe Ell-Willapa Valley team (two games removed from upsetting the No. 1 team in the state) handed the Cougars an 11-5 setback in the state quarterfinals, but Saturday is still wide open for Chewelah to snag a trophy.

Friday night’s state quarterfinal, which had a late start time thanks to game overruns and the umpires being late, saw a lot of hits by PWV but the Cougars had their moments. Chewelah lead 3-1 after the first inning but a six-run rally by the Titans in the bottom of the second set the tone en route to the 11-5 final.

Several times afterwards Chewelah would put baserunners on and in scoring position but couldn’t bring them around. The Cougars finished with six hits while PWV had 15 hits.

At the plate, Kennedy Robison led the team with a 2-for-3 batting performance, this after taking a line drive off her foot. Zandra Nelson also had a double in the game.

Pitcher Abby Fuller tried to help her cause with two RBI, while Nelson also drove in a run. The Cougars left 10 baserunners on base during the game.

Of PWV’s 11 runs, only several were earned. Chewelah committed four errors in the matchup.

The Cougars will now face Toledo today in the consolation bracket at 10 a.m. Toledo is 13-11 on the season.

The Cougars took a big early lead and fought off any Brewster comeback in a 13-7 first round victory for Chewelah in the State 2B Softball Tournament.

Zandra Nelson had three hits in the matchup, while Bailey Smith and Leah Carpenter each notched two hits.

Chewelah led 8-3 after two innings and added four more runs in the bottom of the forth. Brewster would add two runs in the fifth and three runs in the sixth but it was too little, too late.

Carpenter, Abby Fuller, Nelson and Kennedy Robison each had doubles while Baylee Sabosky notched a triple.

BRADLEY’S TKD BREAK OF THE GAME
The Cougars big break didn’t even happen on the field. The bus broke down on Chewelah’s way to state, stranding the softball team near Moses Lake. The team had to wait two hours for a replacement bus and spent the time dancing, singing and who knows what else. It didn’t seem to hurt the Cougs any during their first state game as they scored eight runs in two innings.

HEALTHY EXPRESSIONS SMILE OF THE GAME
Bailey Fuller made several fantastic outfield plays during the PWV game. She made more than a few catches that would have been dropping in for a single for nearly any other fielder. In left field, Leah Carpenter and Zandra Nelson played a ball that looked like a homer so well the PWV batter was held to first base on a ball that hit the outfield fence. Not many almost home run singles in the game of softball.

CHAMBER OF COMMERCE WHAT WE’RE MISSING ABOUT CHEWELAH
Haven’t Been to Miners yet and we’re really missing Sporty’s burgers right now. Does Sporty’s deliver to Yakima? Our reporter had to eat popcorn from State baseball yesterday for dinner.

CHEWELAH GOLF COURSE AND COUNTRY CLUB SWING OF THE GAME
Baylee Sobosky hit a masterful opposite field hit down the first base foul line that resulted in a triple for the Cougars against Brewster. Abby Fuller also hit a double that drove in two runs resulting in her from en-acting a somewhat inappropriate scene from “Major League 2” but we will take it here in Chewelah!