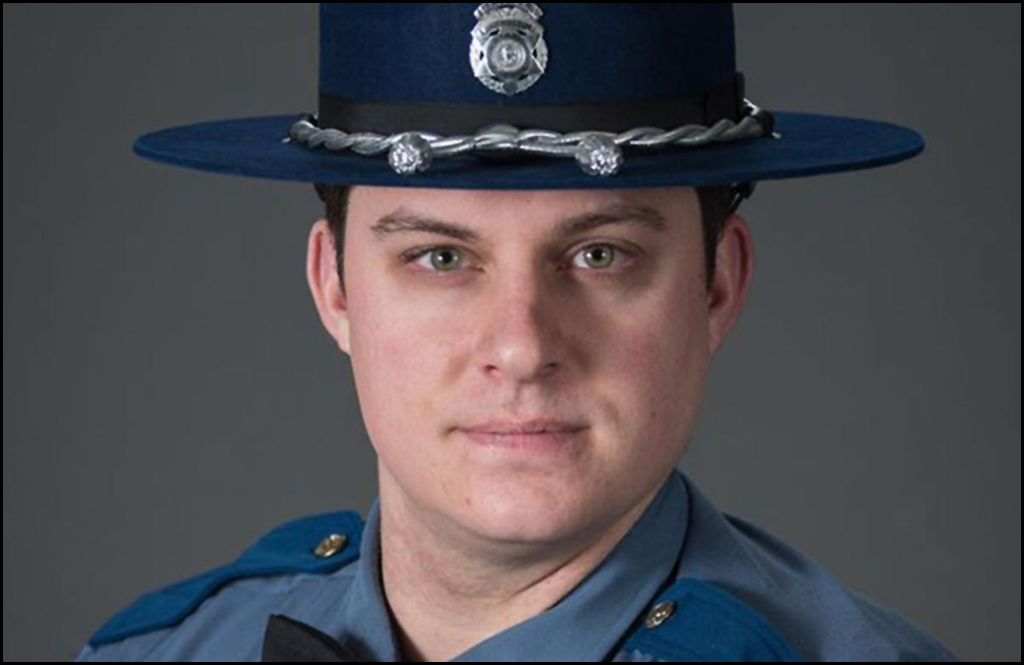 He is the son of Chehalis Police Chief Glenn Schaffer. He is survived by wife Sandra, brother Brandon and his parents, Glenn and Sheila.

“With a very heavy heart, I announce to the citizens of the great state of Washington, we lost a great trooper today,” Batiste said at a press conference. “Justin Schaffer has been with the agency for seven years, he’s done a lot of great things for the agency. He was a K-9 officer, his dog Frankie, we are going to take very good care of, a husband, a son of a police chief in this community and a wonderful mother.”

According to Batiste, Schaffer was out of his patrol car deploying spike strips in an attempt to end the pursuit of a robbery suspect being chased on southbound Interstate 5 near mile marker 79 in Chehalis when he was hit by the suspect’s vehicle.

“The trooper was attempting to end the pursuit by deploying spike strips and we are still investigating the circumstances as to why, but it led to the trooper being struck by the suspect vehicle,” Batiste said.

The suspect driving the vehicle that killed Schaffer was identified by Lewis County Sheriff Rob Snaza as William D. Thompson, 39, of Olympia.

Currently, Thompson faces a charge of vehicular homicide, Snaza said. He was booked Tuesday afternoon into the Lewis County Jail.

“(Thompson) was wanted out of Thurston County and another county further north,” Snaza said.

According to Snaza, the Thurston County Sheriff’s Office had identified Thompson, had probable cause for his arrest and initiated the pursuit that continued south into Lewis County.

After Schaffer was struck, the pursuit continued for approximately three more miles where Thompson attempted to exit on an offramp near mile marker 76 and crashed into a light pole, Snaza said.

“This investigation is ongoing and will be ongoing for several months,” he said.

Schaffer is an Adna High School graduate, who served seven years with the WSP, most recently with K9 Partner Frankie.

A memorial service for Schaffer is pending due to coronavirus restrictions, but the WSP is working with the family and considering options of how to honor Schaffer appropriately, according to a release.

“My heart is broken for the family and our prayers go out to them,” Snaza said.