STATE 2B REGIONAL BOYS BASKETBALL: Dragons clamp down on Onalaska 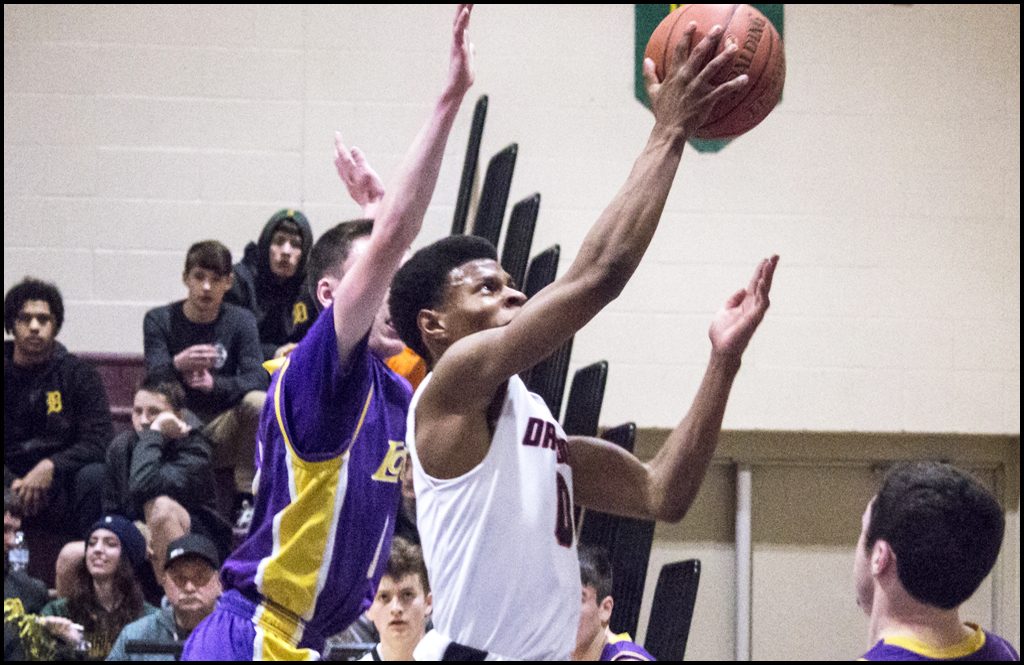 CONTINUED EXCELLENCE: NE 2B North Champion St. George’s battles past Onalaska in regional round of State 2B Boys Basketball Tourney…

With two years of finishing in second place at the State 2B Boys Basketball Tournament, St. George’s had its eye on the prize.

They took their first step towards that prize, taking down No. 7 Onalaska 43-37 on Saturday at Mt. Spokane High School in the regional round of the state playoffs.

“It was a great win for us, but we’ve got to keep going,” St. George’s senior Dan Rigsby said.

While a seeding game, both teams played physical and gritty, but foul trouble caught up to the Loggers and they only managed 15 points in the second half.

“It was a thriller,” Onalaska coach Wayne Nelson told the Centralia Chronicle. “We had a tough time scoring all night, but so did they. It was a low-scoring, tough game. We were in it down to the last minute.”

Onlaska led at halftime 21-18 and Rigsby, who would lead the Dragons with 21 points – including many fast break points – said that the first half saw some mental breakdowns by St. George’s.

“We kind of flowed into charges instead of standing in and taking them,” Risgby said. “But we attacked their players with fouls and started to realize this is our time, this is our moment and this is where we grind it out.”

Onalaska led 30-24 midway through the third quarter but turned the ball over twice in the backcourt to Rigsby, who made them pay. St. Georges would score four straight times during this stretch and would begin to take over.

“One thing we want to talk about when it comes to Dragon basketball is defense,” Rigsby said. “We don’t ever stop. If anyone sees an opportunity on defense we are going to gamble a little bit and take that opportunity.” 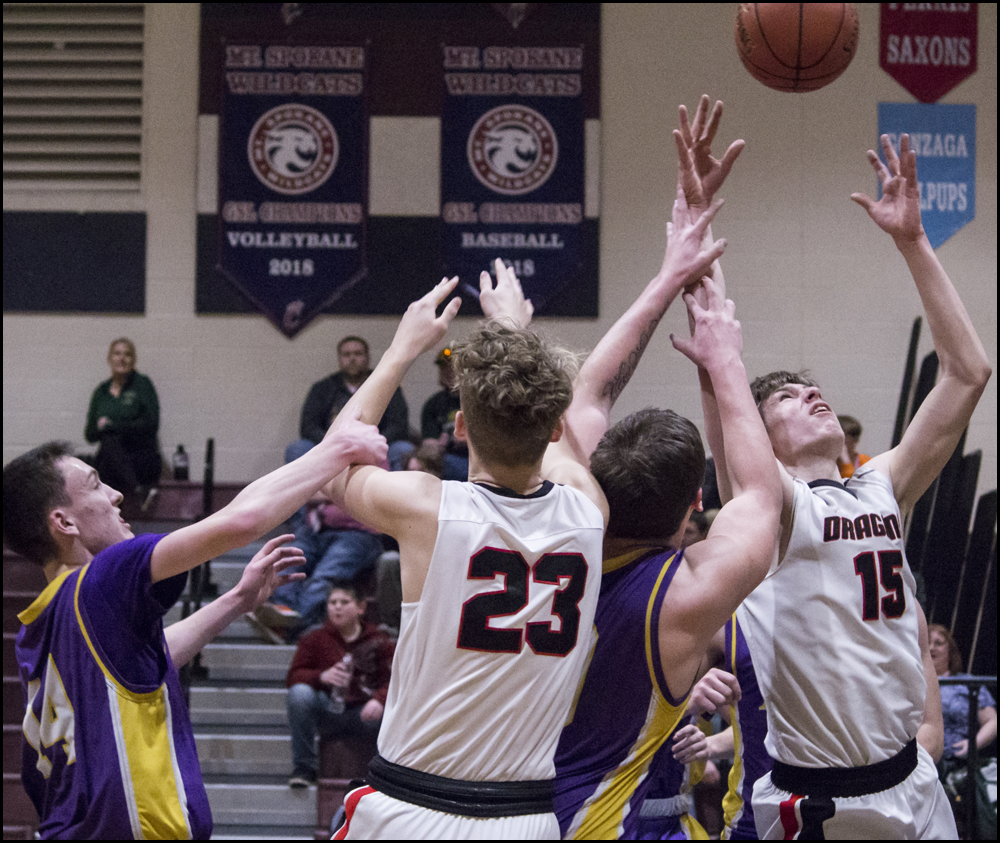 This philosophy led to many fast break points for the Dragons. Rigsby surpassed the 1,000-point mark during the game, while post Nico Morales added 11 points and 13 rebounds for St. George’s.

St. George’s would take the 31-30 lead after three quarters and then finish the game on a 12-7 run for the victory. Foul trouble would also hamper the Loggers, and the Dragons made it to the free-throw line 25 times.

“The state tourney is a big deal and we have a young team,” Rigsby said. “I am one of two seniors, we have a lot of sophomores and juniors and we’re hungry and we came into this game prepared.”

While a seeding game, Rigsby re-iterated that it was important for the Dragons to win the matchup and get that bye in the fast-paced action at the Spokane Arena.

“Just like that you can be out,” Rigsby said. “We try to play as few games as we can, so this is a game we have to take seriously.”

The win gives St. George’s a bye in the bottom of the bracket as they will face the winner of the No. 9-seeded Colfax and No. 8-seeded White Swan game on Thursday at 9 p.m.

The win improves the Dragons to 20-4 on the year.

Onalaska faces District 4 foe Willapa Valley (18-8) in a loser-out state opener at 5:30 p.m., Wednesday, in Spokane. The Loggers beat the Vikings 69-42 at the district tournament on Feb. 21.

ST. GEORGE’S GIRLS RUNS  OVER ORCAS ISLAND
A hot start in the first half ended up being a 67-27 victory for the St. George’s girls team over Orcas Island in the regional round of the State 2B Girls Basketball Tournament on Saturday at Mt .Spokane High School.

The No. 9-ranked Dragons knocked the No. 16-ranked Vikings out of the playoffs by jumping out to a 42-10 halftime lead.

The win improved St. George’s record to 21-5 and moves the Dragons into a Wednesday matchup against No. 8-ranked Tri-Cities Prep on Wednesday at 2 p.m. in the Spokane Arena.This is also St. George’s fifth straight win on the season.