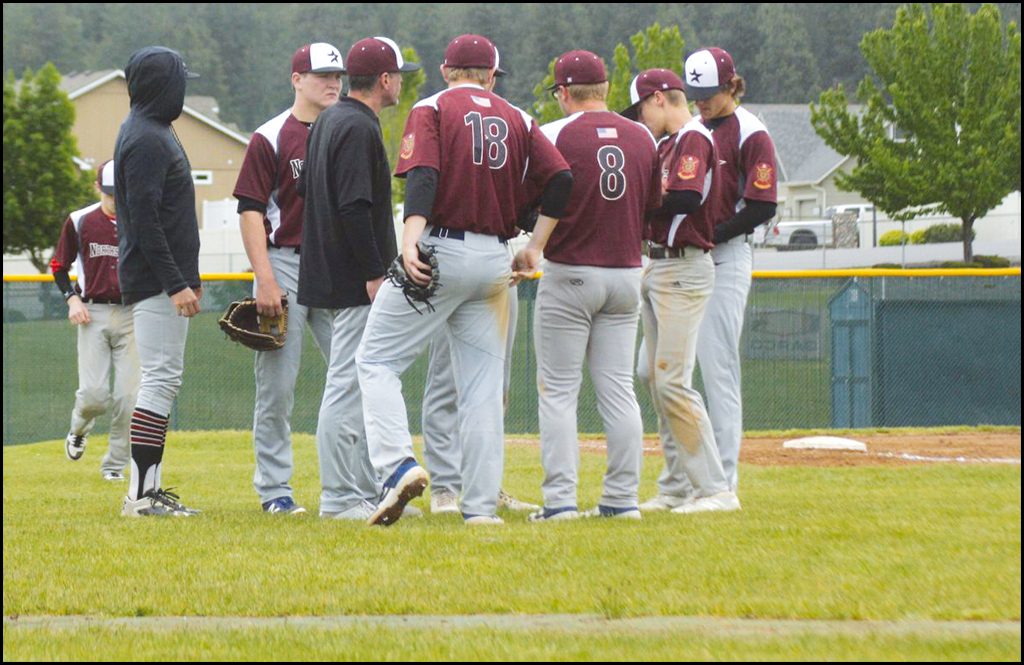 The Spokane Northstars will have a lot of versatile players on the roster this year. (Angie Sweat photo)

HOT STOVE LEAGUE: Many Chewelah players called up to play against Spokane schools…

While the Spokane Northstars primarily serve the Mead area in terms of baseball, the AAA Legion squad under Eric Krausz will have a decidedly large chunk of the roster dedicated to Chewelah. Carl Oman, Zak Kubik, Andrew Sweat, Cole Davis, Johnny Larson and Justin Rollis will all be members of the highest level Legion Baseball has to offer.

Typically designed for the oldest high school and first-year college-aged kids, the Spokane Northstars are already 6-8 on the year in a busy schedule that includes both league games and weekend tournaments. Last year, the Northstars were sixth in state and really came on at the end of the year.

Krausz, along with Chewelah assistant Matt Robinson, are coaching the team and feel the bunch are hungry for success. Summer legion ball can really set the team up for success in the spring school season. Krausz has been happy with how the team is gelling on the mental side, and on the athletic side likes the versatility of the kids who can both pitch and play in a position.

The majority of the Northstars’ games will be at Shadle Park and face many other Greater Spokane League squads which gives the Chewelah players invaluable experience against a high level of competition. They’ll face teams from Freeman, Pullman and Gonzaga Prep as well.

“It’s extremely valuable in order to be excelling to see challenges every day,” Krausz said. “The speed and the competition of this level helps players go back to their high school teams and have things be a little more automatic. They’re able to slow down the game more because they’ve been in these situations before.”

Also on the squad was former Chewelah standout Elan Krausz before an injury, but the Northstars also have Colville’s Tayeb Wilson and Selkirk’s Jay Link on the roster. Both were standouts on their NE Washington teams.

“I’m super excited about the talent we have with a mix of younger and older players,” Krausz said. “The older players can mentor the young players and really lift everyone up. How you react to failure in baseball makes you an even better baseball player.”

The Northstars do have one home game scheduled in Chewelah at the Barbour Complex on July 2 beginning at 3 p.m.

NORTHSTARS 7, MT. SPOKANE 5
Brandon Moore had two hits, including a triple, and drove in three runs for the Northstars as they downed Mt. Spokane 7-5 on June 1. Elan Krausz had three walks in the game and stole four bases. Jay Link notched a hit and also stole a base.

SPOKANE EXPOS 14, NORTHSTARS 3
Despite eight hits, the Northstars could only muster three runs in a loss to the Spokane Expos on June 1. Brandon Moore and Lucas Miracle each drove in runs for the AAA Northstars, while Khalil Tibury had two hits in the game.

NORTHSTARS 5, SHADLE PARK 1
The Northstars notched 10 hits as a team and defeated Shadle Park 5-1 on May 31. Justin Rollis picked up the pitching win, going six innings and striking out seven while Andrew Sweat had three hits and two RBI in the victory.

PALOUSE PATRIOTS 2, NORTHSTARS 1
Andrew Sweat pitched six innings and struck out four, keeping his team in the game, but in the end, the Palouse Patriots notched two runs in the fifth and held on for the win. Justin Jones drove in the Northstar’s lone run on May 29.

PALOUSE PATRIOTS 13, NORTHSTARS 3
Elan Krauz notched a hit and an RBI, while Justin Jones drove in two other runs, but the Northstars couldn’t slow down Palouse’s bats. The opposing team finished with 16 hits in the win on May 28.

NORTHSTARS 5, FM SPORTS 2
Carl Oman had two hits and drove in a run as the Northstars downed FM sports 5-2 on May 26. Tayeb Wilson pitched seven innings and struck out 11 along the way. Zak Kubik also had a hit and RBI in the victory. All of the Northstars’ runs came in the fifth inning when they were down 2-0.