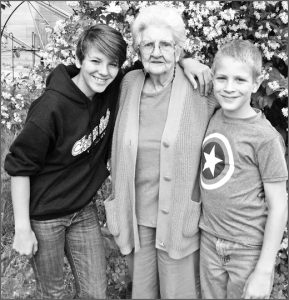 Sonia Gayle Falstad passed away Wednesday, December 19, 2018 at her home in Addy. She was born December 7, 1930 in Chewelah to Lester and Lillian Brownfield, the youngest of six children.

Sonia was preceded in death by her parents, all her siblings and her husband, Wayne.

Per her request, there will be no services. Memorial contributions may be made to the Make a Wish Foundation or the charity of one’s choice.