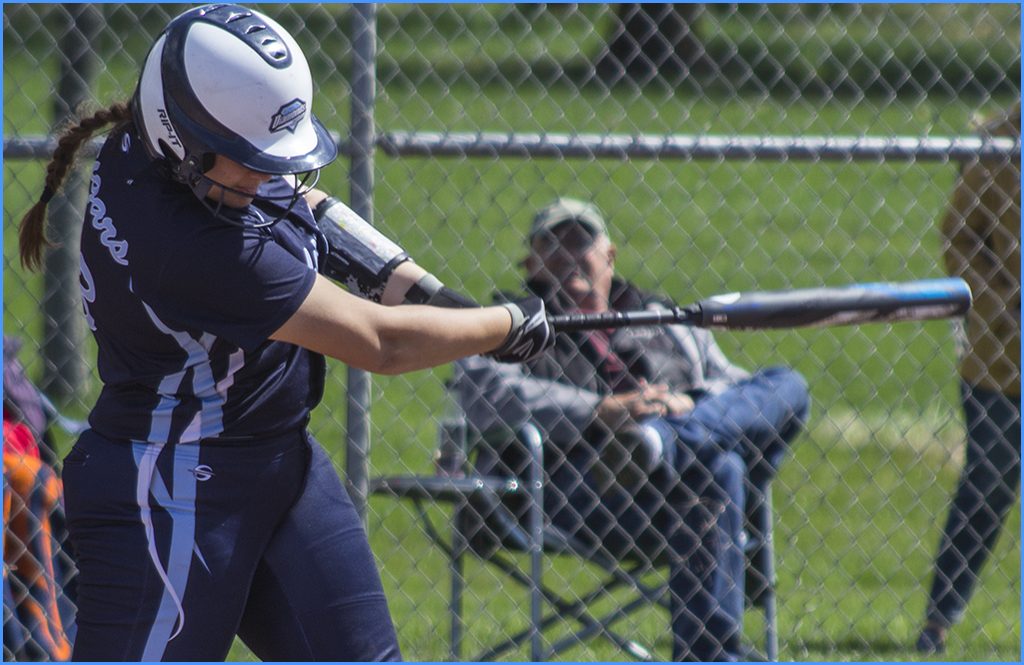 Chewelah’s Baylee Sobosky had a big doubleheader against 1A Lakeside. (Brandon Hansen photo)

Lakeside is no stranger to success at the State 1A Softball Tournament and their 10-2 record showed that coming into a doubleheader against 2B Chewelah on Tuesday. But then again, the team is probably thrilled they don’t have to face the bat of Baylee Sobosky again.

The Eagles took the first game 4-3, but the Cougars won the back end 7-3 and while it was a nonleague contest, it went to show Chewelah could probably do some damage this year at the 1A level, nevermind the 2B level where they currently sit.

In the first game, the Cougars outhit Lakeside 11-8 but a walkoff score by the Eagles in the bottom of the eighth resulted in a 4-3 defeat.

Much like the bad guys in Empire Strikes Back, however, the Cougars came storming back in the doubleheader’s sequel, notching a 7-3 victory over Lakeside. Abby Fuller pitched a quality game, allowing just three runs on nine hits.

Chewelah amassed a 7-1 lead in the third inning thanks partly to a home run by Madison Koler, an RBI by Kennedy Robison and a double by Baylee Sobosky.

Leah Carpenter finished the game with three hits and a double, while Sobosky had three hits, two doubles and two RBI.

Bailey Smith also had two hits in the game.

Chewelah improved to 9-3 on the year and will play at Riverside on Friday.