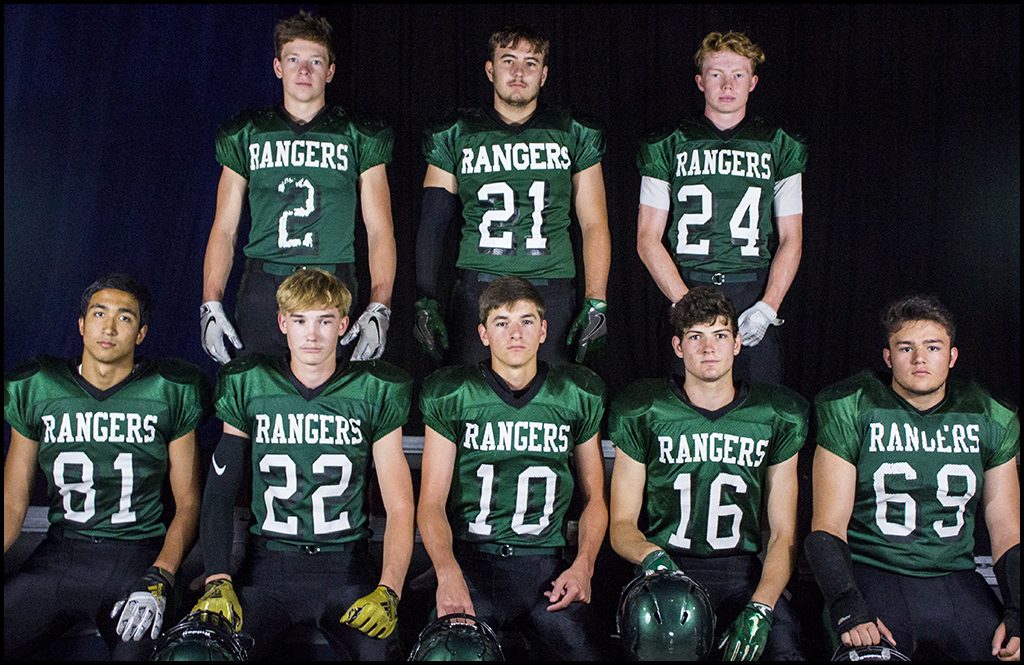 The Selkirk Rangers have high expectations this football season with an experienced roster that includes eight seniors and six juinors leading the way. (Brandon Hansen photos)

FANTASY FOOTBALL: Rangers look like they could have a historic season after statistic smorgasbord  in 2018…

When it comes to Arena Football, the closest you can get to it in NE Washington is the 1B football ranks. The 8-man variety of football is both fast-paced and high scoring.

Selkirk doesn’t need the short 50-yard field to score a bunch of points, however. The Rangers have become akin to the 2001 St. Louis Rams “Greatest Show on Turf” but instead on the uneven grass fields of rural 1B football.

For its 2018 campaign, the Selkirk Rangers went as far as any 8-man team from Ione had gone in the playoffs in school history. For its 2019 season, the Rangers are ready to see just how far they can rev the scoreboard, their team record and their road through the post season. 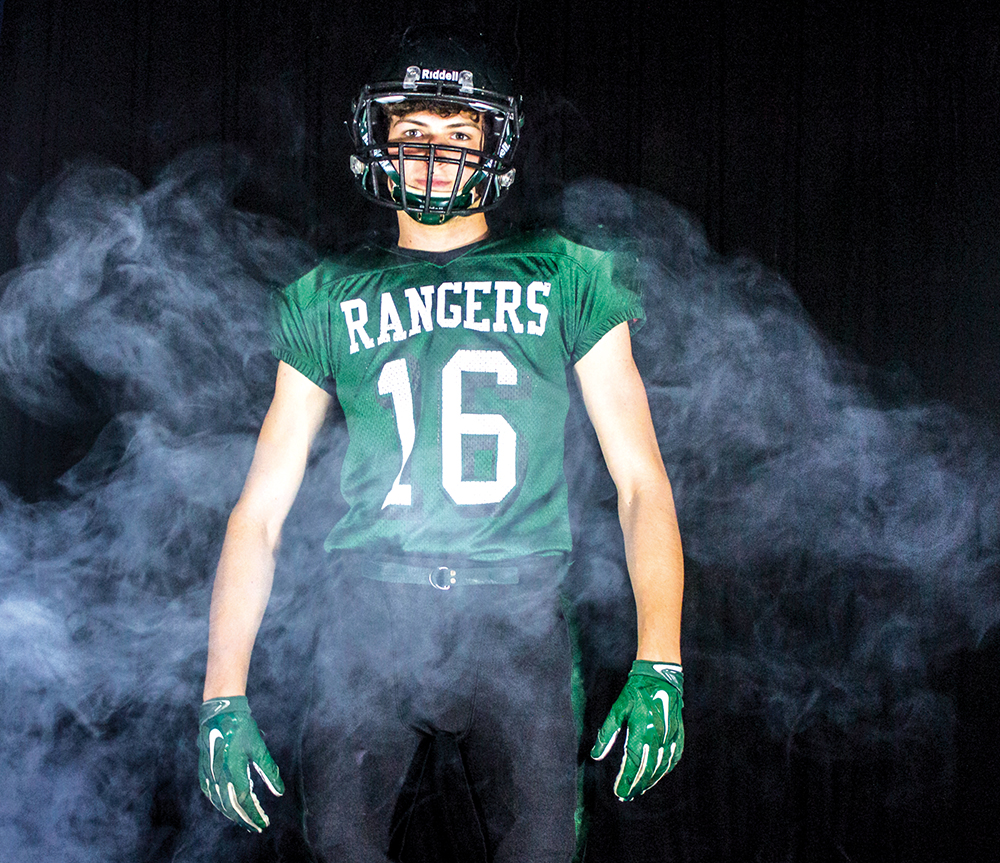 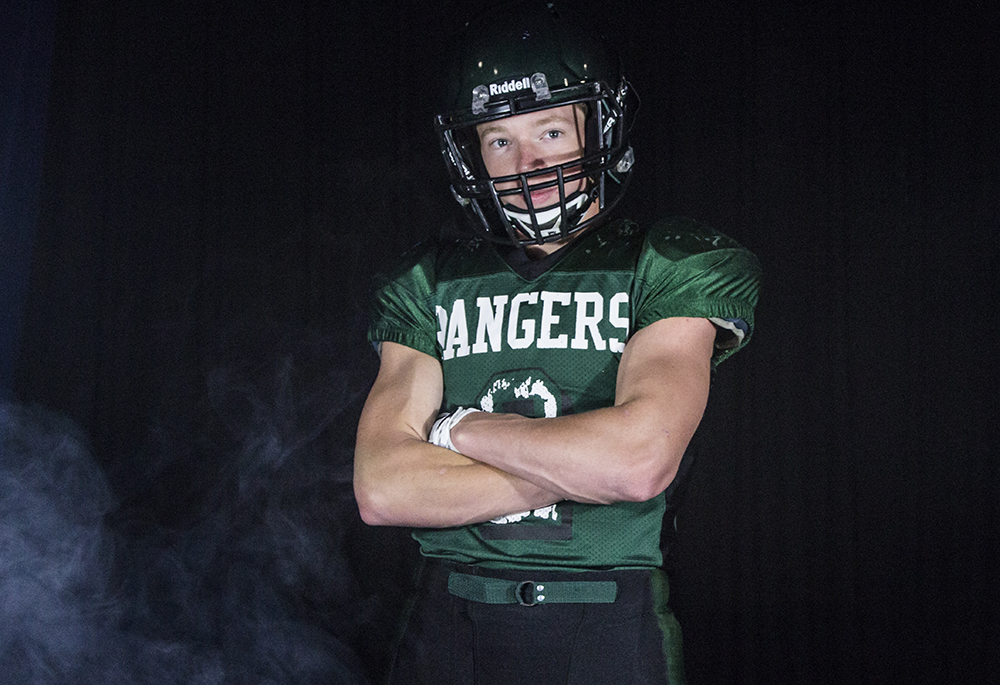 “I felt like we grew and improved throughout last season and we finished the season strong,” Selkirk Head Coach Jeremy Link said.

So who are the boys in green? Well, they will have you seeing red if you blink while playing defense.
Back at quarterback is four-year starter Jay Link who might be NE Washington’s Fantasy Football darling. Link led the state last year in total yardage with 1,131 yards and eight touchdowns on the ground, while also passing for 2,310 yards and 36 touchdowns through the air. He is 13 touchdowns from setting the school career passing TD record and he set Selkirk’s single season TD record last year. He is also an all-league defensive back. He was also on the Associated Press’ All-State team.

[Side note: Link grew up in Chewelah and is the cousin of Cougar quarterback Jake Jeanneret. He spent the summer on the Spokane Northstars with a lot of Chewelah players.] 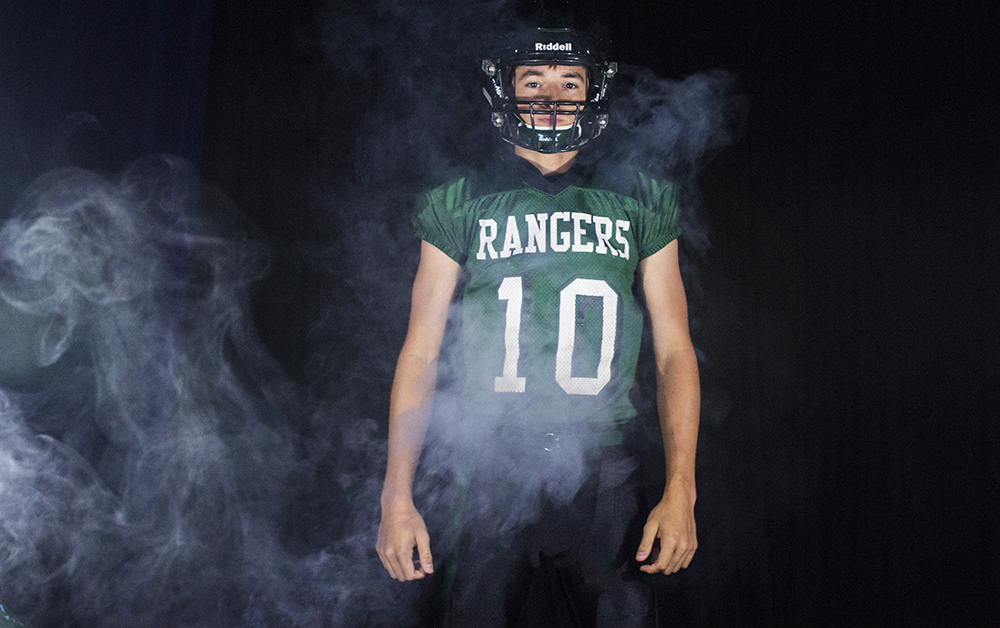 At running back and linebacker, Ty Taylor is a four-year starter and a first team all-defensive player and second team all-league offensive player. He had 93 tackles four sacks and 13 touchdowns last season.

Zech Curran will bring his first-team all-league wide receiver and second team all-defensive end frame to the field. He had 1,086 receiving yards and 15 TDs last year. Those are Madden numbers for high school football, and would warrant a franchise tag if Selkirk participated in NFL negotiations.

“Justin is a fast receiver and a deep threat on offense,” Link said.

Slade Powers is a first-team all league offensive lineman who is also on the defensive line. He had eight sacks last year. 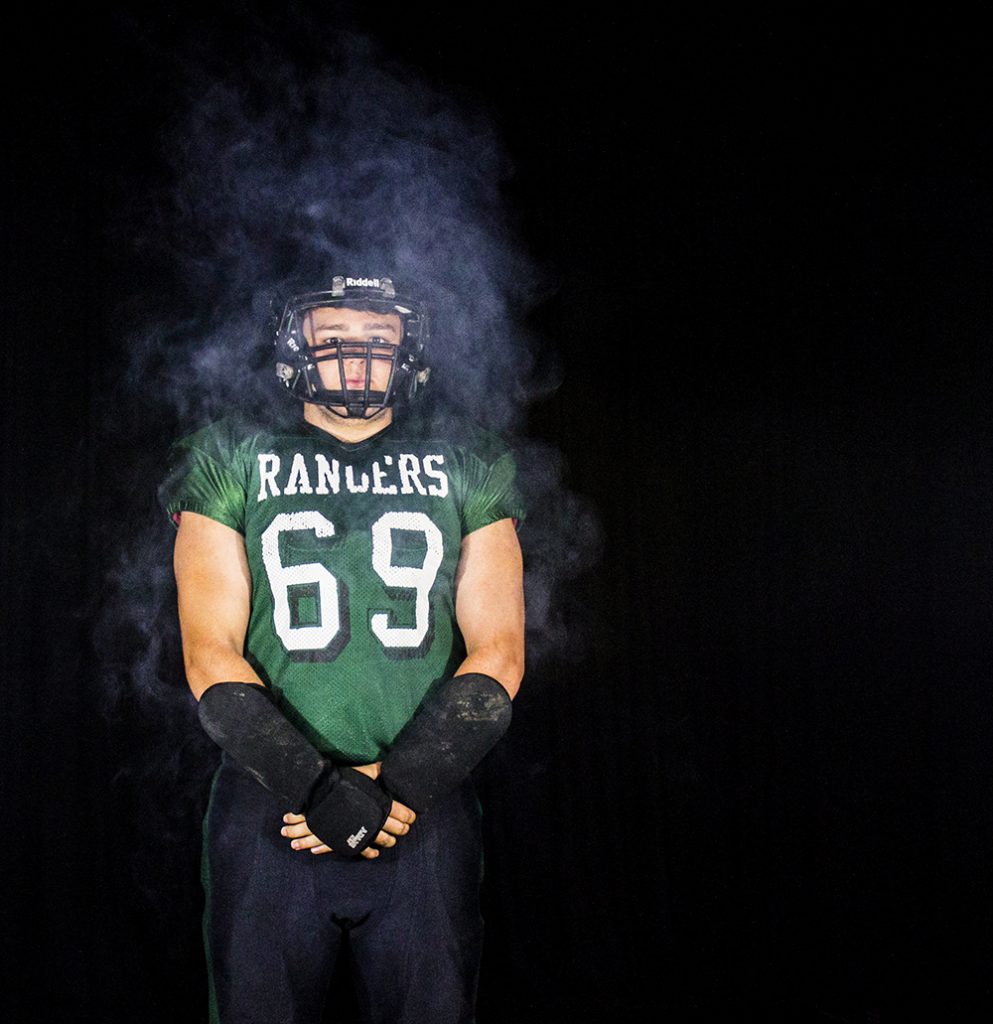 Providing more offense will be Aiden Penney at running back, with fast, shifty running while also playing DB on defense. Steven Davis returns for his senior year after sitting out the junior campaign. He was a starting WR back in 2017 and he will also play defensive back.

“Steven is a big, strong kid who blocks and catches the ball really well,” Link said.

On defense, Luke Couch is a first-team all-league linebacker with 101 tackles and seven sacks last season.

“Luke is an aggressive hard-hitting coach’s dream on defense,” Link said. “Luke is very balanced at running back who has both power and speed.”

Bert Bernett will return at guard and linebacker this year after collecting 97 tackles and five sacks in 2018, while Cody Stafford will bring his 6’3”, 200-pound frame to the center and defensive end position. Conner Bailey will also serve as a junior wide receiver, guard, linebacker and defensive back. 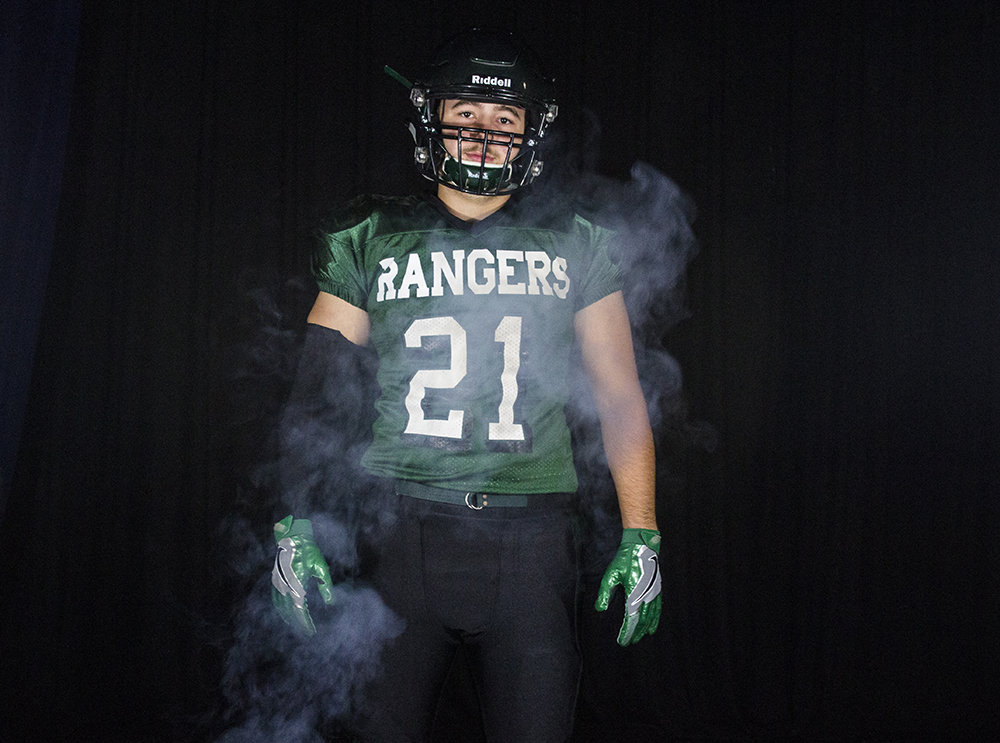 “Conner does it all for us. He’s a Swiss Army knife and he’s a tough kid who is willing to do what it takes for the team to be successful,” Link said.

Coming into the year, it looks like Republic, Cusick and Selkirk will vy for the top three spots while Northport will be much improved as their team hones in their own fast-paced offense.

“We need to stay healthy this year and not give up big plays,” Link said.

Selkirk gets a big test to begin the year, facing No. 3 Entiat at home. On the Rangers’ side is their numbers; they had a whopping 26 kids turn out for football this year, which is a massive squad for the 1B ranks. This means Selkirk should have some depth throughout the year, which is sometimes the deciding factor in 1B dogfights.

So, get a ticket, order a hot dog and get ready for the “Greatest Show on Turf” Pend Oreille County edition. 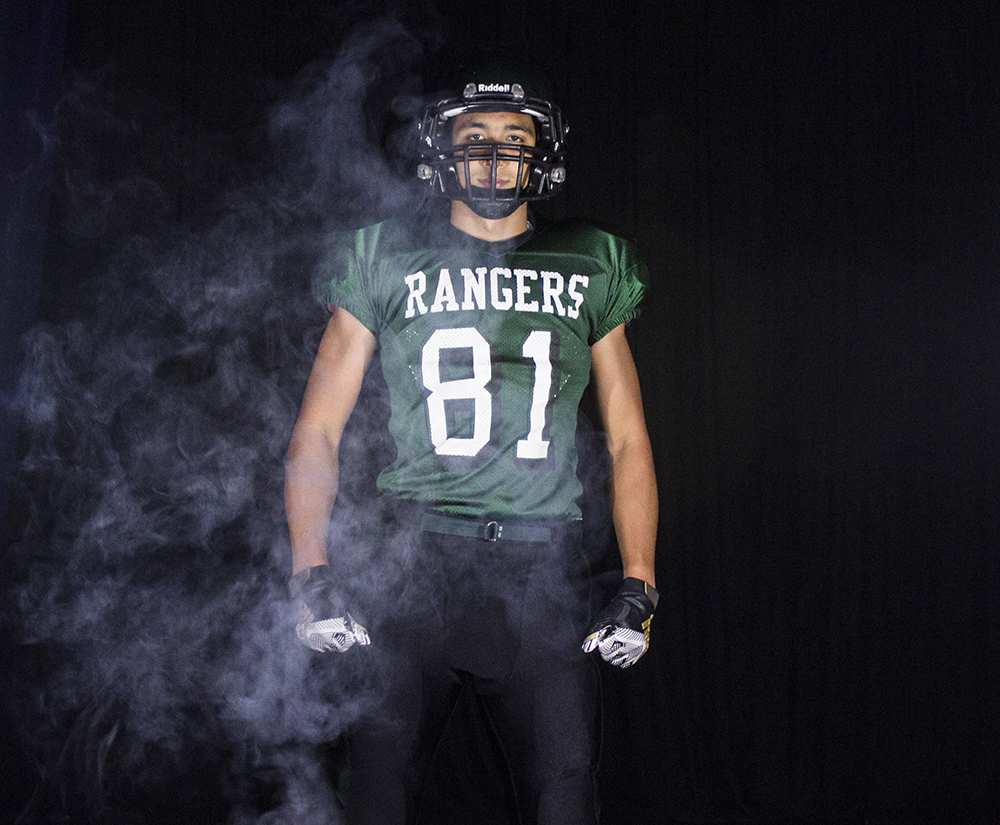 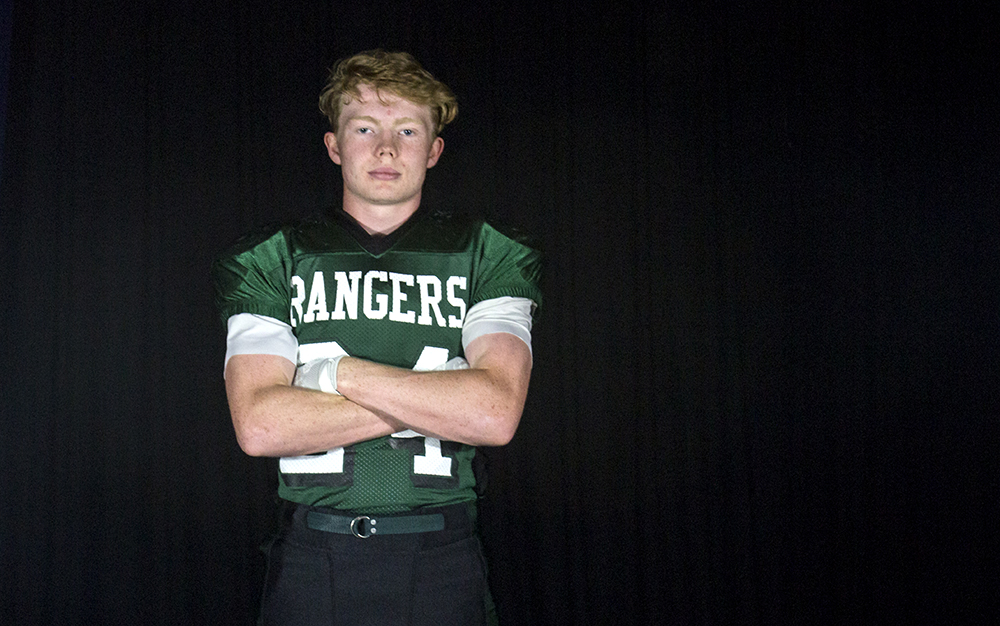 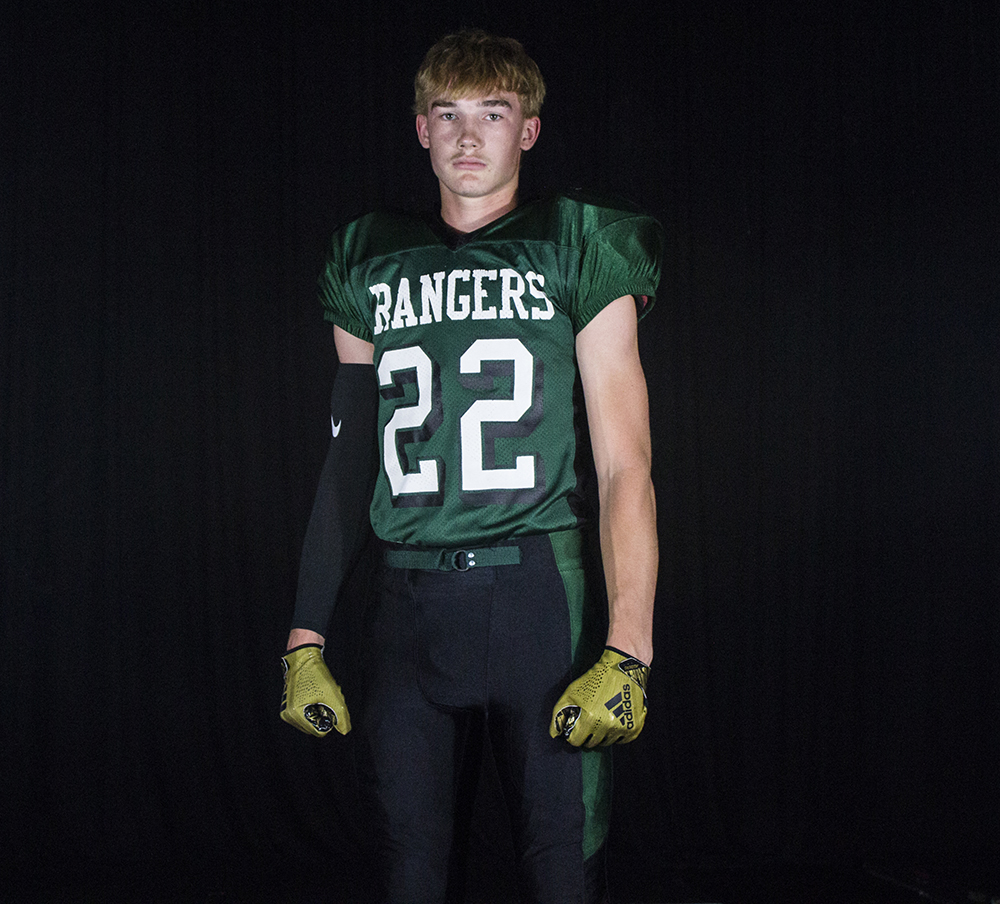