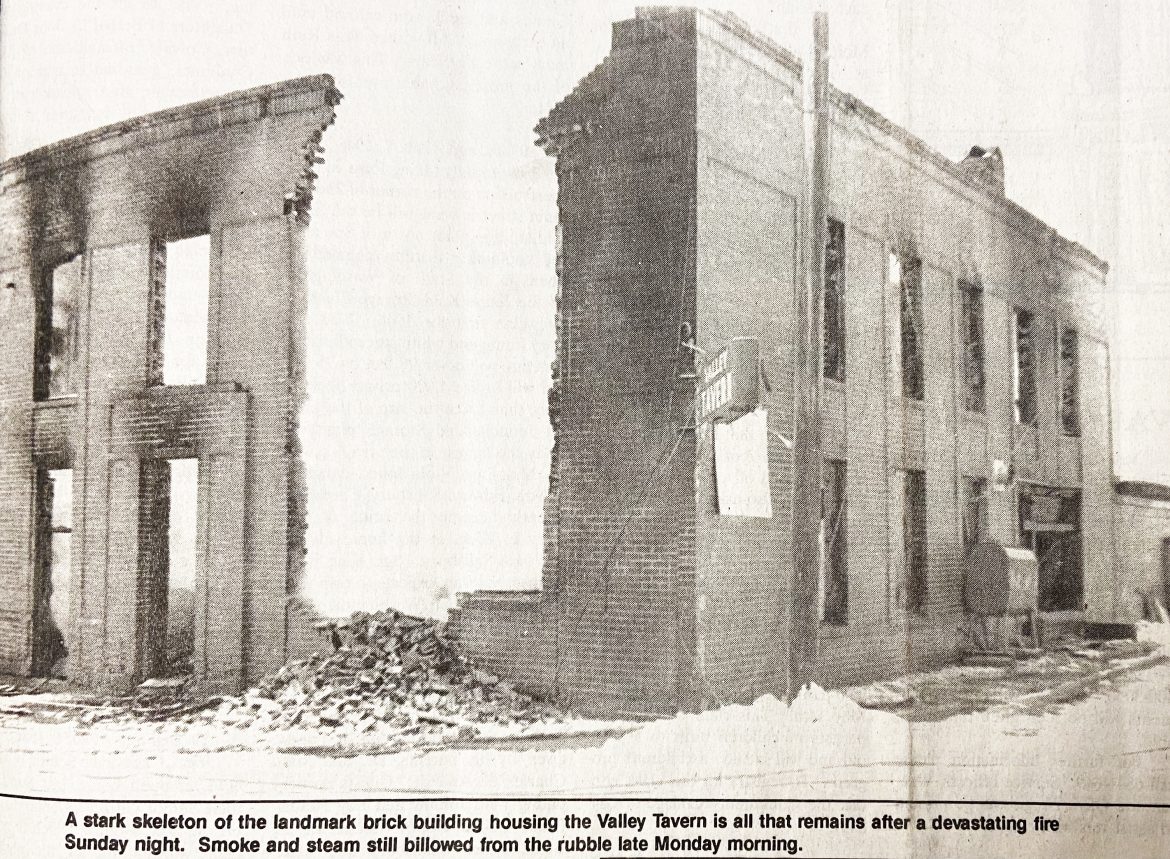 Twenty-five years ago, the skeletal remains of the historic Valley Tavern adorned the front of the Chewelah Independent after a blaze tore through its brick exterior. In the Feb. 8, 1996 edition of the newspaper, the ruins of the building took up four columns of space as the story accompanying it told a scene of flames and shock.

“At the height of the fire, Valley looked like a Hollywood set from the burning of Atlanta in Gone with the Wind,” said one Valley Fire Department Volunteer.

The brick building had been a Stevens County landmark and was constructed in 1917. It had served as Valley’s community bank for a number of years. After changing ownership hands it eventually became a tavern and housed five apartments upstairs.

On Feb. 4, 1996 at 11 p.m., the building was reported to be on fire. Tavern patrons were evacuated and apartment residents fled in their night clothes as well. Luckily, only three of the five apartments were occupied. Nobody was injured but the newspaper reported that several household pets perished in the fire. The flames spread from the northwest corner of the second floor to throughout the building.

The Valley Fire Department quickly responded as did fire departments from Chewelah and Springdale, along with Loon Lake. Tenders, pumpers and trucks filled the scene as flames shot from all the windows, the newspaper recounts, firefighters could do nothing to save the building and devoted their efforts to saving nearby buildings.

All night and into the morning, firefighters mopped up the scene and local businesses – J&P Service and Kimball’s Kitchen – provided hot coffee, cold drinks and food to the volunteer departments. Only the brick shell remained by morning, and residents of the apartments had nothing but the clothing on their back. The Red Cross provided clothing and made provisions for the apartment residents.

Firefighters were afraid that the remaining brick shell would collapse at any moment so kept a wide perimeter around the building. Then the order was given to knock down the remaining walls by midday on Feb. 5 because of the hazard it presented. Possibly due to the fire, a broken water pipe broke, depriving half of Valley of its water as the valve controlling water flow was located under the tavern. After the walls were knocked down, the proper repairs were made to the water system.

The cause of the fire was believed to have been an overheated woodstove located in the Northwest corner of one of the second floor apartments. 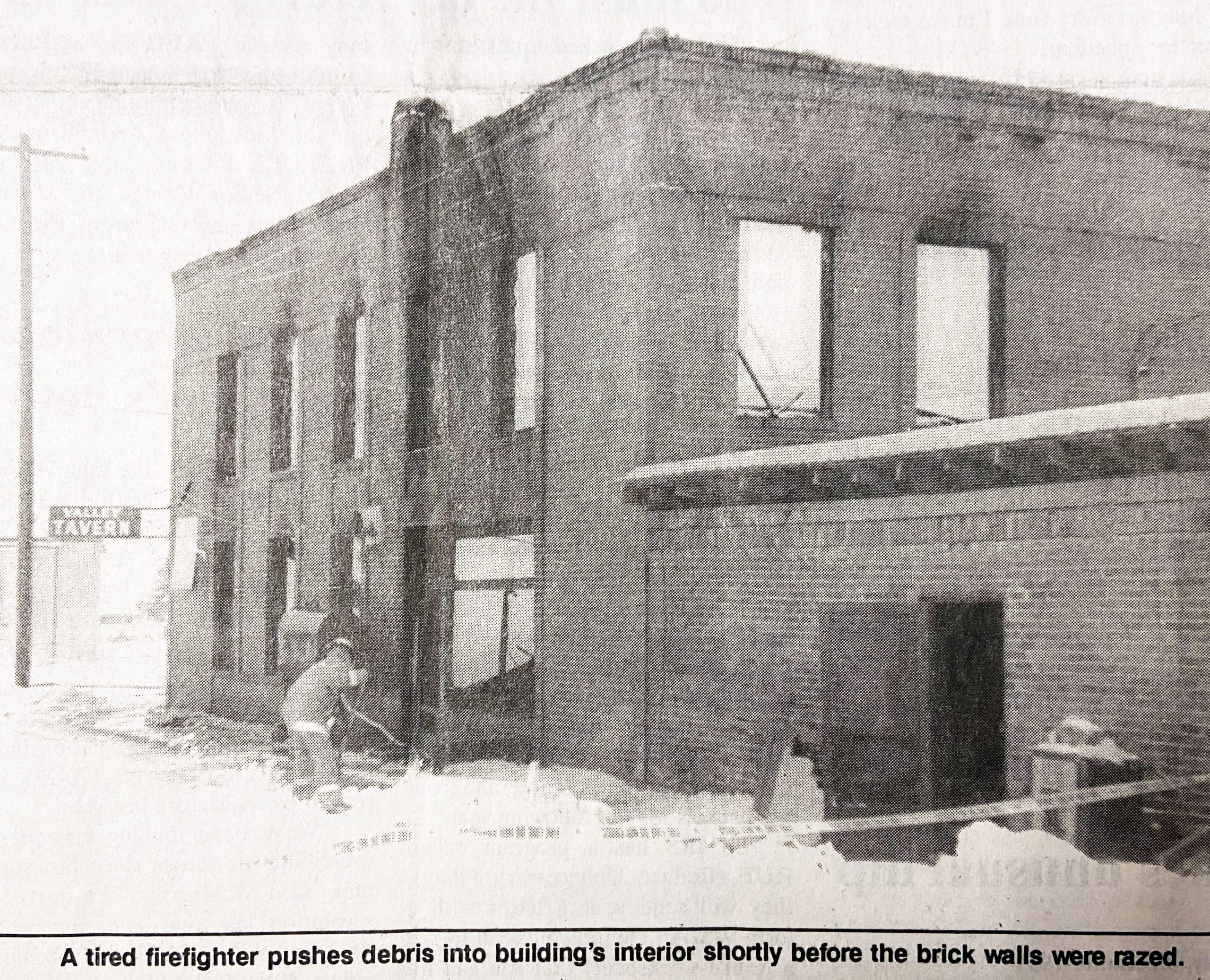