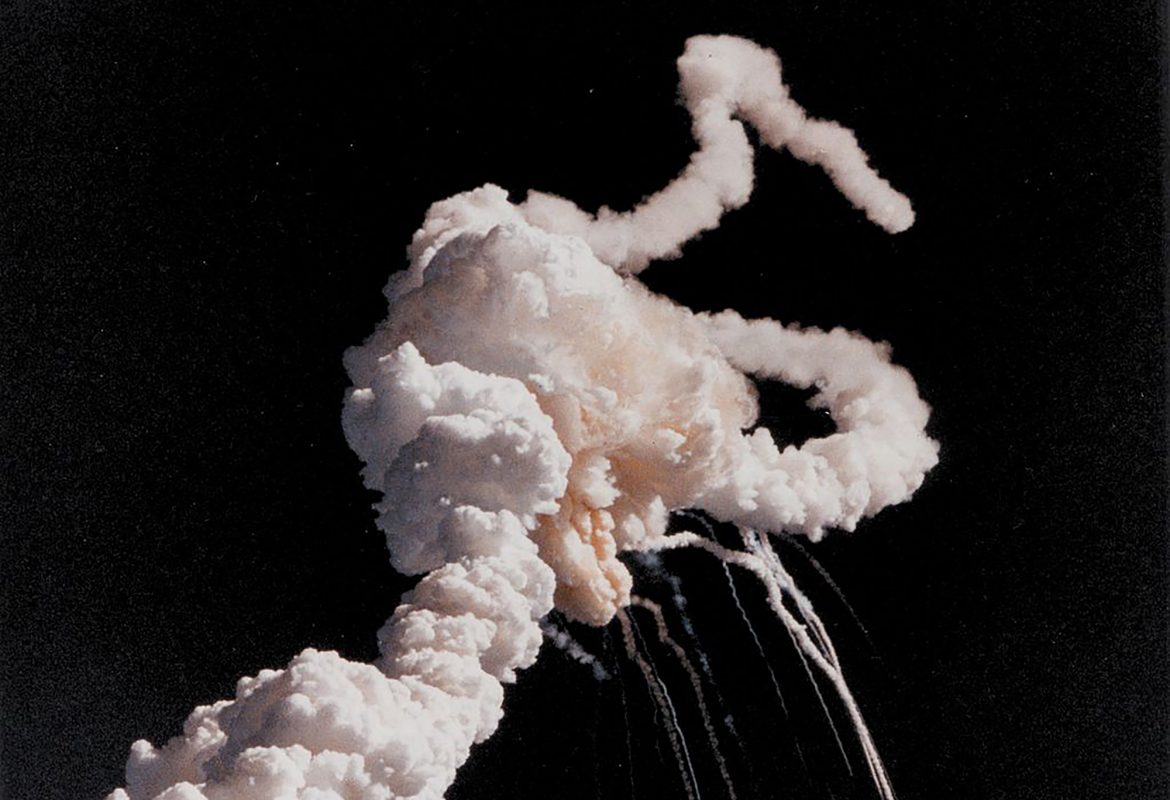 SHOCK TO THE NATION: Challenger explosion in 1986 was seen by many school children, put shuttle program on hold for several years…

The United States’ space program has been a point of pride for many Americans, with NASA landing men on the moon, launching probes and rovers to far off planets and also developing futuristic technology that was seemingly years ahead of its time.

The Space Shuttle program was grounded for two-and-a-half years as the Rogers Commission investigated the accident and discovered that a design flaw concerning the O-rings in the shuttle launch system along with cold temperatures during the launch caused an explosion which resulted in the destruction of the shuttle.

This disaster was also played out on live TV as approximately 17 percent of the U.S. population was watching the launch on television because high school teacher Christa McAuliffe was part of the
crew and would have been the first teacher in space. Most Americans heard about the explosion an hour after it happened.

“I actually applied to be that teacher in space,” Retired Chewelah Teacher Denise Smith said. “It was a 17 page application.”

While not chosen to represent her class on the Space Shuttle, Smith watched like many others from the classroom.

“I was sitting in room seven with my class watching it on the screen when it exploded,” Smith said. “It was horrifying. So thankful that was one application that I did not get.”

What Smith had applied for was to be a civilian payload specialist on the pride of NASA and America. The Space Shuttle program was billed to Congress as versatile, reusable and as a way to have more Americans in space more frequently.

Space Shuttle Challenger was constructed by Rockwell International in 1983. The issue wasn’t with the shuttle itself but rather it’s solid rocket boosters on the launch system. An issue with o-rings within the boosters was known by the company that designed the boosters, MortonThiokol. NASA was also aware of the issue. During launch, the hot gas created within the booster could possibly blow by the o-rings and through the rocket’s casing causing complete vehicle destruction.

When flights began, engineers had found damage on one o-ring in the boosters but not the second o-ring, so the issue was not seen as immediate. As flights continued, there were some instances where the first o-ring had failed completely and also begun to damage the second o-ring. To complicate this, engineers didn’t have enough data to determine if the o-rings would seal the gas when launch temperatures were below 54 degrees.

When Challenger launched on January 28, 1986, temperatures at Cape Canaveral were at a frigid 29 degrees. Due to supercooled air blowing on the o-ring joint from the liquid oxygen tank,
that part of the solid booster rocket was just nine degrees.

Despite engineers pleading with MortonThiokol and NASA leaders, they elected to go on with the flight.

Like Smith, former Chewelah teacher Teena McDonald had also applied to be on Challenger.

“I was in a middle school class when it happened,” McDonald said. “One of my biggest mistakes was scolding a middle school boy for laughing only to find out later from his mom he did it so he wouldn’t cry in class. Quite traumatic for sure.”

“I remember the awkward silence of the TV news guy after the explosion, then the announcement that there had been a malfunction in the spacecraft,” Ludwig said. “They replayed the video of the launch all day long.”

Chewelah’s Mickey Olson was in eighth grade and was at a library TA in Middle School. She was recording the launch so it could be played later in the classroom.

“I was watching it happen, all alone. Mouth hanging open and walking in circles trying to find someone to come see it,” Olson said. “It was unreal.”

Lind Norris was in the family store, Chewelah New and Used, when their repairman walked out of the backroom crying.

“He had been in the military and was just devastated,” Norris said. “We talked about it for a long time trying to get hold of the horrible tragedy. The shock was so great.”

Future Chewelah teacher Cindy Hogan had just finished her classes at EWU when she turned on the TV to watch a program.

“Instead I was shocked and saddened by watching the shuttle explode over and over again,” Hogan said. “Being an education major it was so disheartening that the first teacher to go to space didn’t make it.”

Future Chewelah theatre teacher Janet McLaughlin was on a plane with her husband Don going to the Rocky Mountain Theatre Association near Grand Junction, Colorado and had several college students with them.

“We heard an announcement from the pilot and then sat in silence until we landed and got to a TV in the terminal.”

All of these people had seen history and a massive shift in the space program. The shuttle program would be grounded for sometime as the cause was discovered and blame exchanged. The
Challenger exploding meant that possible commercial satellite launches dried up, as companies opted to go with a single-launch system. Still, huge changes were made to the vehicles and
launch systems. These vehicles would go on to do great things, like repair the Hubble Space Telescope, and the International Space Station would not be in existence without the “space trucks” of NASA.

The shuttle program, however, wouldn’t reach its potential. NASA had predicted launches to cost just $9.3 million, but the average cost of a shuttle flight averaged $450 million. Commercial launch options using the shuttle’s payload bay never really materialized, and NASA could not meet the expected one launch a month window because of the launch system and shuttle’s required extensive and complicated refurbishment. Launching in the proper weather conditions also made quick turnaround launch times difficult to.

In 2003, the Space Shuttle Columbia burned up on re-entry after foam insulation broke off from the Space Shuttle external tank and struck the left wing of the orbiter. The heat from reentry and damage done to the heat-insulating tiles on the wings caused the vehicle to break up, causing the death of seven more astronauts.

The shuttle would stop flying in 2011 and it would take until 2020 for America to launch a manned space vehicle – this time by a private company, SpaceX. Challenger, Columbia, the death of astronauts in a fire on the Apollo 1 launchpad and the near miss of Apollo 13 all illustrated the great danger astronauts are in.

Challenger taking a school teacher in orbit, perhaps, hit a little harder to Americans since she was not a professional astronaut. It’s a date and event that many will not forget where they were when the news hit.

President Ronald Reagan had this to say about Challenger and we will leave the article off on this quote:

We will never forget them, nor the last time we saw them, this morning, as they prepared for their journey and waved goodbye and “slipped the surly bonds of earth” to “touch the face of God.”