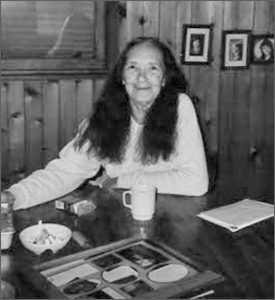 Patricia Ann Sulgrove was born on January 15, 1934 in Sioux City, IA to Everett and Margarite Harmon. She passed away on December 31, 2018 at her home on Whiskey Flats, Springdale, WA.
Pat was a resident of Springdale for the majority of her life. She graduated from Mary Walker High School.

Pat grew up with 3 siblings, Bob, Cecil and Geraldine, and although money was tight, they always had what they needed. Pat did odd jobs such as ironing for 1¢ a piece to help her folks out.

She met and married Jess (Shug) Sulgrove on February 4, 1954. They bought a ranch between Springdale and Ford, which is known as Whiskey Flats. They had no children of their own but they had their hand in raising most of their nieces and nephews. They always had their door open to neighbors and friends. Pat would always have a meal ready for whoever was there. She was a great cook and homemaker.

When Pat turned fifty she got her driver’s license and her real estate license and began selling real estate. She also worked as a cook/waitress at Geronimos in Springdale, along with other various jobs.

She also enjoyed the holidays, especially Easter, which was one of her favorites. Pat made an Easter bunny outfit and every year someone would have the honor of wearing it for the little ones. She also made sure they all had an Easter basket and eggs to hunt for.

Pat will be missed. She was proceeded in death by her husband, Shug, brothers Bob and Cecil and sister Geraldine.

There will be a graveside memorial at a later date.