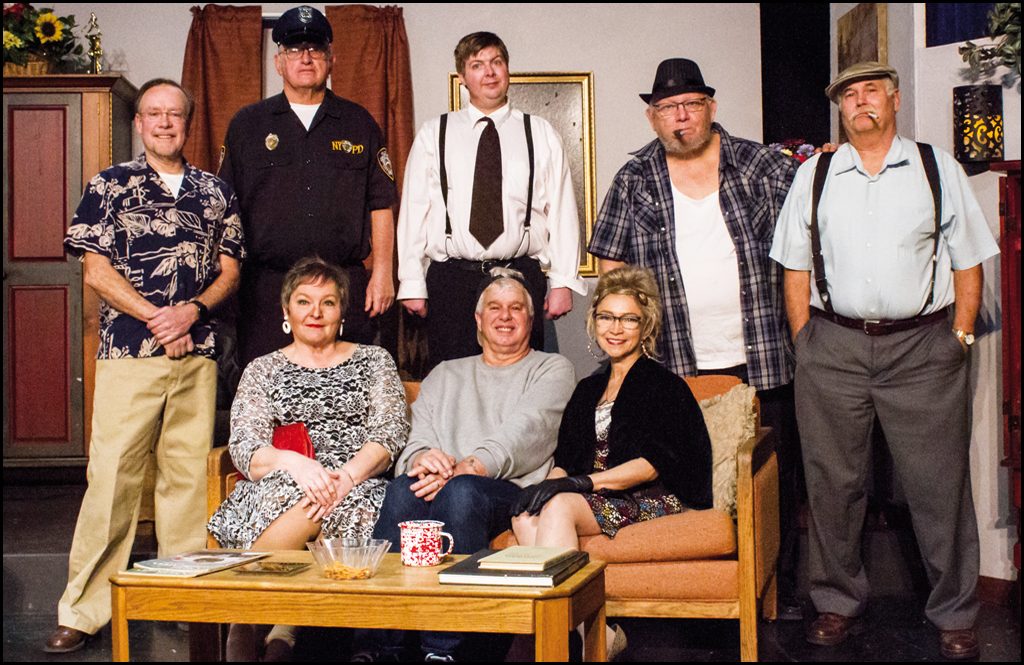 The cast of the Park Avenue Players’ production of “The Odd Couple” is ready for the curtain to rise on Friday. (Brandon Hansen photo)

THE ODD COUPLE: Park Avenue Players’ Odd Couple finishes up this weekend at Center for the Arts…

A few years ago, Park Avenue Players head director Cheri Freeman had planned on doing “The Odd Couple” but had the issue of not enough actors turning out for auditions.

Now, first-time director Deanna Barnes is putting on the classic that has been on the stage, television and a major motion picture. It opened January 17, featuring many local actors, at the Chewelah Center for the Arts.

“When I decided to broaden my horizons as a director, I was looking online for ideas,” Barnes said. “I remembered Cheri mentioning she had plans in directing the upcoming spring show that was prominently female actors, I thought about directing one that required mostly male actors.” 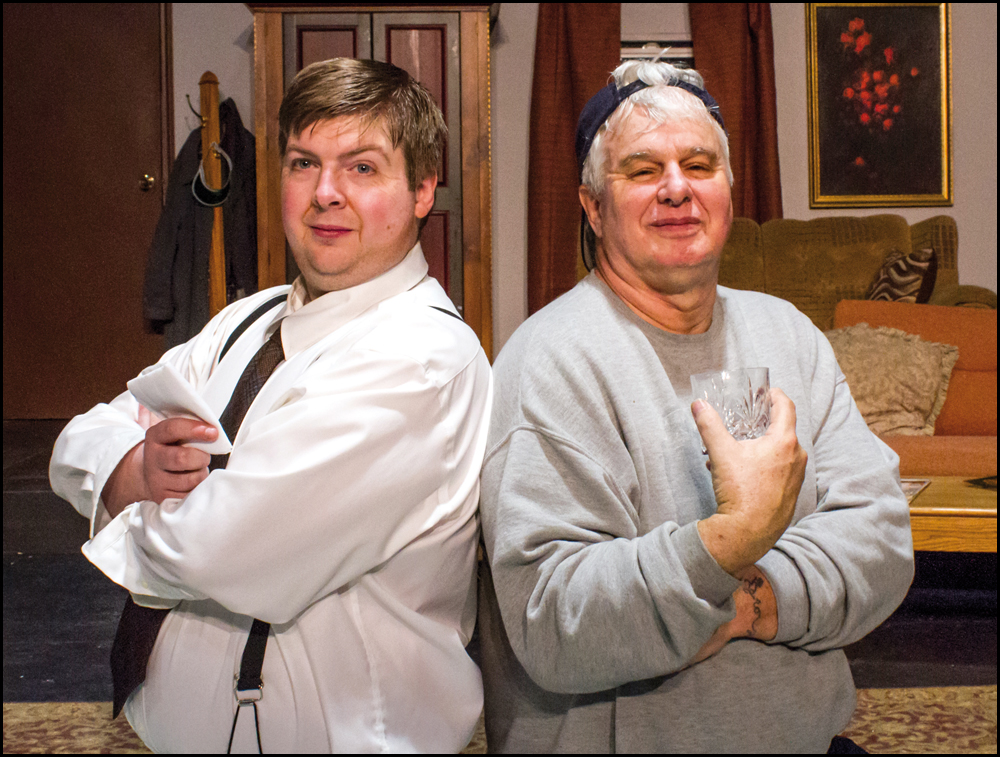 The Odd Couple certainly fits that bill, as Deanna’s husband Bill Barnes will be playing Oscar Madison and Daniel Greene will be Felix Unger.

“I would describe this show as a peek inside the life of Oscar Madison, a sportswriter who lives alone in his New York apartment, having been estranged from his wife,” Barnes said. “He is a bit disorganized, oh who are we kidding, he is a downright slob.”

The slob takes in Felix Ungar, who is also estranged from his wife. Ungar is a contrasting personality of Oscar.

“The two get along infamously which along with the other characters makes for a hilarious adult-themed-production that you don’t want to miss,” Barnes said.

In the world of community theatre, there is a lot of time donated into putting on shows. The Park Avenue Players have to work on acquiring necessary permits, licenses, establishing time frames for the production and then working on the shot itself.

“There are eight actors and six active crew members working continuously until the end of the production,” Barnes said. “This does not include the volunteers for building the set, advertising and technical support. It requires a passion if not for the arts, for the contribution of their skill.”

The show also features Dave Tupek as Murray, Steve Warner as Speed, Bob Stevens as Vinnie, Tom Walters as Roy and the cast is well rounded out with Kathryn Patton as Gwendolyn and Bonnie Spencer as Cecily. All actors auditioned for their parts with a little pleading from the director.

“As new director, it has been a great pleasure to work with this group of talented people,” Barnes said. “The amount of volunteer hours is tremendous and the outcome is remarkable.”

For more information, please visit the Chewelah Center for the Arts on Facebook.