No excuses for Chewelah’s Jeanneret 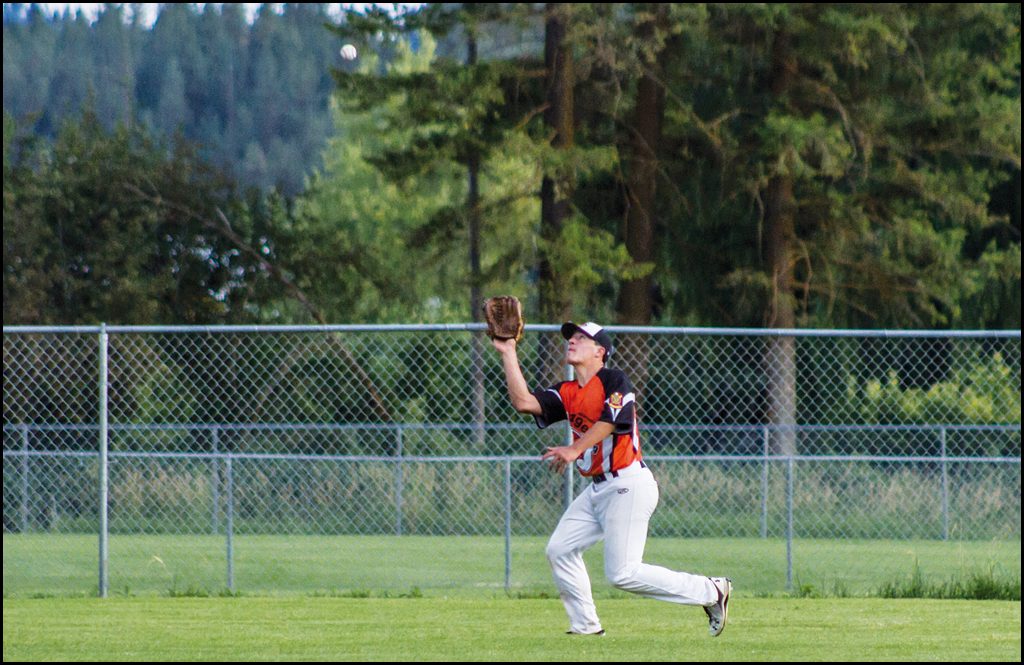 Jake Jeanneret had a brachial plexus injury which affects the range of motion in his left hand but he continues to excel for Chewelah in three sports. (Brandon Hansen and Mickey Olson photos)

COUGAR WITH HEART: Jake Jeanneret overcomes limiting injury to be one of Cougars’ most accomplished athletes…

You’ve no doubt read Jake Jeanneret’s name in this newspaper before; it kind of happens when he is one of Chewelah’s twelve state wrestling champions, the quarterback on back-to-back State 2B quarterfinal finishes and a baseball player who can fill in at nearly every position on the diamond.

But what isn’t really talked about is how Jeanneret has dealt with a brachial plexus injury that limits the range of motion in his left arm. The injury happened when Jeanneret was born. It was initially thought he had a broken clavicle, but it turned out to be nerve damage in his shoulder area that caused palsy in his left arm.

Learning to crawl was a challenge, and he just went to walking at about eight to nine months.

“He always had a bruise on his forehead from falls,” his mother, Jesseca Jeanneret, said. “If he was holding something in his right arm, there was no way to stop his fall with his left arm.”
Jesseca added that it wasn’t teaching him to never have an excuse, they just never really had one for him, so he never knew the difference.

“As a kid, I would make him hold out both hands for candy even though he always only held out his right hand first,” she added. “If he said he couldn’t, we would say ‘just try it.’ Sometimes he really couldn’t do it, but most of the time he found a way.”

At age three, he received a muscle transfer surgery to provide some movement in his arm and rotation ability.

Since then, he worked his way through the various youth sports programs and high school athletic teams while he has also been able to maintain a GPA of above 3.6 throughout three years of high school. While his left arm has a limited range of motion, he has found ways to work around it.

“Growing up I really didn’t know the difference because my parents raised me to get it done and don’t use excuses,” Jeanneret said. 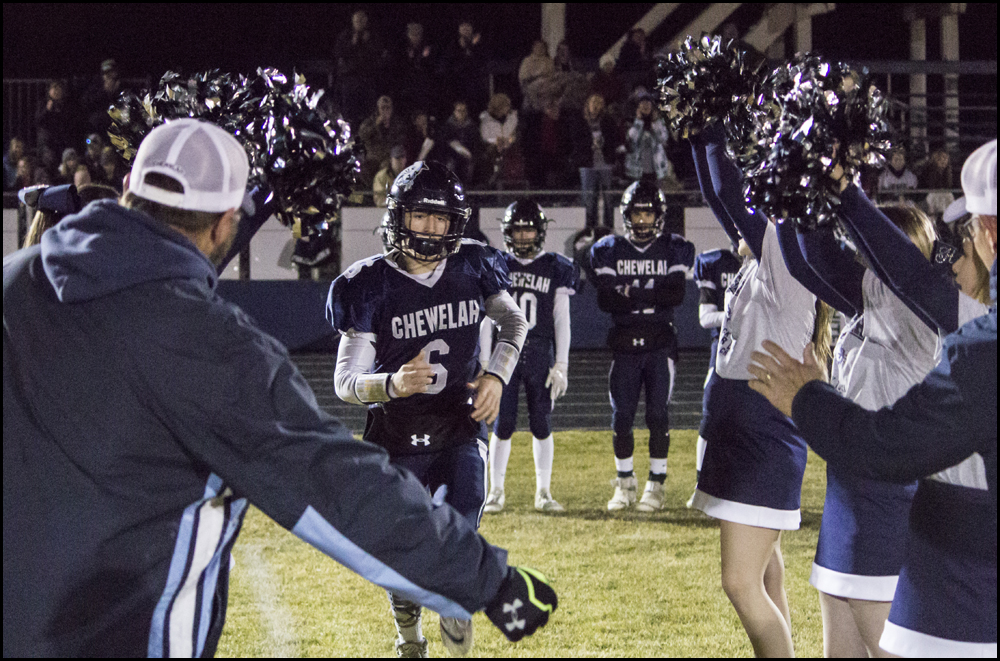 His rise to being the Cougar QB and state championship wrestler wasn’t meteoric and preordained. He started at quarterback his junior year after a change in coaching staff, classification for the school and a new offensive scheme. During his junior year of wrestling, he didn’t win a wrestling tournament, until state.

When it comes to baseball, Jeanneret will use the glove on his right hand when there are no runners on and switch it over if somebody is on one of the bags for a throw in. His dad, Luke Jeanneret coached Chewelah’s baseball team for many years and watching Jake grow up he noticed he was a smart and highly competitive athlete. He also told Jake he would probably end up playing outfield when he reached high school, so enjoy playing the other positions while going through little league.

“He said ‘we’ll see,’” Luke said. “I showed up to a game when he was 13 or 14 and he was playing shortstop. I made a comment to Cody Sweat, who was coaching the team for us about it. Cody told me he earned the spot. Jake showed me! That pretty much sums Jake up.”

The work he’s put in through the years has resulted in a very powerful right arm that powered Chewelah’s spread offense on the gridiron.
Jeanneret passed for 2,324 yards and 23 touchdowns during the 12 games of his senior year. Big plays were a specialty of the Cougars as they loved dialing deep when it would hurt their opponent the most. He was also the team’s second leading rusher with 449 yards on the ground to go along with five rushing TDs. Jeanneret was named an All-League QB and was perhaps the hardest QB to bring down in the eastern part of the state.

Last year as a junior, Jeanneret completed 152 passes for 2,160 yards and 21 touchdowns and carried the ball 95 times for 467 yards. Over two seasons, he generated 5,400 yards of Cougar offense, which is a record book performance.

Jeanneret said the limited range of motion didn’t impact him at QB. He has developed a style in wrestling that works for him and coaches in all sports have been very understanding.

“They all work with me and are understanding in letting me find a way that works for me,” Jenneret said. “With (football coach Cameron) Gump in the weight room, he knows there are some lifts that I have to do differently. With wrestling, coach Hogan does a great job having me wrestle to my strengths. If a specific move doesn’t work for me than we work on something that will.” 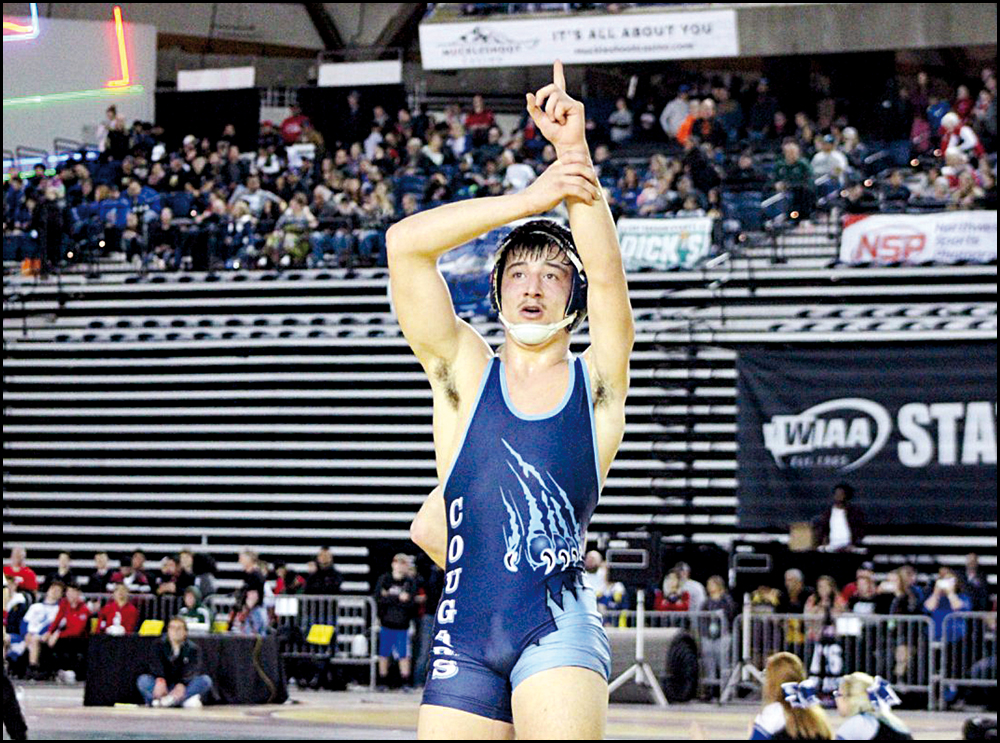 Determination was a key factor in all of this. In seventh grade, Jeanneret came home upset for the first time because he couldn’t do something. It was a pullups in PE class. His parents asked if he wanted them to talk to the teacher and Jeanneret said no.

A few years later for the pullup challenge as a sophomore, Jeanneret did 31 pullups for the most in the sophomore class.

Coming into his senior year, Jeanneret knew it was going to be a ride he needed to cherish. Football season was a blur of upsetting ranked opponents and again streaking through the playoffs. Wrestling has come with the expectation of a state title and a target from other wrestlers.

“It’s a chip everybody develops when they’re wrestling me because I’m a state champion,” Jeanneret said. “It was different from what I was used to but Hogan has really been working with me. I’m working on getting tougher against tough competition.”

Chewelah’s wrestling schedule has been a bevy of bigger school brackets with Jeanneret taking on the best of 1A, 2A, 3A and 4A. This will no doubt pay off come Mat Classic time when he is wrestling in a 2B bracket. He already picked up his first tournament win of the year at the Othello invite and has placed at others. Jeanneret is currently ranked No. 2 in the state for the 195-pound weight class after placing 8th his sophomore year and winning the whole weight bracket last year. After baseball season where the Cougars are hoping to break through to the 2B state tournament, Jeanneret is planning on going to Washington State University and studying to become a teacher and hopefully a coach. He is going to miss Chewelah in the meantime, however.

“I love this community and the people in it,” Jeanneret said “It’s got a great feeling being a close knit community and it’s a place I’d like to be.”