Here are some things that happened locally, in the region and the state over the weekend. 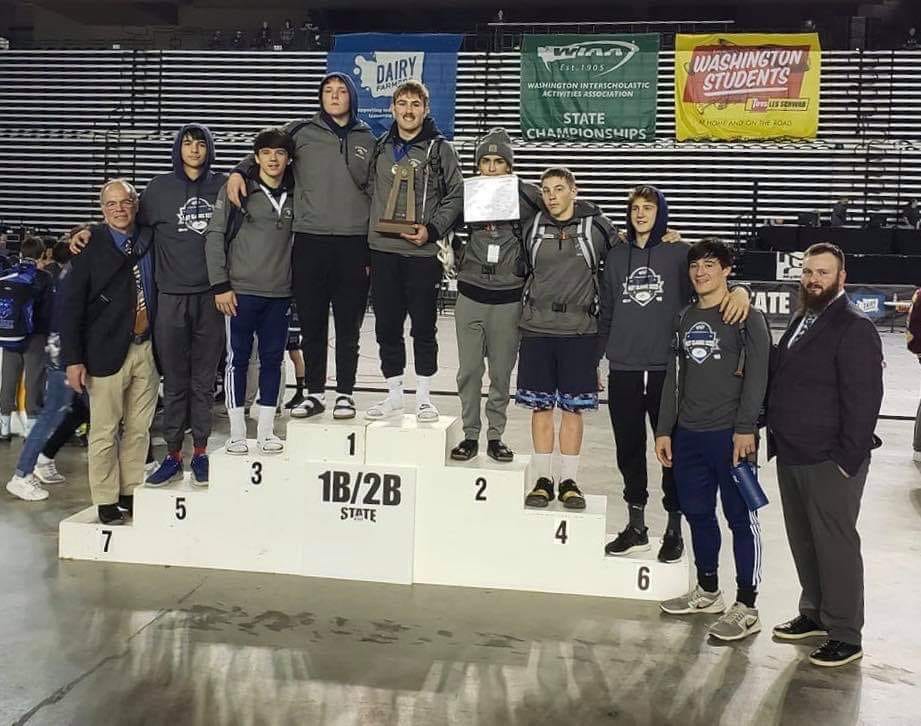 The Chewelah Cougars took third place as a team, notching one first place finish, two second place finishes and one fourth place finish. It ties the best finish for Chewelah wrestlers in school history and they’ll all be returning to wrestle next year. (Courtesy photo)

LOCAL NEWS
Chewelah School District passes E&O levy with 56 percent of the vote
The final results for the Chewelah Replacement Educational Programs and Operations Levy is in and 56 percent of voters (1,126 voters) voted in favor of the levy while 43 percent voted no (856 voters). Stevens County saw a 45.5 percent turnout for the special election in February. This election result is a big win for the Chewelah School District as the E&O Levy money makes up nine percent of the district’s budget and funds sports and other extracurricular activities along with staff and administrative costs as well. Click here for the full story.

STATE NEWS
Judge rules Tim Eyman hid $766,000 in previous initiative campaigns
A Thurston County Superior Court judge ruled Friday that initiative guru Tim Eyman hid $766,447 in campaign money for previous initiative campaigns in Washington. Eyman is also running as a Republican in the 2020 Washington state governor’s race. The judge ruled that Eyman expects to receive money for election goals and that requires him to file reports under state campaign laws. He did not file campaign reports from 2012 and 2018. Penalties for Eyman could add up to millions of dollars since reports were a combined 173,862 days late… which equals out to 476 years. According to Washington law, penalties can be a high as $10 per day that a report is late. Click here for the full story.

AREA SPORTS
Gonzaga drops to No. 3 in AP rankings after loss to BYU
Gonzaga lost for the first time since late November, but the Zags were largely unscathed in the polls, NET rankings and bracket projections. Thanks to an upset-filled Saturday – three of the top four lost, including the Bulldogs falling to BYU 91-78 – Gonzaga slipped just one spot to No. 3 in Monday’s AP Top 25. Kansas ended Baylor’s five-week run at No. 1 with a 64-61 win in Waco. The Jayhawks returned to the top spot for the first time since a one-week stay in December. Click here for the full story. 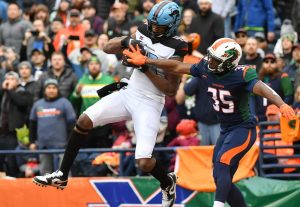 STATE SPORTS
XFL’s Seattle Dragons fall to Dallas
Despite a 12-6 halftime advantage, the Seattle Dragons gave up 18 unanswered points in the second half in a week 3 XFL West Division match-up in a 24-12 loss to the Dallas Renegades at CenturyLink Field yesterday (Feb. 22). The Dragons (1-2) fell to third place with the loss to the Renegades (2-1) who vaulted into second place within the division. Click here for the full story.

FEBRUARY 25: Exhibition Night for the Kettle Falls Robotics Team (4980 Canine Crusaders)
Exhibition Night; the evening where the Kettle Falls Robotics Team will be presenting their 2020 robot, the different systems that the robot requires to run, and the different sub-teams that, in the end, all work toward the robot being accomplished and ready for the first competition. This is a family friendly event that is free to the public. Refreshments will be available and we will share our robot and information about the team. Exhibition Night is going to be held February 25, at 6 p.m. at Kettle Falls High School at 1275 Juniper St., Kettle Falls, WA 99141.

FEBRUARY 26: Chewelah Public Library Wind Workshop
The Libraries of Stevens County in Chewelah will be hosting a free Leap into Science Wind Elementary workshop for ages 3-30. Attendees will hear science-theme stories, do a series of interactive challenges and learn to think like scientists around the theme of wind. Begins at 3:30 p.m.

MARCH 10: Donuts with Dad at the Valley School
On March 10 from 8-9 a.m. the Valley School will be having their first annual “Donuts with Dad” event at the school. Meet in the music room for free donuts and drinks. Throughout the house there will be a presentation for the WATCH D.O.G.S. (Dads Of Great Students) Program. This program is being used across the country to work on the committed involvement of fathers and father-figures in their student’s life. The goal is to have you spend at least one day this year at the school to be a positive male role model and provide an extra set of eyes and ears.  Click here for the signup form.