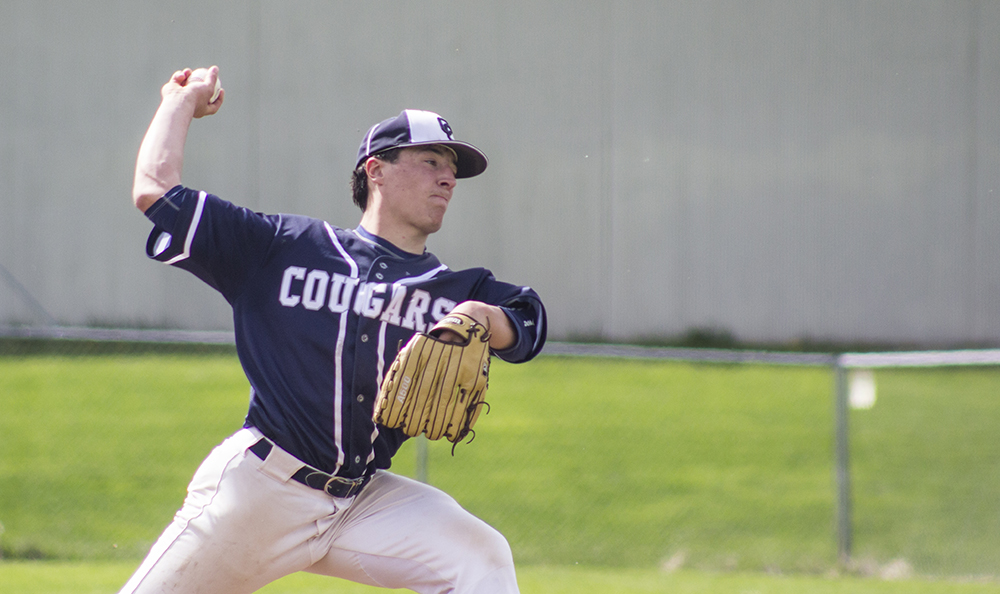 The aces of Chewelah’s baseball team are most decidedly Justin Rollis and Andrew Sweat.

However the team has even more arms to throw around. The Cougars put Jake Jeanneret and Sam Triplett in the rotation for their league doubleheader against Springdale last Thursday and each pitcher put in big league performances. Chewelah swept the doubleheader by equal scores of 10-0, 10-0 and increased their winning streak to 12.

Jake Jeanneret went five innings in the doubleheader opener, striking out 12 on just 69 pitches. The Chargers managed just one hit and three groundouts against the Chewelah quarterback. Jeanneret usually comes in to close for Chewelah but his five inning outing was his season-long and he’s struck out 28 total batters and has a minuscule 0.84 ERA.

At the plate, Carl Oman drove in three runs and collected two hits. Zak Kubik also had two hits, driving in a run, while Nick Skok and Justin Rollis each drove in two runs. The Cougars have scored double-digit runs in four straight games.

Carl Oman’s batting average is a ridiculous .455 on the year with 15 RBI while he also serves as the team’s catcher. He had a double in the game, while Kubik had a triple.

In the second game, Sammy “Steam Train” Triplett came into the game, went five innings, struck out six and gave up just two hits. Triplett, usually used as a late-innings pitcher, put in his longest start of the year and dropped his ERA to just 2.00. The multi-talented Johnny Larson came into the game in the sixth inning and picked up the save.

Larson also drove in two runs, as did Andrew Sweat – who isn’t just a pitcher but also an extra-base hit machine. Sweat had a double in the game.

Chewelah improved to 12-3 on the year and has an away game at Class A foe Medical Lake at 5 p.m. 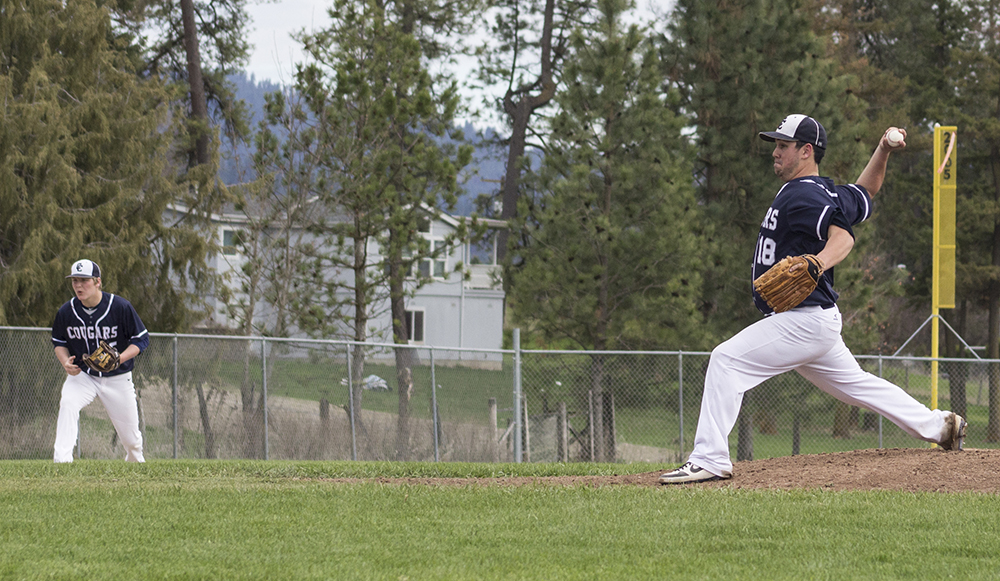