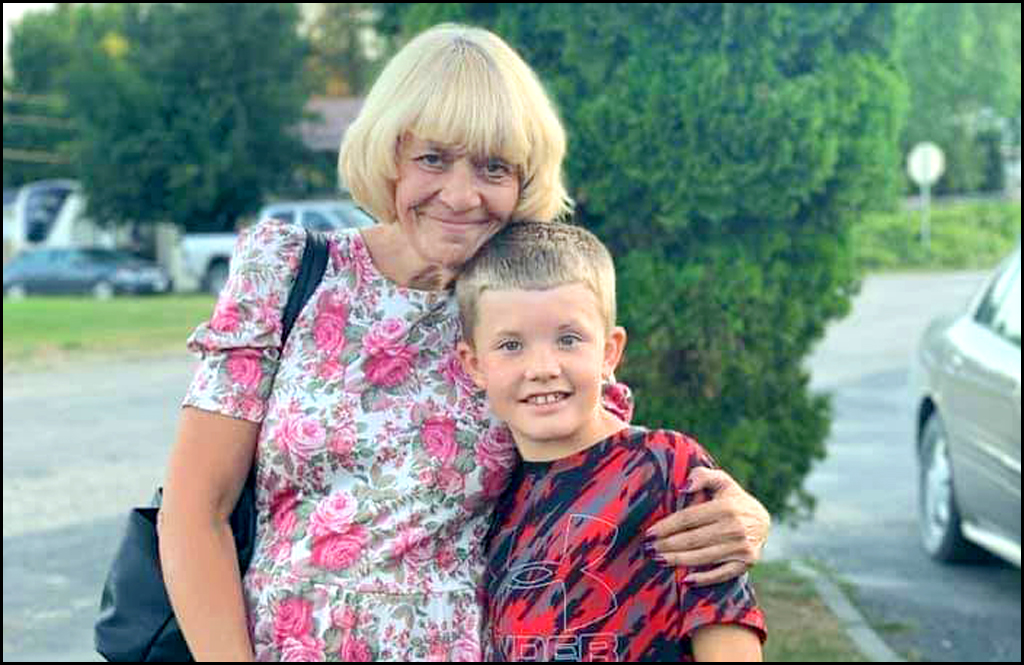 The search for a missing Stevens County woman, Lorri (Alby) Price, is over in its fifth day since she was last seen. It was reported just after noon Friday on a Facebook community page  set up to help with the search for Price that she had been confirmed found and alive. After going to St. Joseph’s in Chewelah, Price was transported to Sacred Heart Hospital in Spokane for additional care. This came after a search and rescue effort by hundreds of community members and several local and state agencies.

Lorri (Alby) Price was last seen August 5 around 12:30 p.m. when she became detached from her berry-picking group on Huckleberry/Stranger Mountain. Family, friends and the surrounding community have been working around the clock to locate Price, forming search parties, marking grids and using tracking dogs and drones. This included some staying overnight in the woods and others using ATV vehicles or navigating treacherous terrain or thick brush in the effort to find Price, who is suffering from an early form of dementia.

According to family members, Price was found not far from where they began the search for her. Steve Gibson found her while looking around some skid trails by the search area. He spotted a woman that was picking huckleberries that matched Price’s description and left his truck in the road to greet her. Gibson is a longtime friend of Price.

It was Price, and she was dehydrated but coherent. She mentioned that she had seen the helicopters and that some family members might be worried about her but was somewhat unaware of the search effort. Price was missing her shoes, so Gibson gave her his shoes and helped her back to the truck. Once back at one of the food tents set up for the searchers, family members took Price to the hospital.

“I had never seen a community pull together like this in my life,” Cassie Carsens, who posted several Facebook posts on the “Lorri Alby Search and help page,” said. “The number of hours and time spent from strangers to family to friends and people from Spokane. It’s crazy to think that this much help had been given. There is so much support in this tight-knit community.”

In all, it’s estimated approximately 200-300 people were looking for Price, including several agencies. Charlie Aebi, who had served on Kittitas County Search and Rescue team, heard about the missing woman through a friend and came up the mountain to help organize the search with his experience. This was just one example. People from Kettle Falls, Colville, Idaho, Spokane, Addy, Valley, Chewelah and other towns helped with the search.

“Charlie Aebi found out about the situation and took on the leadership of the search crews, which was vital,” searcher Melanie Bailey said.

A call came over the radio from dispatch concerning a 55-year-old woman around noon, and confirmation that Price was found came shortly after on the Facebook page. Family members and friends said she was coherent and talking with people while being transported to the hospital and treated.

“It has been confirmed that Lorri has been located and was transported by family members to seek medical attention,” the Stevens County Sheriff’s Office wrote in a Facebook update. “She appears to be alright but we will wait for her to be released before speaking more. Words can not explain the heart felt gratitude for all the searchers and public resources that went into this search.”

Along with people who helped search for her, there were many donations of food and water for search parties from the community. According to searcher and family friend Mark Hopkins, a multiple of pickups full of water and food were donated for the search.

“The help from people who couldn’t physically help by hiking helped out in ways it would never have been possible,” Carstens said. “Without water, food, and ice donations … it is amazing. We wouldn’t have been able to be out here working without the donations. I’m just in awe. I don’t have the words to express that this community is amazing. The support is simply that amazing. Thank you to so many people but to name some that I know are the Hopkins family, Hentges family, Carlsons, Burgesses, McKinneys and the Loves. The list goes on. I’ve met hundreds of people over this week and I sadly do not remember everyone’s names, but I am so thankful for everyone who helped out.”

Some Chewelah football and volleyball players helped with the search as athletic people were needed on the steep and rocky terrain. Misty Larson rounded up most of the football players after it was asked by searchers that younger, more able-bodied people were needed. Some camped overnight because they felt too much time was being lost in the trip to and from the mountain. One former football player, Robbie Hopkins, saw a moose being chased by a wolf not too far from where Price was found and was amazed at the where she was found. Another time searchers thought they had heard a woman yell, then saw a set of eyeballs in the dark. Eventually they discovered it was an owl.

Community member Melanie Bailey thanked all the young people who came to search for Julie.

“[Thursday] at 2:30 p.m., I reached out to Misty Larson and asked her to bring as many strong young men as possible,” Bailey said. “She was there by 5 p.m. with several of the Chewelah Cougar football team. Also Trisha Macrae and her girls came. These were just a few of the many, many people who volunteered.”

The Blue Creek Store and the Addy Schoolhouse gas station took food donations from people for the searchers, while a mechanic in Addy offered to fix searchers’ vehicles free of charge if needed.

Mark Hopkins estimated that where Price was found was just 300 yards from where her huckleberry bucket was found days earlier in the search process.

A prayer vigil took place at Summit Valley Church on Thursday the night before she was found.