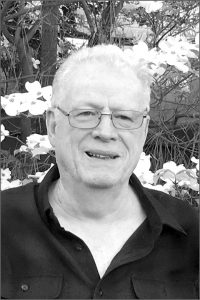 Gary was born on May 2, 1940, in Chewelah, WA. to Ralph and Dorothy Millay. Gary would talk about growing up on a farm and having a pet goat. Before his family moved to Spokane, WA. in 1956, he helped his dad by going on runs delivering items from the Addy Dairy. He attended North Central High School where he met the love of his life, Sharon Rinck. Gary and Sharon married on January 31, 1960. They were married for 59 years. Together, they raised two daughters, Brenda (born October 1960) and Lisa (born August 1962).

Gary worked at Spokane Public Schools for 30 years. He began working as a custodian when he was 17-years old. As his career continued, he reached the level of Custodial Supervisor and retired from that position.

As a young man, Gary liked to hunt and enjoyed many hunting trips with his father, various friends and relatives. He also enjoyed going on camping trips with his wife and daughters. They went to Yellowstone, Mt. Rushmore and other National Parks, Canada (many times) and Waitts Lake. In his later years, he and Sharon traveled to Hawaii, Las Vegas and throughout Europe.

Gary enjoyed water skiing and snow skiing. And, even though it may not have been “fun,” he taught Sharon how to drive, which prepared him to, many years later, teach both of his daughters how to drive. He loved classic cars and always dreamed of owning a Mustang or a Karmann Ghia. Gary also enjoyed his home and always kept the house and yard neat and tidy. His greatest joy was to spend time with Sharon and his family: daughters, sons-in-law, granddaughters and grandsons-in-law and great-grandchildren.

In his later years, Gary discovered that he enjoyed going to the theater, listening to opera, watching ballet and going to the symphony. He particularly enjoyed going to see Celtic Women.
He was a teacher at heart, teaching his daughters many important and necessary skills: how to drive, change car tires, change oil, how to snow ski, swim, start campfires, etc. and when they were very young, how to open a can to make tomato soup and how to tie their shoes. Over the years, Dad shared many cartoons, interesting news items and his vast knowledge with those he loved.
Gary was a very good and honorable man. He will be terribly missed. We loved him very much.

Gary is survived by his wife, Sharon; his daughters: Brenda, married to Kevin Mai; Lisa, married to Paul Agather; granddaughters; and great-grandchildren.
A life celebration open house is scheduled at Northern Quest in Coach Fitz’s Clubhouse at EPIC on Saturday, May 25, from 11 a.m. to 2 p.m.