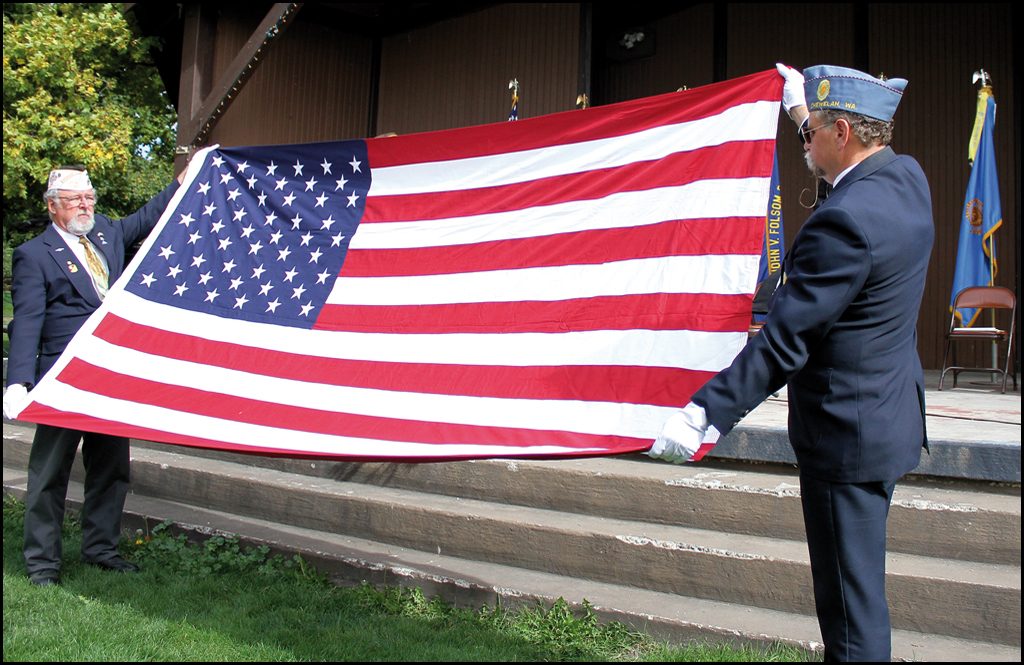 Stevens County has an active veteran community but it has been tough for some to get the proper benefits from the VA office. (Brandon Hansen photo)

QUESTION OF ACCESS: Rural vets in Stevens County struggle with organizations to get benefits they’re entitled to after service

When it comes to veterans affairs, Veteran Service Officers can be an invaluable resource in helping people file claims to get the benefits they deserve and navigating the confusing and complex system that is the Federal VA Office. So when the County Commissioners last year discovered that the federal office in Spokane would stop sending up their two mental health providers to help NE Washington veterans, they became concerned.

“It was something around a few hundred dollars over gas money they were worried about, but think about how much economic impact that has for us up here. It’s way more a few hundred dollars for those veterans,” Stevens County Commissioner Wes McCart said. “These people need that care and funds.”

Stevens County has a large veteran population, and many are dealing with disabilities both physical and mental. The lack of access to these certified VSO’s meant that in order for veterans to do a multitude of things in the VA system, they would have to travel down to Spokane to receive benefits. For some this would be difficult to impossible, so their veteran claims would go unfiled. The commissioners worked out a way for the county to pay for the VSOs to continue to come up and help people, but the incident left the officials flabbergasted at how the access was almost sealed off and that the county had to foot the bill for a program from the state and federal government. Certified *American Legion* Veteran Service Officer Bob Gumm *Ed.D.*, who has been helping vets for six years and is an *US Army Infantryman Gulf War Era *disabled vet himself, said that the system appears difficult to navigate on purpose so the agencies don’t have to pay out, and that VSOs are the first line in getting money to veterans.

“They have these benefits but they like to shovel a whole lot of other things on it that you have to dig through,” Gumm said.

Gumm estimates he’s been able assist local veterans and their family members with their VA compensation and death identity compensation benefits and other VA benefits which has totalled well over a million + dollars into our county economy*. The amount of paperwork and the seemingly random denials of benefits make the system tough for vets to tackle alone. Seventh District State Representative Jacquelin Maycumber’s House Bill 1448 made it through the lawmaking ringer in Olympia this month, creating the Veteran Service Officer Program and a funding mechanism that will allow a veterans service officer to be established in underserved rural counties. Thanks to this bill, Ferry, Stevens, Okanogan and Pend Oreille counties now qualify for the Veterans Service Officer Program.

“I have had veterans share stories of getting rides to Spokane Valley and sleeping on the doorstep of a veterans service office just to receive the services they have already earned,” Maycumber said.
“Veterans have some of the highest suicide rate, homeless and poverty in our area. Only 25 percent of the funds that are owed to veterans are collected. That means the federal government owes veterans 75 percent more. It takes a Veterans Service Officer to assist the individual in accessing those funds. It’s good for veterans, good for our communities and good for the state.”

While there are some volunteer VSOs who can point vets in the right direction , it is the accredited VSOs that can officially navigate the system for those in need. Maycumber said that in the seventh district, the Stevens County example of gas money preventing a wide number of NE Washington vets from getting access was unacceptable.

“When a veteran seeks assistance, it should be provided timely and within the area,” Maycumber said.

The bill was passed in the state house unanimously at the beginning of March and passed the State Senate last week. Maycumber said she had worked on the legislation for the past three years.

She began working on it after Gumm had approached her on the matter with hopes of coming up with some solutions through the legislature. Gumm also praised all three county commissioners on their work on the issue.

“I also really appreciate Rep. Maycumber’s tenacity and dedication in this,” Gumm said. “It was good to see bipartisan support and see something like this come out of Olympia.”

‹ FROM THE EDITOR: Somewhat talented in Chewelah › CHEWELAH’S GOT TALENT RETURNS: Show will be at Center for the Arts