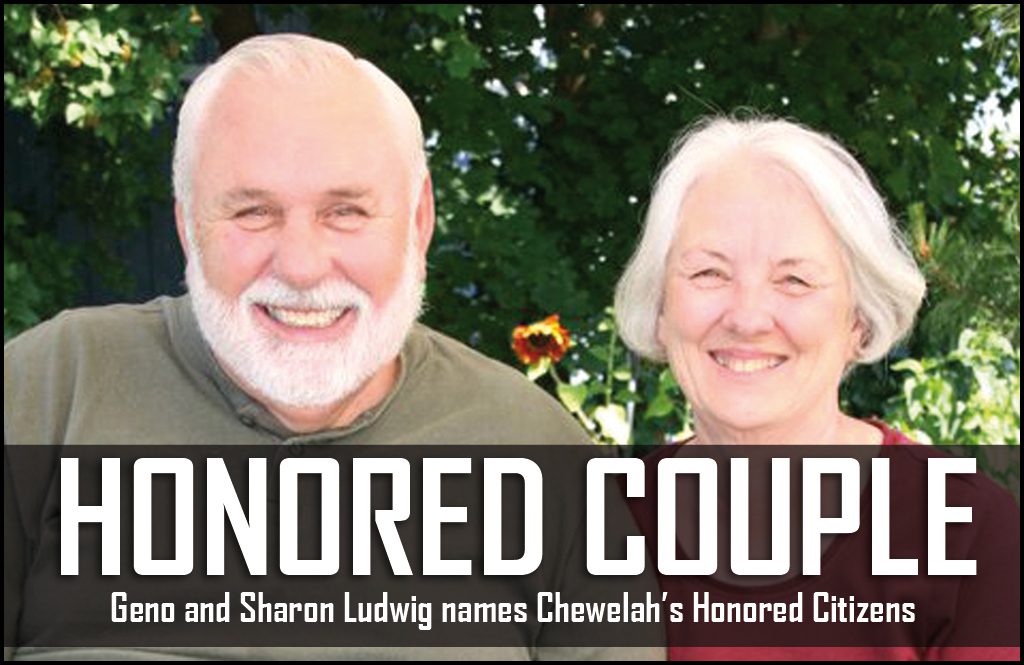 Sharon and Geno Ludwig have been married since 1970 and raised six kids in town. Both are heavily involved in several aspects of the Chewelah community, including Chataqua, the newspaper, church and PACA. (Courtesy photo)

Chataqua is going to be a bit different this year. Geno Ludwig has been the MC of the festival’s downtown parade for as far back as he can remember.

Geno has always requested a little longer mic cord so he could talk to the parade entries walking by, leading to a more organic parade announcement rather than just “here is float A.”

But this year will be slightly different as he’ll be in the parade with his wife Sharon as Chewelah’s Honored Citizens for 2019 rather than holding the microphone.

Such is their involvement in the Chewelah community, when this year’s nomination process came around, a general reaction was “haven’t they already been Honored Citizens? They must have been, they’re involved in everything!” 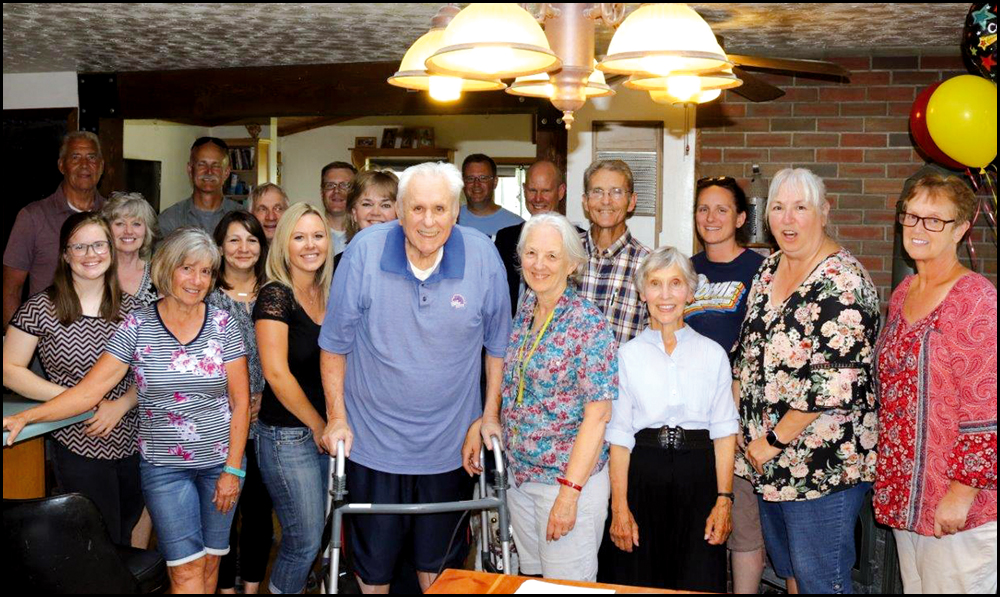 “I am amazed that Sharon and Geno have not been recognized as honored citizens yet,” Gail Churape wrote in a letter nominating the couple. “They are part of the heart and soul of Chewelah.”

Thanks to a glitch in the Matrix, or some sort of oversight, despite being cornerstones in the community since the 1970s, it took until 2019 for the Ludwigs to get this honor. That may have been fine with Geno who would much rather be announcing the parade than riding in it.

Announced last Tuesday evening during a Community Celebrations meeting to organize Chataqua, the two received flowers, balloons and the word that they were selected as honored citizens.
Geno was born in Chewelah in 1947, played on the very first Chewelah Little League team, played football, basketball and baseball and was also on the first Chewelah High School wrestling team in the 1960s.

“Growing up I had a lot of fun, we would play baseball at the old field, make and race little wooden hydroplanes on Peye Creek and we just did a lot of things outside,” Geno said.

He then went to the Harvard of the West Plains — Eastern Washington University — where he met Sharon, and the two married in 1970. Sharon grew up in Quincy, Washington, and went to college for a few years before being hired by EWU as a computer programmer, where she wrote the programs for registration, payroll, and other projects.

“She was one of the few that could program a punch card computer,” Ludwig’s daughter Heather said. “She earned the dough to put my dad through school.”

Geno’s degree allowed him to teach all grades, and he started a 48-year coaching career, alongside legends like Herm Pein and Blayne Hyde. He also ended up starting the 7th grade football program and the middle school wrestling program.

“Geno has loved and nurtured a whole generation of students at the junior high with professionalism and concern, instilling values of good ethics, hard work, honesty and patriotism,” Bill and Linda Johnson wrote to the nomination committee.

Sharon began her community involvement when their oldest daughter wanted to start Girl Scouts, but they needed more leaders in the organization, so she volunteered to help lead a troop. She was a troop leader during the time all four of her daughters were Girl Scouts.

Since then, Sharon has volunteered or worked at the school district for 14 years and was also on the Chewelah City Council for 22 years. She’s been the spearhead for the PACA organization, playing a big part in bringing a community theatre building to Chewelah. Sharon is the PACA president and also does many of the costumes for Stagetime Theatre.

“She, along with others, patiently held the vision for years, hoping to have a theatre here in town,” Diane Evans said. “Thanks to her and others, we can believe that dreams do come true.”

Sharon was appointed to the city council in the mid-90s with the interest of the safety and what to do for kids in town after a council person had resigned. She was then elected to five consecutive terms.

Together, the Ludwigs have been involved with Chataqua for nearly 40 years. It started in the early 1980s with Geno being a Boy Scout leader and having the local troop pick up garbage. That eventually morphed into more involvement, and now Sharon is the Chataqua coordinator and Geno is the President of Community Celebrations, the organization that runs Chataqua. You can see them both at the city park all weekend for the event.

Geno also began writing for the Chewelah Independent in high school when then sportswriter Chuck Dayley needed someone to cover away basketball games. He ensnared Ludwig into doing so and that since started a long, long sportswriting career that has won several awards.

When he moved back into town in 1971 as a coach, the Independent’s Jeff Lorello called him and asked if he could pen more Cougar write-ups.

“This requires a passion for sports as well as the students to watch and report on all of the different sporting events,” Jessica Sety wrote in a letter nominating the Ludwigs. “Geno and Sharon have both been employed by the Chewelah School District and have been fantastic role models for the students throughout the years.”

Geno stands as a rarity in sportswriting, having played, coached and wrote about the same program since the 1960s. He is also a rarity in teaching as Mr. Ludwig could teach both middle school and high school, spending probably more years in the middle school building than anyone else. He loved to teach history and that turned into a passion for Chewelah history. While giving lessons on Washington State History he was curious what was going on in Chewelah during the key points of the state’s history. After getting Walt Goodman’s book Chewelah and Vicinity, he began adjusting his history classes to also give Chewelah history along with state history.

With Chewelah being an old town, one that dates back to the fur trapping days of the area, Geno has absorbed a ridiculous amount of information and has for the most part become the town’s de facto historian.

“I’ll get random phone calls from people throughout the day with questions about what this used to be or what this building was,” Ludwig said. “I really enjoy it.”

Both Sharon and Geno are involved with the local Chewelah Museum and help out with “A Night at the Museum” for Light up the Park. The Ludwigs have also been active in the Church Jesus Christ of Latter-Day Saints since moving here in 1971.

“We had to drive all the way to Colville before they built a church down here in the 1980s,” Geno said.

They have been involved in leadership and community positions in the church.

“We have watched Geno have some recent health challenges, but he seems to get to Chewelah places and events regardless,” Tom Bristol said. “The interest in so many things motivate him to being as active as possible.”

Their love for their community is unmatched and it shows when Sharon glows about the town.

“I’ve watched this town through the years, and this is the best I’ve seen it in 48 years,” she said. “It’s the busiest it’s ever been. We have a vibrant Chamber of Commerce and downtown, and people are wonderful in how they come together and work on things.”

The Ludwigs played a big part in that, so give them a wave when they drive by in the side-by-side ATV during the Chataqua parade.