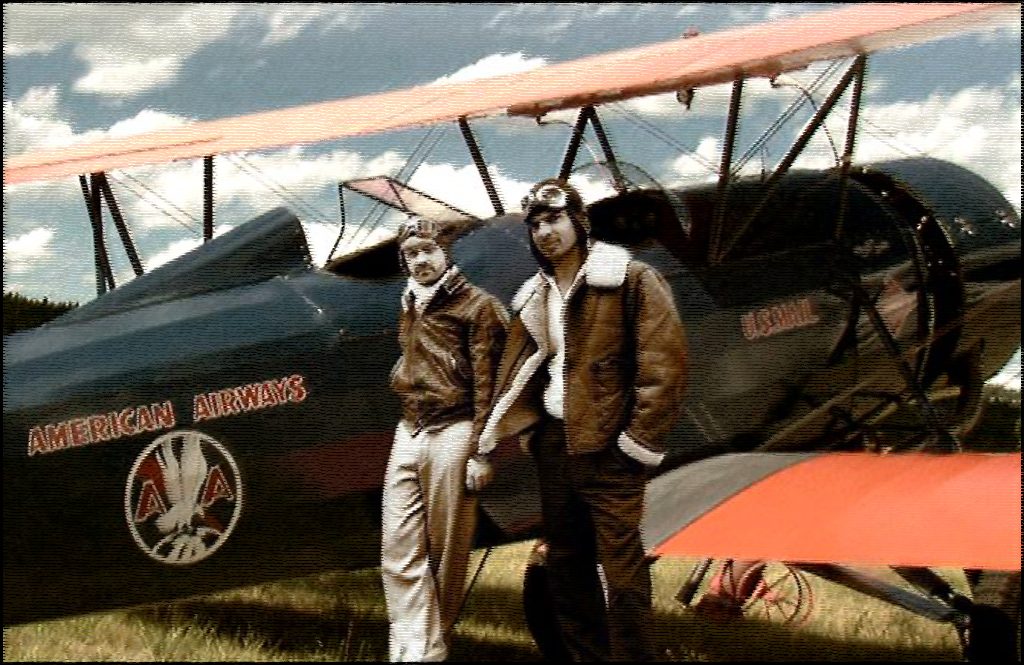 “Rum Runners” is set in 1927 when prohibition was in full swing and run rummers were flying alcohol down from Canada. The film was shot in Spokane, Valley, Chewelah, Colville, Barstow, Orient and Idaho.

The award-winning local film “Rum Runners” will soon be on a movie screen near you, again, after it was released in 2017.

The Chewelah Center for the Arts is showing the film, written and directed by Bill Nelson of Valley, on Sept. 7 to raise money for the Chewelah Valley Land Trust, which is hoping to bring a new community forest to the Chewelah area.

For a low budget film, the scale and scope was broad. A period piece, the movie is set in 1927 when prohibition was in full swing and run rummers were flying alcohol down from Canada. The film was shot in Spokane, Valley, Chewelah, Colville, Barstow, Orient and Idaho.“Everything had to be 1927,” Nelson said. “We filmed outside of Sety’s and had to move the parking signs. You had to have the costumers, vehicles, hairdos and makeup be accurate to the time period. That was a big challenge.”

The film required old cars to be transported to Idaho, and Nelson had to make a replica plane for the movie just so he could blow it up for one of the scenes.

“It took three months to build and about ten minutes to burn,” Nelson said, adding he also blew up an old car made of pieces he had found just rusting out in the woods. There were some CGI scenes put into the movie as well.

Nelson himself has been in Valley since he was born there in 1948. The script had been something Nelson put together 10 years ago, and after his niece Gina Nelson worked with Steven Spielberg on “War of the Worlds” and she did a few short projects in Valley, he caught the filmmaking bug, creating four feature films, three short films and one documentary.

Run Runners, along with featuring actors you might see at the Center for the Arts, also had Yves Bright, Brian Boyd and Vernon Wells who has also starred with Bruce Willis, Mel Gibson and Arnold Schwarzenegger. “Rum Runners” appeared at the WorldFest in Houston where it was the Remi Winner, the top award for its category.

Nelson was approached by Joe Wulczynski, and members of the Chewelah Valley Land Trust. They asked him about possibly showing the film and he jumped on board.

“We’ve also released the film in Asia and Germany but a lot of people around here said they’ve never seen it,” Nelson said. “So this gives them another chance.”

While the movie is 98 minutes long, there was over 30 hours of content filmed. Nelson said Joe Wulczynski was also instrumental is getting the film made.

“With it being a low budget film, a lot of people put tons of effort into it and had to do it on their free time,” Nelson said. “It’s amazing how many people want you to succeed.”

The film will be shown on September 7 at the Chewelah Center for the Arts. Social hour begins at 6 p.m., with the film starting at 7 p.m. Tickets are $6 at Akers, Valley Drug, Quartzite Brewery and The Independent and $7 at the door.