Life on Venus? It is possible after new findings 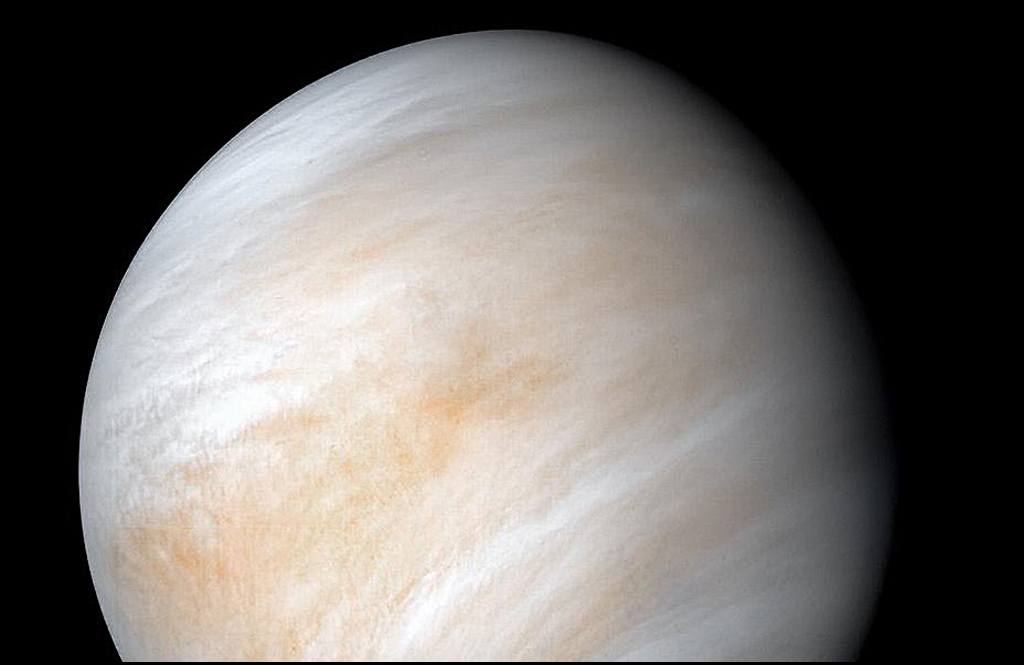 Venus is the second planet from the sun and sometimes considered Earth’s twin.

While Mars has been our focus for a while, we might need to take a look at Venus…

Scientists have detected phosphine, a rare and toxic gas in the atmosphere of Venus, possibly signalling alien life on the second planet from the sun.

While not a direct observation of life, the sheer quanity of phosphine cannot be explained from another natural process. Phosphine is a foul-smelling gas, found in places like pond slime and penguin dung. It is created by anaerobic organisms including bacteria and microbes.

Think of it like finding scat in a desert. Something is out there creating this gas.

While the surface of Venus is hot and acidic, the environment of the upper cloud decks, about 35 miles up, of the planet is thought to be more habitable. This is where the gas is thought to be found and since the acidic clouds would destroy phosphine quickly, something must be actively forming it.

This finding comes after research by a team from Cardiff University.

Scientists say while there is no way to know for sure what the findings mean, and that its not “robust evidence for life” but rather an anomalous and unexplained chemical finding on Venus. Still researchers are struggling to come up with a reason why this gas would occur without the existence of life. They considered chemical processes in the atmosphere, volcanic activity below or perhaps the result of meteors but a non-biological explanation is not apparent right now or plausible without further information.

Scientists remain wary of gleefully saying life caused this. MIT professor Sara Seager told NBC news that “There could be two explanations. One that there is some unknown chemical process that could somehow produce the phosphine. The second is that … there’s life.”

Venus is a weird planet. Historically people were interested because it was similair to size as the earth. But when earth probes explored the planet, they discovered a baked, acidic planet with temperatures hotter than 900 degrees Fahrenheit – not friendly to life. So missions to Venus have been limited as space probes have been focused on Mars or water-rich moons around Jupiter and Saturn.

This latest finding may change that.

Planetary astronomer David Grinspoon, of the Planetary Science Institute told NBC News that we should be looking at Venus. Thirty miles up, the cloud temperatures are much more temperate and organisms could be refugees at that altitude, perhaps once living in vast seas on Venus that eventually boiled away.

The second planet from the sun, Venus orbits the Sun every 224.7 Earth days. Weirdly, A day on Venus lasts 243 Earth days. Venus has many active volcanoes, with 167 large volcanoes that are over 60 miles across.

Venus used to be an early target for planetary exploration. NASA’s Mariner 2 reached the planet in 1962 and it was landed on by the Soviet probe, Venera 7 in 1970. Hostile surface conditions make it so probes can last only a few hours before giving in to the pressure and temperatures.

Venus is 91 million miles from Earth. While considered the closest via orbital planes, since both Earth and Venus orbit the sun, it only holds that distinction for short times out of the year. Otherwise Mercury is closer more often during the year at 110 million miles. Mars is closer to Earth at 41 million miles at certain times, but these planets rarely match up to have that short distance.