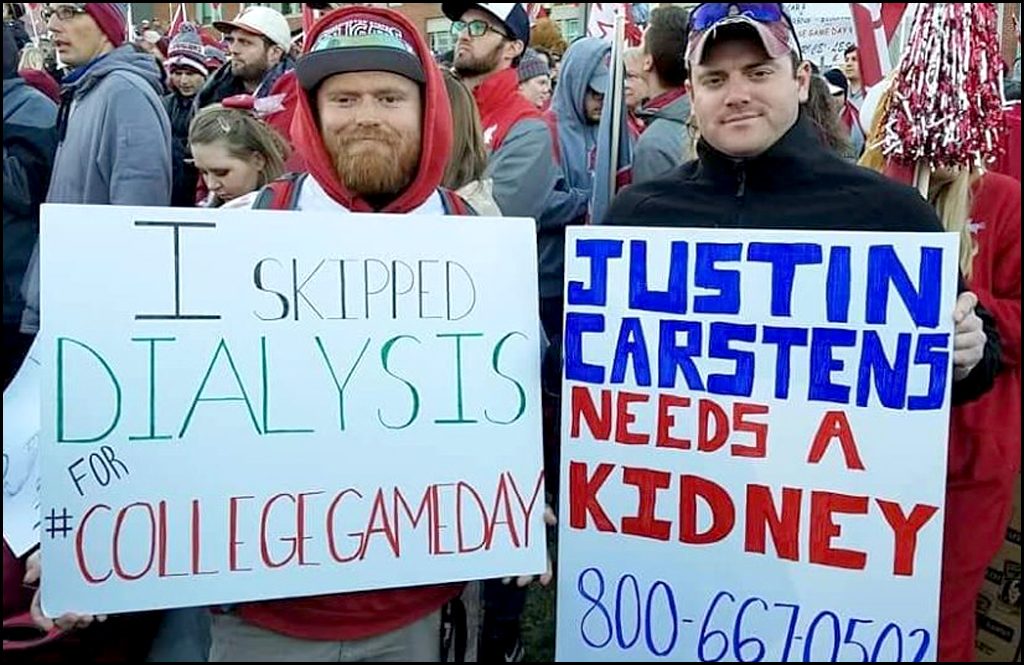 Justin Carstens has coached football and even made it to College Gameday at WSU in Pullman while on kidney dialysis. (Courtesy photo)

LIFE-CHANGING SURGERY: Coach on kidney dialysis for four years gets transplant that will change his life, after years on the sideline for the Kettle Falls Bulldogs…

Justin Carstens has been on kidney dialysis since 2015, but you wouldn’t have known it watching him on the sidelines of Kettle Falls football games these past few seasons. The 2009 Kettle Falls grad and assistant coach has a passion for football not matched by many, and this month he received a new kidney that should change his life.

“The surgery went as good as possible,” Carstens said.

The transplant means no dialysis, which included ten hours hooked up to a machine, which for a guy like Carstens can be a bit constraining.

“I really felt trapped for half my life,” Carstens said. “It really hasn’t hit me yet how incredible this gift of life is. It will hit me suddenly someday when I’m doing something maybe I couldn’t have done on dialysis.” 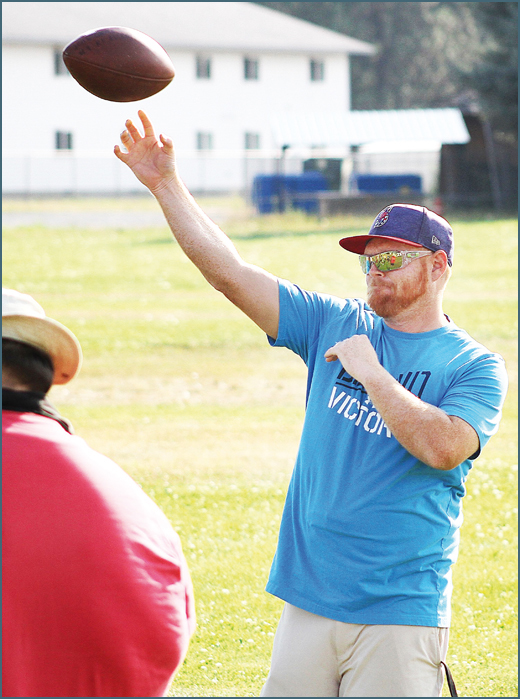 He had already received a transplant in October of 2015, but that didn’t alleviate his health issues. Still he pursued his passion of football. While playing for the Bulldogs when he attended Kettle Falls High School, Carsten’s went to Washington State University and reached out to help out with Colfax’s squad during those years.

“I was just missing the game watching WSU,” Carstens said. “So I reached out to Colfax’s coaches and helped them out for two years and learned a ton of football from them.”

When he moved back to Kettle Falls, he served as an assistant coach for former Head Coach Curtis Corvino and current Coach Loren Finley. Dialysis would clean the toxins and refresh the fluids in his body, but sometimes would leave him with low energy.

“But then all I have to do is watch one football play and it sparks my enthusiasm again,” Carsten’s said.

Finley calls Carstens one of the most committed assistant coaches he’s ever seen. For the para-educator who hopes to one day go back to school to become a teacher, Carstens likes making an impact in the lives of kids.

“It’s the kids,” he said. “It’s the ability to transform an individual who was a baby deer as a freshman who can barely run to graduating as a senior as a force to be reckoned with.”

Assistant coaching is easily 20-30 hours a week on top of his day job. He had been on a regional waiting list when it finally became possible to do a transplant. The recent surgery means he will be gone from the sidelines for the remainder of the season, but will probably be on the sidelines for Kettle Fall’s senior night.

Once he recovers fully from his surgery, you can expect him to be active in the sport he loves and continue to be a part of the Kettle Falls community.