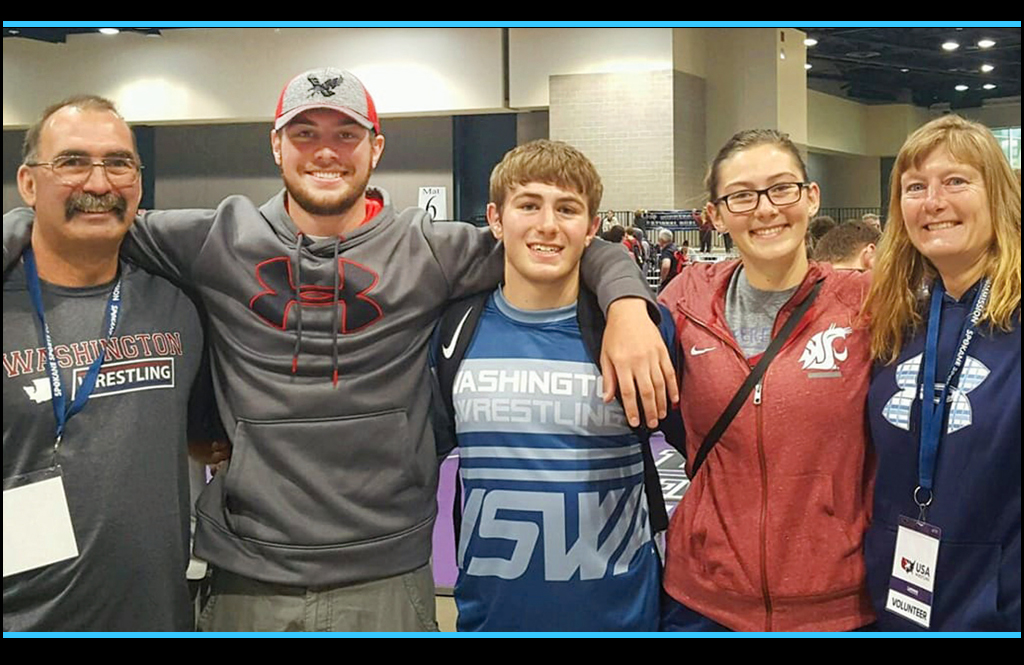 Division I track athlete Katilin Krouse got her start in Chewelah and finished it at Washington State University, placing 11th at the Pac-12 Championships her senior year
with a discus throw of a 154-feet and eight inches.

Going into her final meets this spring, Krouse was just happy to have more chances to throw. She had been working on extending her range in the discus to 50 meters which is
a distance that most people could only dream of, regardless of a discus, football or baseball.

“My experience at WSU has been better than I could have ever asked for,” Krouse said. “I have absolutely loved the experiences that this university and track have given me. Of
course, balancing track and school are not always rainbows and cupcakes, but the time put in has been well worth it.”

To say Krouse is motivated is an understatement; she graduated with a major in Elementary Education with an endorsement in Middle Level Math and will do her student
teaching placement this fall in Vancouver.

She’s already applied to do student teaching in Germany on a military base. From her years at Chewelah, which netted a state championship in the discus event, to four years in the Palouse, Krouse has been driven and so has her two younger brothers.

Conner Krouse was a standout football player for the Cougars and he placed all four years in wrestling. Kaden Krouse is a two-time state champion wrestler and an all-state football player.

Krouse had a similar stand-out career for the Cougars and didn’t even change mascots when she moved on. She earned 12 varsity letters at Chewelah, including four letters as
an outside hitter for the volleyball team. She was a post player in the girls basketball program and played four years of track. She was on the academic All-Northeast A League all
four years. She earned all-league honors in basketball as a senior, won two state titles in the discus and also placed several times in the shot put at the state meet.

Her PR in high school was 145-2 and she continued to build on that during her college years. Track during college meant a lot more work than the spring season in high school.

During the indoor season when the weather isn’t great, it’s literally in a bubble.

“For indoors, we are in the ‘bubble.’ This bubble is where all the indoor facilities for outdoor sports are,” Krouse said. “There is turf that rolls out for soccer and football during the snowy season.”

Three different sports practice there at one time, meaning time is tight for athletes. Throwing a discus indoors can be dangerous too.

“Without much room, throwing an actual discus is hard to do, so, we usually end up throwing a lot of cones, shoes, towels or anything else we can throw that won’t hurt someone if we hit them,” Krouse said. “It’s always a great day when we are finally able to make it outside.”

Through the years at WSU, Krouse said what she has leanred the most is time management. While college means more independence, it also means more responsibility for the student to finish homework and study for exams.

“You don’t have your parents there pushing you to work on homework and you don’t see your teacher every day, as most freshman classes have a couple hundred people and you only meet two or three times a week,” Krouse said. “There’s no one there to wake you up every morning to make sure that you are on time to class or practice.”

“There is also a big jump going from throwing at the high school level to throwing at this level,” Krouse said. “In high school, I was always the one leading the pack, especially when it came to discus. But here, there is a whole new level, especially at the bigger meets. The level of competition can be intense, but that also means that the energy level is really exciting. Going into the meet, you know that everyone there has worked just as hard as you and want to be there just as much”

She also served as a peer academic counselor and a turor, helping incoming freshman and transfer student athletes with their grades.

“You have a meeting once a week to make sure that they are adjusting well to college and are on top of their work,” Krouse said.

In the fall, Krouse is able to make it back to Chewelah and its part of the reason she chose to go to school there. She could make it home when needed. She’s been cheering on
her brothers during their athletic careers and usually calls her parents a couple of times a week.

“I tried to get their sports schedules so that I could go to the ones close to me so that I can still be involved and support them,” Krouse said. “My brothers and I have always been really close, so missing their sporting events was really hard and still is really hard but being this close makes it much easier to see them play whenever I have time.”

But during track season that can be a different story.

“In the spring, I very rarely go home because we are traveling a lot,” she said. “After spring break, we have at least one meet every weekend.” 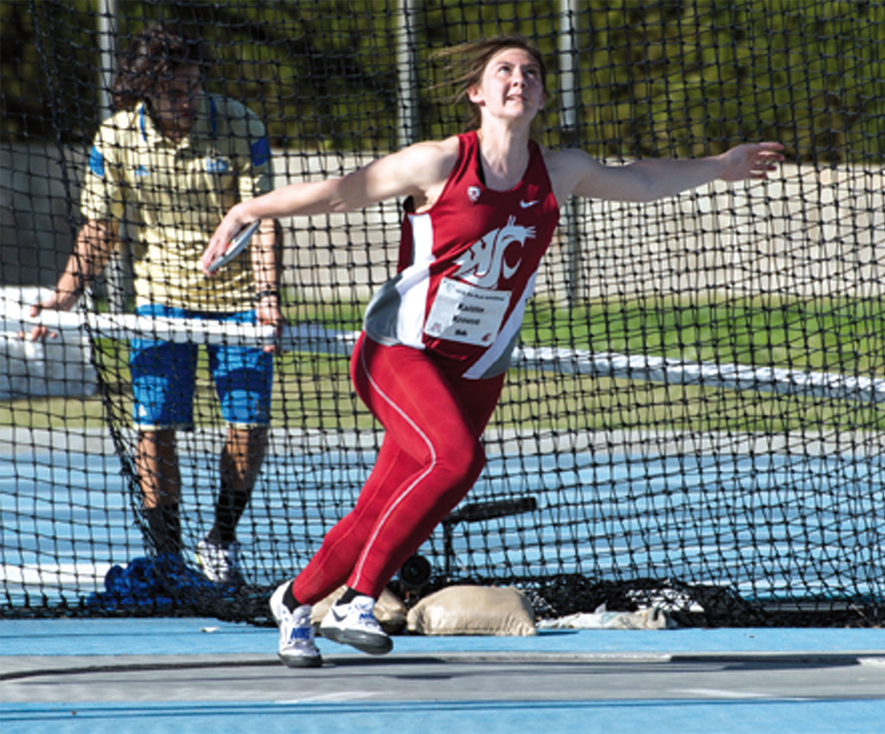