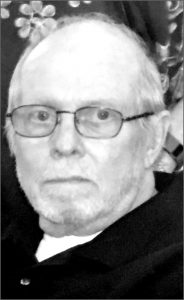 John Robert Brooks was born to John and Roberta Brooks of Chewelah Washington in 1941. He was the first of four children. John attended Jenkins High School class of 1959 and then, following in his father’s footsteps, joined the United States Navy. John spent four years as a radar man completing his enlistment in 1963. After the Navy, John married Marcia Nosich and started a family while attending technical school in Chicago. John worked at several manufacturing companies in the Chicago area.

John’s big break professionally came in 1975 when he was hired as an electrical engineer by the Boeing company. This allowed him to move his family back to Washington where he was closer to his parents who were living in Chewelah.

John married his wife Lynda in 1986. Together they built their home in Gig Harbor, Washington. Together they enjoyed travel and took a number of trips together.

John was very successful at Boeing, achieving the position of technical fellow before his retirement in 2001.

John enjoyed being on the water and owned several boats in his life, enjoying fishing, sailing and waterskiing. Landscaping was also a passion. He was never afraid of working in the dirt (probably as a result of his farming roots), and practically planted a whole forest-worth of trees in his lifetime. He was always up for a game of chess and won more than he lost.

A memorial service is planned for 1 p.m. on February 2, 2019 at Chapel Hill Presbyterian Church in Gig Harbor, Washington.