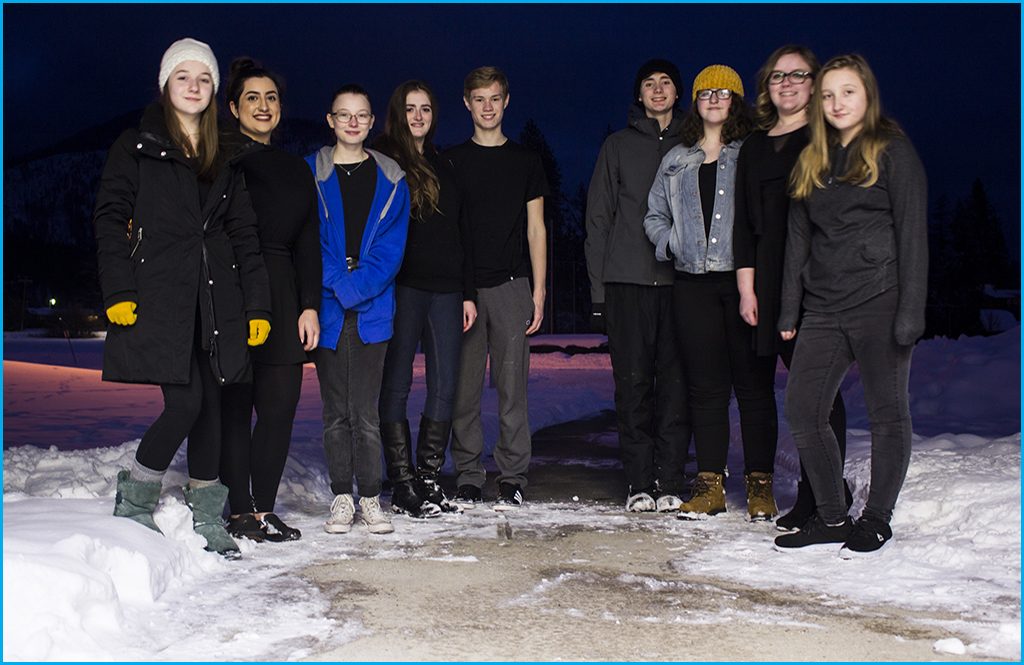 While Chewelah is in the state of Washington, people will be making a trip to Maine when they attend the latest JHS production “Almost, Maine” beginning on March 13. The show comprised of nine short plays that explore love and loss in a town not unlike Chewelah called Almost, Maine.

The show was first performed by the Portland Stage Company in Portland, Maine in 2004 and will feature a four-sided stage for the first time in the Chewelah Center for the Arts. It stood out to the JHS Theatre program for both being affordable for royalties and challenging the unique group of talented actors that the school currently has.

“As a educators we strive to give a broad education to our actors; aiming to select shows that will both complement them and push them to be better, adding the challenge of a stage in the round – where there is audience on all four sides – gives many of them a different experience that they will have in their pocket, should they continue theatre after high school,” said JHS Theatre Teacher and the show’s producer Sheena Rancourt. 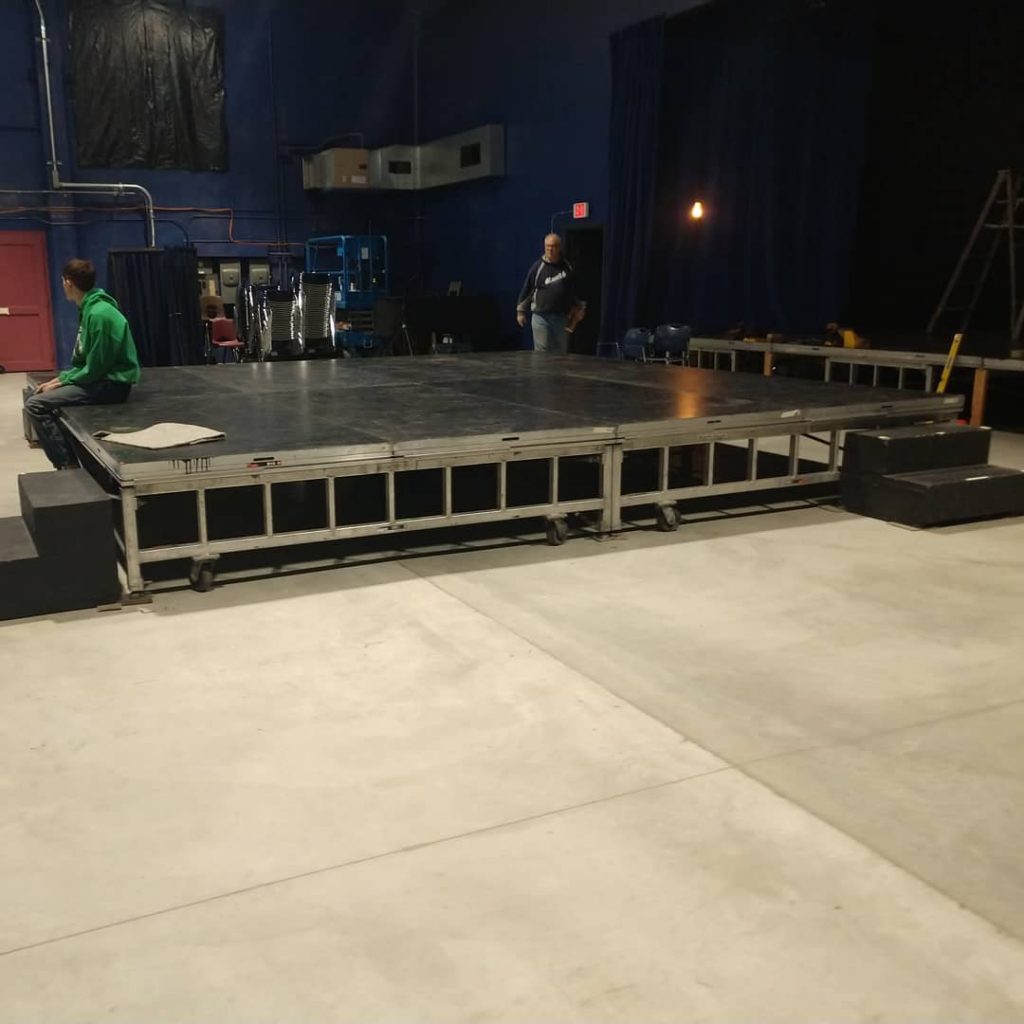 Known as “theatre in the round,” the JJSHS production of “Almost, Maine” will feature a four-sided stage for the first time in the history of the Chewelah Center for the Arts. (Courtesy photo)

Almost, Maine is set in rural, far north Maine under the Northern Lights and each vignette or play takes place in the same ten minute span of time. The show is flexible in its casting as it could be done with as few as four actors and as many as 20 which helps with busy student schedules during rehearsals.

“As a true ensemble show, Almost, Maine doesn’t have any main characters but has given seniors like Tealai George, Jaydianna Briggs and Philip Chantry an opportunity to be showcased before the next step in their lives,” Rancourt said. “Also, this is one of the top ten most produced shows at the high school level in the country the last four years running.”

The show deals with the complex nuance of love and relationships in the wider world and while romance in theatre is nothing new (we’re looking at you, Shakespeare), Rancourt said the show poses a unique take on it.

“It’s not always pretty, it doesn’t always end well and it’s not always a profession of love for the world,” Rancourt said. “Sometime it is just a moment shared between two people in the journey of their lives.”

The teacher added that most of the vignettes are outside the life experience of the young cast, but still captures the essence of each character in a way that shows what incredible talent there is in Chewelah.

“We hope that you will come see the show, support our actors and our program and have a wonderful evening under the Northern Lights,” Rancourt said.

Almost, Maine will play on March 13-15 at 7 p.m. and March 16 at 2 p.m. and 7 p.m. Tickets can be bought in advance at Akers United Drug, Valley Drug, The Independent, Quartzite Brewing Company and the JJSHS Office. Tickets are $7 in advance, $5 with an ASB card and $9 at the door. 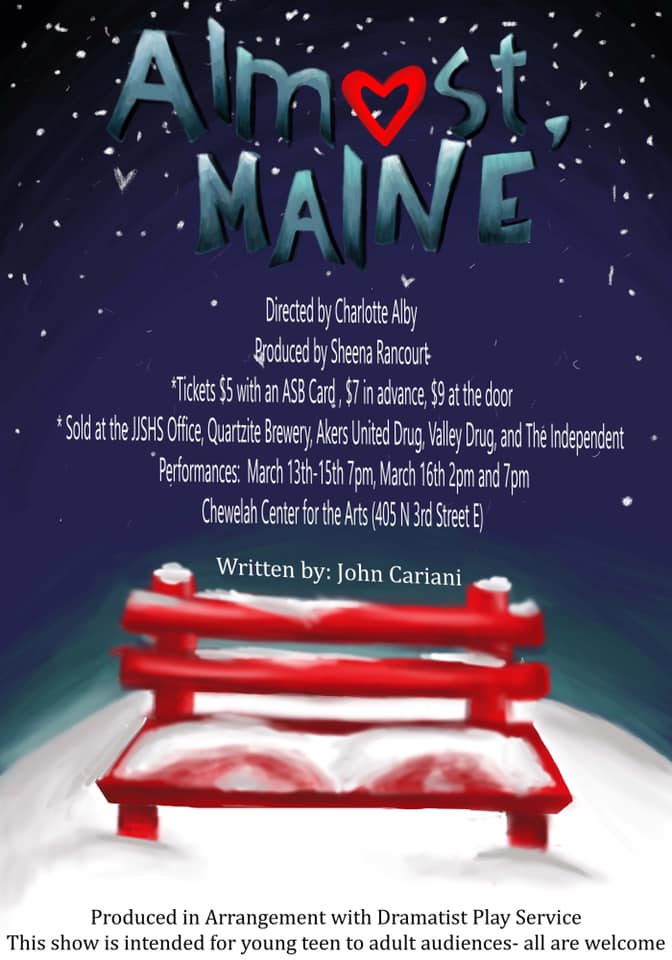 JJSHS Theatre Program hosting informational meeting on March 19
Jenkins Jr/Sr High School Theatre Program will be hosting an informational meeting March 19 at 6 p.m. in the JJSHS cafeteria for the upcoming 2019/2020 theatre season. The program is looking to see who is interested in fall and spring shows (as they are discussing show options/possibilities), song and dance tour, college/broadway performances, and any of the other many events the program participates in throughout the year. There will be a contact/sign up list as well as an opportunity to ask questions and hear about the program goals and expectations. The staff and students hope to see anyone and everyone from homelink to Paidea, from Running Start to alternative school, and everyone in between. The theatre program works around sports schedules too! If you cannot make it to this meeting, but you would still like the information, please email srancourt@chewelahk12.us, though they really hope to see you there.

‹ THE LEAD: William Shatner coming to Spokane › Federal protection of gray wolves to be lifted