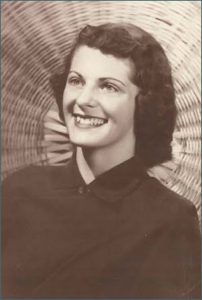 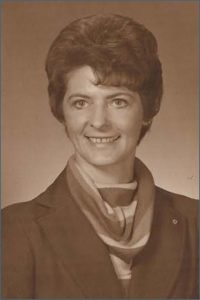 Janet R. Nussbaum-Walker was born June 12, 1936, to parents Raymond and Dorothy (Benjamin) Potter. Janet passed peacefully on Easter Sunday, April 21, 2019, at the age of 82. Janet was born, raised and liver her entire life in Valley (Potter’s Corner) and Chewelah.

Janet graduated from Jenkins High School with the class of 1954. She served as the very first Miss Chewelah for two years, 1954 and 1955. During that time, there were no parade floats, so she rode “Brownie Boy”, a retired long-distance racehorse (given to her brother Gary) that have been previously owned by local resident Dee Richmond. Brownie Boy was a grandson of Man O’ War.

Janet rode in two horse races for Dee Richmond in Chewelah and Colville, until her father did not want her to ride anymore in fear that she might get hurt. During her teen years, she rode prized show horses in parades for her Great Uncle Nat in Salt Lake City, Utah. She rode with the Ute Rangers. Near the age of 14, she opened the Wild West Show is SLC on “Cowboy” carrying the American Flag.

Janet married her high school sweetheart, E. James (Jim) Nussbaum on June 3, 1956. They had two sons, Gary born in 1957, and Kenneth born in 1959. During their 48 years of marriage, they enjoyed watching their sons participate in sporting events, they were known for their dancing (Chewelah Shuffle) and enjoyed snowmobiling and bowling. Jim passed away in 2004.
Janet started her banking career with Seattle First National Bank in 1953, working part-time at the Chewelah branch during her senior year in high school doing general filing. In June 1954, she was employed full time as a bookkeeper, During her career with Sea First, she worked many positions including Assistant Bank Manager and finally retired at the age of 52 as the Bank Manager.

During her banking years, Janet was active with the Chewelah Chamber of Commerce serving as an officer and board member. She served as President of the Chewelah Chapter P.E.O. and J.H. Ainsworth DeMolay Mothers’ Club. In 1975, she was Worthy Matron Chewelah Chapter 101 Eastern Star. Janet also worked with the Miss Chewelah Program for many, many years, helping to set up the program each year and helping all the young ladies prepare. Janet and Jim supported and volunteered many hours to the Chewelah Community.

After her retirement from banking, Janet worked for Steinbach Construction for 14 years until her full retirement. She then started doing the books for the American Legion here in Chewelah as well as helping the Legion with bingo nights and assisting with cooking for various events. She thoroughly enjoyed the Legion events dedicated to those who served or are currently serving our country.

Janet married Lynn Walker May in 2007 and they really enjoyed their love and companionship in the time they had together. They also enjoyed their mini road trips to Montana and traveling in WA State to visit family. Lynn passed April, 2009.

Janet is preceded in death by her parents and nephews Cliff Potter and Tyler Rausch. Those surviving her are her sons Gary (Vickie) Nussbaum and Kenneth, of Chewelah; Grandchildren Kaleena (Joel) Noland of Sacramento, CA; Cory and Sierra Nussbaum of Green River, WY; and Great Grandson Deion Joel Noland. She is also survived by her four siblings; Gary (Louanne) Potter and Bill (Judy) Potter of Chehalis, WA; Jim (Linda) Potter of Maple Valley, WA; and sister Mary Kay (Peter) Rausch of Addy, WA. Janet is also survived by many nieces and nephews. Memorial services for Janet will be held at a later date.