IN MEMORY OF: Julie Castro Thompson 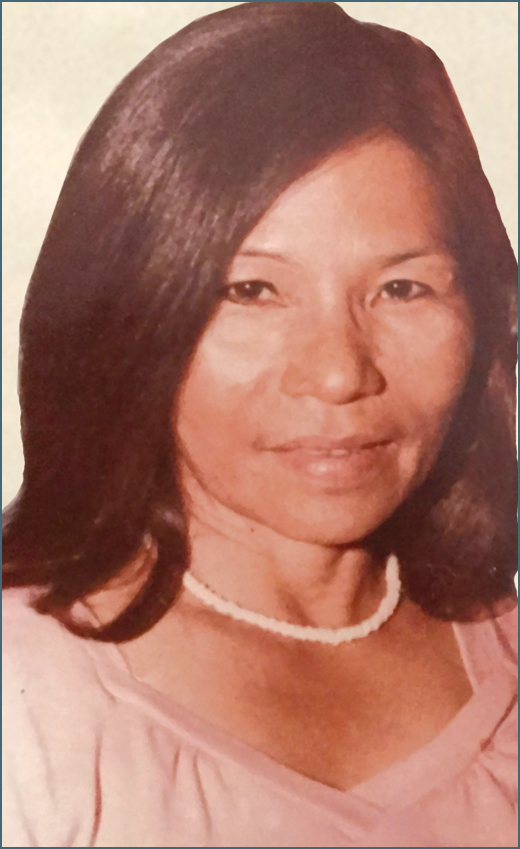 She had a wonderful childhood growing up on the Island of Guam with beautiful palm trees and hibiscus flowers. Her parents were land owners and farmers and were able to help those less fortunate. It was important to Julie to give no matter what, saying “money isn’t important” meaning if you have it to give, give.

She loved the fact that growing up she had lots of pets and believed that God wanted us to all look after all the animals.

She went to a catholic school and made friends easily and never met a stranger. She had a way of making everyone feel special, it didn’t matter if she had known you all her life or just a short time, you were a friend.

In adulthood and after the war she met Frank Thompson in 1949 while working as a cashier on the Naval Base. They fell in love and were married and then moved to Valley Washington and became a lifelong resident and Pioneer at Waitts Lake, Washington raising four children. Thomas Thompson, Jerri Holz, Bonnie Spencer, Evelyn Joyce Thompson.

She had extraordinary culinary skills and many people in the town of Valley would ask her to cook for them making various dishes including homemade pies and cinnamon rolls. She was self sufficient and was able to can her own fruit, vegetables and meats.

She became an Avon lady and sold Avon from Colville to Deer Park for 26 years and worked for the Catholic School System as an assistant cook at San Vicente School on the Island of Guam in the 80’s and 90’s. Julie was a caregiver for 16 years and took great pride and care in her work as a caregiver giving all her love.
Her family was her life, she loved every one of her children, and would say I love you all the same. There was nothing more important to her than her family.

“We love you dearly and we will always miss you”

There will be a Celebration of Life held in the summer, all are invited.