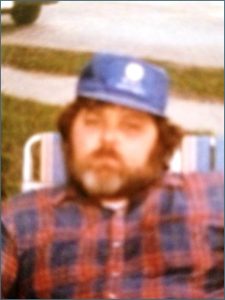 Monty Rice passed away on October 23, 2020 in Chewelah, Washington. He was born on January 5, 1953 in Colville, Washington to Darrell and Nora (Bridger) Rice.

In 1970 he met a young lady named Lorraine Lyons. The two hit it off right away. On October 27, 1973 they were married. Together they raised three children.

Monty has always been a car junkie. He was especially fond of Mopar products. He lived for racing his favorite cars. On any given weekend, he could be found at a racetrack somewhere. He was often seen on the drag strip at Spokane County Raceway. He won multiple trophies there. He passed his love of Mopar on to his sons. They have carried on the tradition of racing Mopar vehicles to this day. Monty has owned several Mopar vehicles over the years but his favorite is his 1969 Plymouth Roadrunner.

He enjoyed the occasional fishing trip and he loved his children and grandchildren. Monty is survived by his wife of 46 years, Lorraine, his daughter Konnie Rice, sons  Monty Rice and Bobby Rice, sisters Nadine, Mary and Louise, brothers Kenny and Roy, and two grandchildren.

Please visit the online memorial and sign the guest register at www.danekasfuneralchapel.com. Danekas Funeral Chapel is entrusted in care.