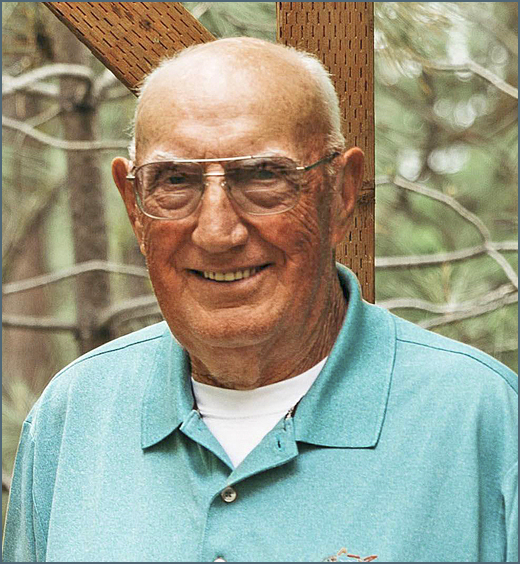 He began school in Craig, Colorado, and moved with his family to the Sherman Creek area, just west of Kettle Falls, Washington, at the age of 14. He worked on the family cattle ranch and attended school in Marcus. Larry graduated as the Student Body President for the class of 1952. He then moved to Alaska. There, he worked construction before returning to Colville to work as a pipe fitter for Grinnel. On September 1, 1956, Larry exchanged vows with Mary Ann Raska, and they started a family. He worked at the Smith Nielson Lumber Company for a couple years in Kettle Falls before beginning a 30-year career with the City of Colville.

Larry began as a laborer in the water department and retired, in 1989, as the Director of Public Works for the City of Colville. He then worked in road maintenance for the National Forest Service for 6 years. Larry was a member of the Immaculate Conception Catholic Church, Colville Volunteer Fire Department for 32 years and a lifetime member of the Fort Colville Gun Club. No matter his day job, Larry was a cattle rancher at heart. He raised hay and cattle every year from the time he was a boy. He retired twice, but never stopped ranching.

Larry enjoyed spending time outdoors, either working the ranch or enjoying his river property with family and friends. He was a good father who spent time camping, fishing, hunting, coaching baseball and teaching the value of hard work to his children. He was a constant provider who always met the needs of his family and could fix anything. Many will remember his kindness and ever present happy demeanor.

He was preceded in death by his parents and his brothers Rollin and Marvin Schrader.

The funeral services for Larry D. Schrader were held at the Immaculate Conception Catholic Church in Colville. The graveside service and vault interment followed the Mass at the Mountain View Park Cemetery in Colville, Washington. The Mass will be available for viewing anytime on the www.myparishfamily.org website. Memorial contributions may be made to the Shriner’s Children’s Hospital or the Immaculate Conception Catholic Church or the charity of your choice. Please visit the on-line memorial and sign the guestbook at www.danekasfuneralchapel.com. Danekas Funeral Chapel and Crematory is entrusted in care.