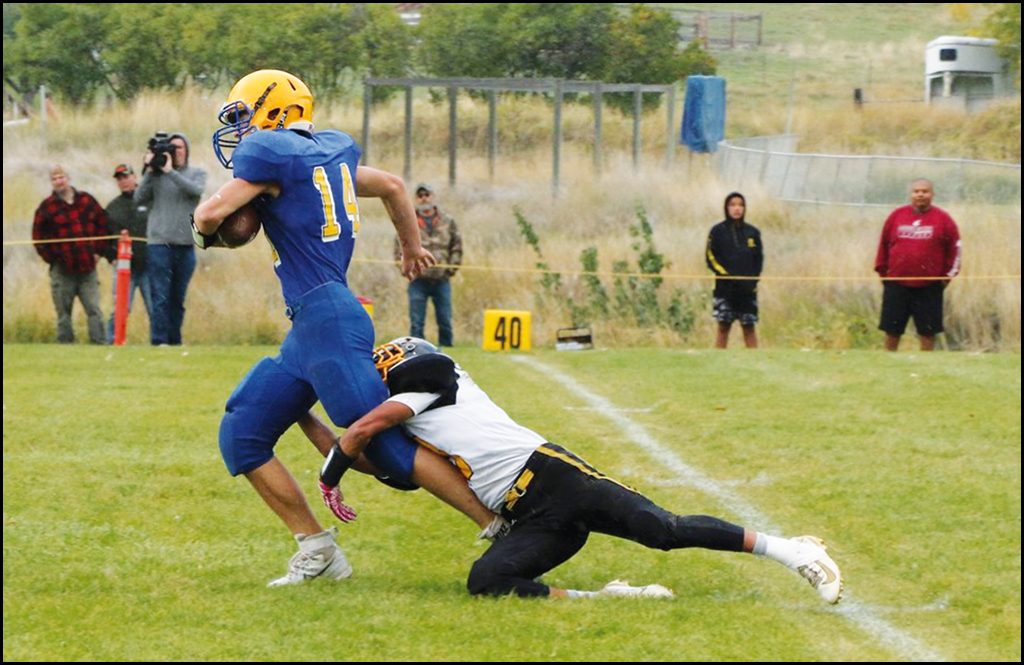 Freshman Dylan Young tries to shed off a Cusick defender during 1B football action in Hunters. (Bobbi Ward photo)

TALL TASK: Panthers pull away in the second half to defeat Hunters 66-20 despite strong performances…

Hunters’ offense continues to get points on the board, but their third game of the year was a tall task for the young Lions squad as league-undefeated Cusick rolled into town. Considered by many to be the main challenger to Selkirk this season, the Panthers looked strong, jumping out to a 40-20 halftime lead.

In the second half, Cusick shut the Lions out to improve to 4-0 in the NE 1B North, while Hunters dropped to 1-2.

The Lions were led by quarterback August Wagner, who rushed for 118 yards with two touchdowns and passed for 90 yards with a touchdown pass for Hunters.

Wagner now has 328 rushing yards on the year and six rushing touchdowns total.