HIGHWAY 395: Artery of the county 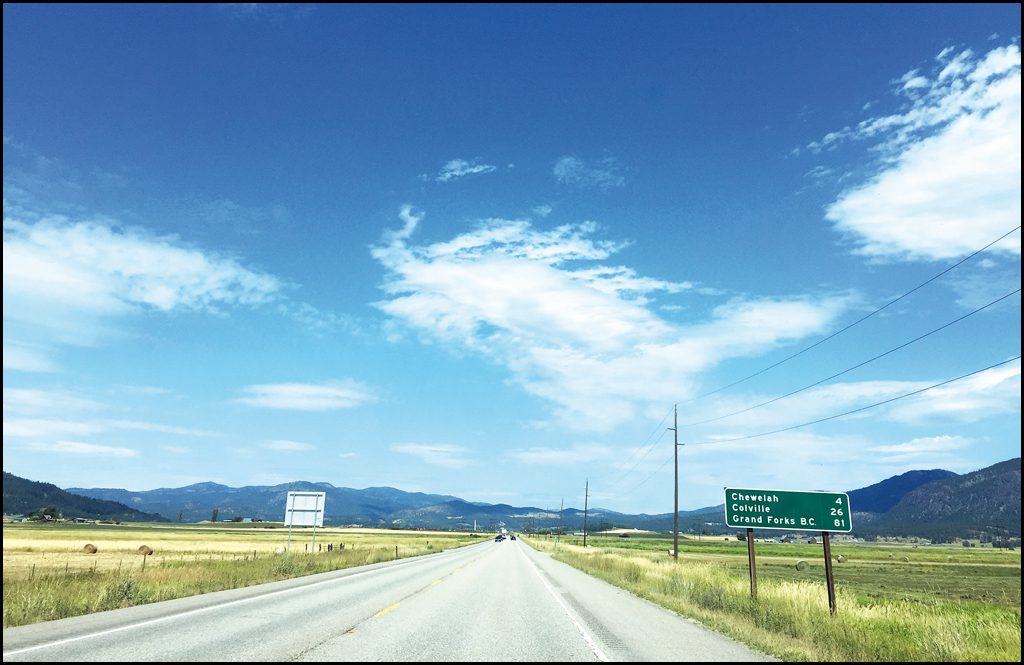 Accidents on Highway 395 have their effects magnify since the roadway is a major transportation route through the area. (Brandon Hansen photo)

Rate of fatal accidents on HWY 395 normal, but closures have big effect on travel…

The sights and sounds are familiar. A flurry of sirens. A blast of Facebook posts to find out what is going on. A dribble of photos of an accident on Highway 395 and then a community response of prayers for those involved and complaints about the main transportation for Stevens County.

In the past few weeks as summer ramped up, several high-profile wrecks have locals wondering what is happening to their highway.

As the population grows both in Stevens County and nearby Spokane County, traffic grows with it. While not an exponential growth, Highway 395 is seeing considerably more traffic now than in previous years.

According to WSDOT, the highway is seeing a one percent growth in traffic every year, which may seem small but, when forecasted over a number of years, can be a big jump from what we remember 10, 20 and even 30 years ago. Loggers particularly can remember times when they would drive to work at 3-4 a.m. and they would be the only vehicles on the road. Now, they’re met with several cars on the road.

People sitting at intersections in Chewelah can attest to the long lines and patience-testing waits to get going. Even the one stoplight in town can stack up the cars.

Still, the highway is an improvement. Before the highway, people had to navigate the windy roads on either side of the Chewelah area valley because valley flooded often. Take a trip on Cottonwood Road and ask yourself if that’s a route you’d want to take every day if it was heavily traveled.

Highway 395 is nearly a straight shot through the county and provides us in Chewelah with a quick 20-minute drive up to the county seat in Colville and a 45-minute drive to the metropolis of Spokane.

But as traffic increases, how safe is it? Believe it or not, auto accident fatalities in the nation are on the decline, with 40,000 people dying nationally in 2018, a one percent decrease from 2017. This is part of a bigger trend of fewer fatal wrecks. In 2012, there were 7,700 less fatal car accidents than 27 years ago. Studies suggest better advances in car safety technology, people being safer by wearing helmets on motorcycles and wearing seatbelts in cars. Sobriety checkpoints, lowering of speed limits and other measures have also helped. Highway 395 is no exception to this as it saw 21 fatal crashes between 2008-2018 and has performance that is comparable or slightly better than similar NHS rural two-lane principal arterial highways

Perception and reality can be an interesting game. Auto-accidents in rural Stevens County can be a different animal than traffic heavy areas in Tacoma or Seattle.

With smaller populations, there is a good chance someone involved in a fatal accident can be related or acquainted with many people. When Highway 395 is closed down because of a big accident, it crimps off a vital lifeline of travel and commerce for several hours.

According to WSDOT, US 395 through Stevens County has seen an average of two fatal crashes a year over a 10-year period. When compared to other highways of similar make, Highway 395 has lower fatality and injury rates. Despite this, according to Washington State Patrol’s Jeff Sevigney, a two-lane highway does present some issues for drivers.

“There is less room for error,” Sevigney said. “When you have something happen say on I-90, you have other lanes to maneuver to, you have jersey barriers separating traffic. On a two-lane rural highway, you have two options in an accident situation: to go off the road surface and probably strike something or to turn onto oncoming traffic.”

That being said, Sevigney points out that roadways don’t cause accidents, drivers do. He added it’s also not fesible to expect every roadway to have the same safety features like jersey barriers on I-90.

“It’s imperative on roadways like Highway 395 that people drive well,” Sevigney said. “This means not driving distracted or not driving impaired. Typically people do a good job, but when people make mistakes, the consequences can be tragic.”

The summer months tend to be some of the more accident-prone months for motorists with increased traffic. Sevigney begs people to be more patient when turning onto Highway 395. Anyone who has sat in Chewelah waiting to turn on at slow speeds can attest to the long wait sometimes. There can also be long waits at several turnoffs along the county (We’re looking at you Quarry-Browns Lake Road), but the key to being safe is to make sure you’re not pulling out in front of people.

“People get in a hurry and they misjudge traffic,” Sevigney said.

He said the vast majority of accidents are driver error. With the advent of cell phones, distracted driving has become a huge issue. People on their phones, texting, playing on social media or even trying to figure out their GPS can drive like they are impaired from drugs or alcohol.

“Don’t text and drive, stay off the phone,” Sevigney said. “Some people get in trouble because their GPS messed up and they try to play on their phone re-routing their GPS. Pull over if this happens, stop being on your phone and driving.”

There is a feeling that traffic has grown, and WSDOT said locations along the highway have seen a dip in traffic while other areas in southern and northern parts of the county have seen annualized traffic growth of two percent, which can be huge growth over several years.

There have been suggestions and complaints wondering why a four-lane highway hasn’t been installed through the county. Cost estimates for a project like that would far outstrip anything WSDOT could afford for an area of 45,000 people. Costs for a four-lane highway would be anywhere from 500 million to one billion dollars.

The entire yearly budget for WSDOT is $6.75 billion, meaning a works project like that would take out a huge chunk of their finances. About 37 percent of state taxes in 2018 went to debt services, and this number is expected to grow to 52 percent by 2029, meaning that money from the state is simply already tied up.

There are also many more traveled roads in the state. NE Washington is sparsely populated compared to other parts of the state and when compared to how much traffic Highway 395 gets to say, I-5, near the Tacoma Dome, and the gap is startling.

Still, things just aren’t left to the elements. WSDOT maintains the pavement, signing, striping, guard rails and overall preservation of the roadway while also responding to emergency needs. Intersections have been channelized, signalized and two problem intersections near Deer Park have been turned into roundabouts to reduce high-impact collisions. Centerline rumble strips have been installed along with shoulder rumble strips.

The WSDOT’s own safety program requires the state’s highway system to be screened every two years and checked for segments and intersections with higher rates of fatal and serious injuries. After crash analysis, WSDOT tries to figure out if this is because of the way the road or area engineered. They then look for solutions.