Heavy mountain snow on the way, could blanket 49 Degrees North 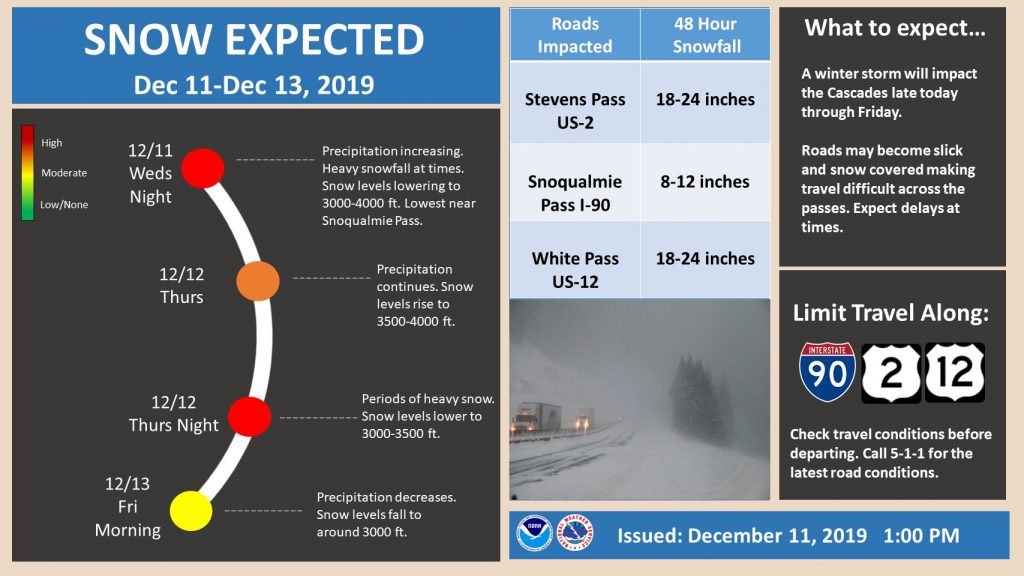 Even after a dusting of an inch or less on Wednesday morning, the snowfall so far in NE Washington has been somewhat absent. However, that big snowstorm that could give 49 Degrees North ski resort near Chewelah an important charge of snow is on the way. The National Weather Service is now forecasting heavy mountain snow tonight through Friday. A moist, westerly flow will blanket the Northwest with moderate to heavy snow.

Expect snow in the mountains of the Cascade Mountains, NE Washington Mountains and the North Idaho panhandle, with totals upwards of one to two feet. Wind could also produce snow drifts.

Travel across mountain passes could become hazardous at times. Plan on slippery road conditions. Snow for the northern valleys could see two to four inches. Deer Park and Springdale are expected to get less than one inch.

Slow down and use caution while traveling. The latest road conditions for the state you are calling from can be obtained by calling 511.