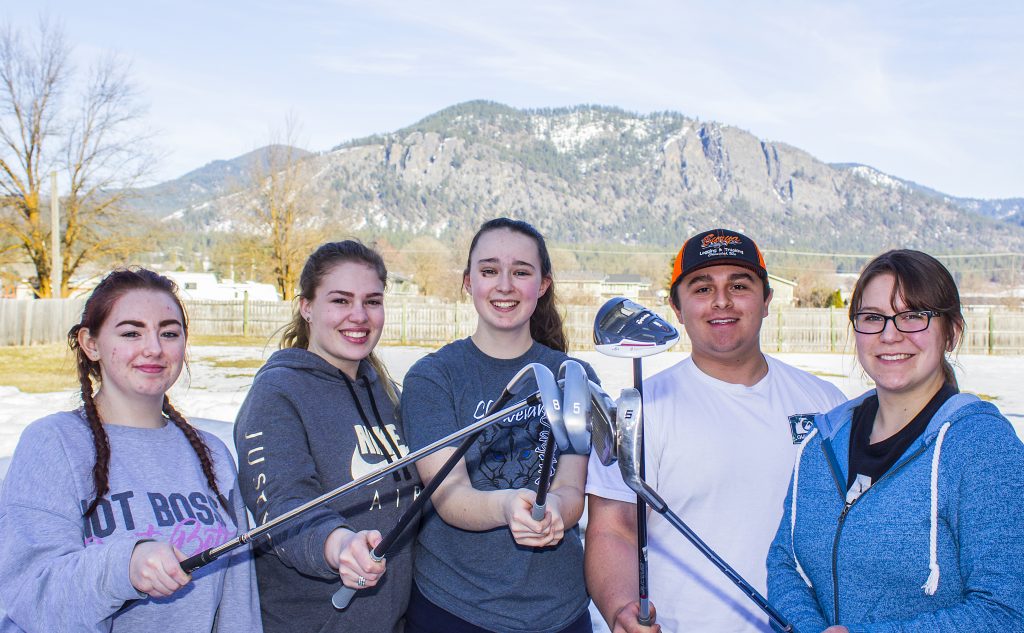 Chewelah golf could be sending multiple athletes to the state tournament later in May. (File photo)

It is crunch time for the Chewelah golf team as they’re in Liberty Lake today playing in the District 7 1A/2B/1B tournament with a trip to state on the line. Lakeside and Colville appear to be the top teams in the tourney after last week’s subdistrict tournament was a battle of 44 girls from 16 different schools in Deer Park. Now traveling south even more, the Cougars’ Avery Arnold comes in as the No. 2 golfer in the NE 2B league with a stroke average of 98 for the girls, and teammate Becca Bennett is No. 3 with a 100 stroke average for 18 holes.

Harting said that she didn’t reach her true low score at sub-districts so districts could have her doing much better score-wise.

“I am confident that she will turn that around at the district tournament where she is ranked No. 13 going in,” Harting said.

Chewelah is also sending Alison Brashler, ranked 20th in the district and Jayci Earl, who is ranked 28th in the district. The top 18 girls will advance to the state tournament and their scores from subdistricts will be added to their district score for a two-day total. Bennett is actually ranked ninth in the district so the Cougars could be sending a van of golfers over to Tumwater for the state Tournament on May 20-23.

This is the second year there has been a combined girls district tournament, meaning that while the Cougars dropped down from a 1A school to a 2B school, there hasn’t been much of a change.

“The girls just show up and play, low scores move on,” Harting said.

“Last year the top 3-4 girls were from the B schools and this year they are from the A schools,” Harting said. “I think it will just move around from year to year. As a coach, it isn’t any different from the A’s to the B’s. We just need to get more girls out for golf so we can have our own tournament and not have to combine with the A’s.”

Chewelah has had a good-sized girls team this year and Harting said they have been good to work with. They had to start late, since practice began on February 25 and they didn’t get out on the driving range until the first of April because of snow.

“They are very coachable and have great attitudes,” Harting said.

‹ Washington is where Bigfoot is sighted the most › FROM THE EDITOR: Chewelah man tries Taekwondo, mayhem ensues