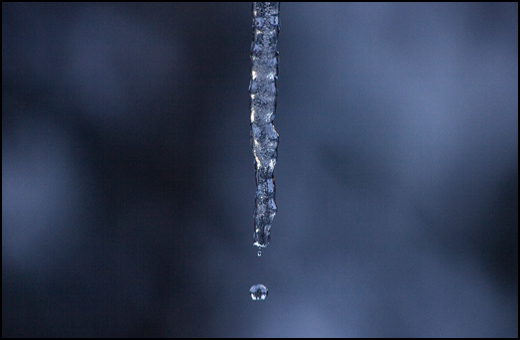 With snow in the forecast this week, we’re going to help you brace for winter in Stevens County.

BE AWARE: NOBODY CHANGES THEIR DRIVING
Highway 395 is exactly the same during the summer and the winter, except in the winter, that pickup truck hauling an RV and then a boat behind their RV will still be passing you on a double line. It will just be sliding past you instead of driving past you.
Get ready for Mario Kart: Highway 395 every winter. If the roads are bad, it’s best to just stay home.

YOU WILL BE SCOLDED CONSTANTLY BY YOUR PARENTS FOR NOT DRESSING WARM
The Stevens County Parents’ Guide clearly states you must chide your child at least four times a day for not dressing warmly enough for winter, even if they are dressed warmly enough for any normal winter conditions.
“Oh you’re cold? Guess that winter jacket wasn’t enough like I told you? Should have gotten a NASA-designed spacesuit that is for the -200 temperatures you see on the moon. Big miss, kiddo, I told you.”

IF YOU DON’T HAVE A WOOD STOVE, ARE YOU REALLY FROM STEVENS COUNTY
Oh central heat? Natural gas? How quaint. Well if you actually want to be warm this winter, you’d better get a wood stove and a mountain of firewood. It’s the quickest and driest way of warming up when it’s colder than Mars out there.
[That isn’t a joke, sometimes Chewelah gets colder than Mars. I wish I were joking but yeah, better give Elon Musk a call if you want to experience warmer weather in the next few months.

‘TIS THE SEASON TO EMBARRASS YOURSELF WITH HOW MUCH YOU SPEND ON YOUR SNOWMOBILE
I have never seen someone have a snowmobile that ran for more than a few months before needing a small house loan to either fix, renovate or supe up. I think perhaps the biggest investment you could ever make in Stevens County is not a home, but your snowmobile sled.
Since I’m cheap, I’ll just get a dog sled and mush my Mini Aussie Finley around town.

SENIORS OF CHEWELAH, STAY INDOORS AND HAVE SOMEONE ELSE DE-ICE THE DRIVEWAY FOR YOU
Seriously, driving or walking through Chewelah, I see way too many people assuming the “squatting penguin” martial arts stance after a snow and freeze. The scanner goes off constantly with people who fall down because of the ice. Just don’t do it folks, it’s not worth the hip replacement. Pay some young kid to de-ice and shovel your driveway, because that’s less perilous than watching you walk down your four-foot driveway looking like a ballerina after ten shots of vodka.

BRING ME THE PUMPKIN SPICE
The spice must flow folks. Instead of complaining about it, take a page out of the book “Dune” – Spice is life. Pumpkin spice and our 8,000 coffee stands in town are a way of life. Just get it. Even us proud Stevens County men. Pumpkin spice is just way better, no matter what. Not sure why they only bust it out once a year.

GROW A STEVENS COUNTY BEARD
Come on guys. Even the women! Everybody should look like Duck Dynasty by the end of February. Besides, a good beard can store food for later.

AVOID THE MALL FOR CHRISTMAS SHOPPING
Is the mall still a thing? Just shop local, there is way cooler stuff in Chewelah than the Orange Julius in Spokane.

IT’S STEW SEASON
Cook stew once a week. It will last three-four days in leftovers. Much like “The Mandelorian,” if Stevens County were to have a guild of bounty hunters in a sci-fi universe, this is what they would do along with making cool space armor – they would make stew. This is the way.