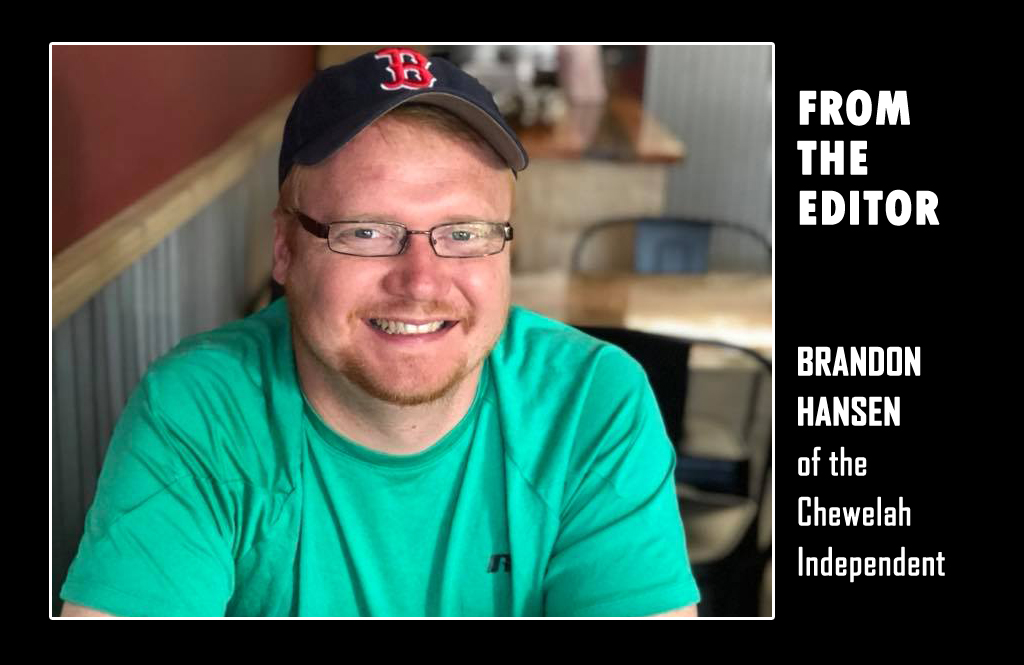 We’ve heard that several large companies have cities playing suitor to their headquarter needs. Seattle points out that they are the city to move to because they have great coffee, Portland points to their weird culture and even Spokane had entered the game by highlighting the cheap rent in town.

Spokane media cheerleads their effort with editorials and articles every week about how great the Lilac City is and how much people should move there.

Which makes me think… Why not Chewelah? Sure we’re a small speck of a town compared to those massive cities, but for what we lack in traffic, we offer in low stress and that good ol’ hometown feel. The least The Independent could do is let Microsoft know they should drive up here and take a few photos for the next default background for the desktop of Windows 20.

I hate to smack in the face of “leave things the way they are” but if you’ve seen the “Chewelah Industrial Park” sign across from the high school, you know there are more cow pies than CEOs (although they usually consist of the same material) and we have room to grow. And we should grow with whatever comes our way. If you want to make retro hipster cassette tapes because they’re coming into vogue again, by all means set up shop here. You want to make hoverboards since we’re long overdue for those, please set up a dealership here because I want to start re-enacting scenes from Back to the Future.

Catering to a big company wouldn’t be the first time Chewelah has been a company town. From the Magnesite Plant to Alcoa, there has been a benefit in jobs for some coporation being in town.

Instead of something industrial this time around, dare Chewelah go for something more techie?

Thanks to the efforts of Chewelah Mayor Dorothy Knauss and other community leaders, there is broadband internet in town, with speeds that let me download the latest version of DOOM in like three minutes. That should be enough for somebody to work in the comforts of home with a good view of Quartzite Mountain.

Sick of your package getting soaked in the snow or stolen because it sits at the end of the driveaway? Imagine if Amazon HQ’s drone army was up here delivering contents to people’s doorsteps.

Although on second thought I’m not sure how gun-owning Stevens County residents would respond to these machines flying around.

The main thing is if you need a place to put a group of employees, why not in a town where it is a great place for kids to grow up and you’re not too far from Spokane with a multitude of big-city amenities?

We’ve got outdoor options that young professionals view as “must-haves.” With the efforts efforts of CARPE, Tri-County Economic Development District and more collaboration to open up the Colville National Forest to a variety of recreation, we’re sitting on a awesome playground.

Vaagen has taken the step into producing cross laminated timber up in Colville, which is becoming something of a niche industry where the old-fashioned timber industry meets modern modular design. It’s becoming a hit in cities because contractors can construct buildings quicker, with less of a footprint on crowded city streets.

What would be a good thing for Chewelah is if it became a company town again. While I wouldn’t want to use company scrip to pay Sety’s or for Sweetum’s to replace the city water with soda like an episode of Parks and Recreation – this city right now feels like a town designed for young professionals … without the young professionals.

So let’s put a bug in someone’s ear. Preferably a video game company, but that’s just me. Chewelah is a weird town for its location, its people and its circumstances which makes it perfect for someone to put down roots and make us the headquarters of something!