FROM THE EDITOR: An interesting message from the series “Chernobyl”

(Brandon is the managing editor of the Chewelah Independent. He is a graduate of Eastern Washington University and lives in Chewelah. You can reach him at brandon@chewelahindependent.com) 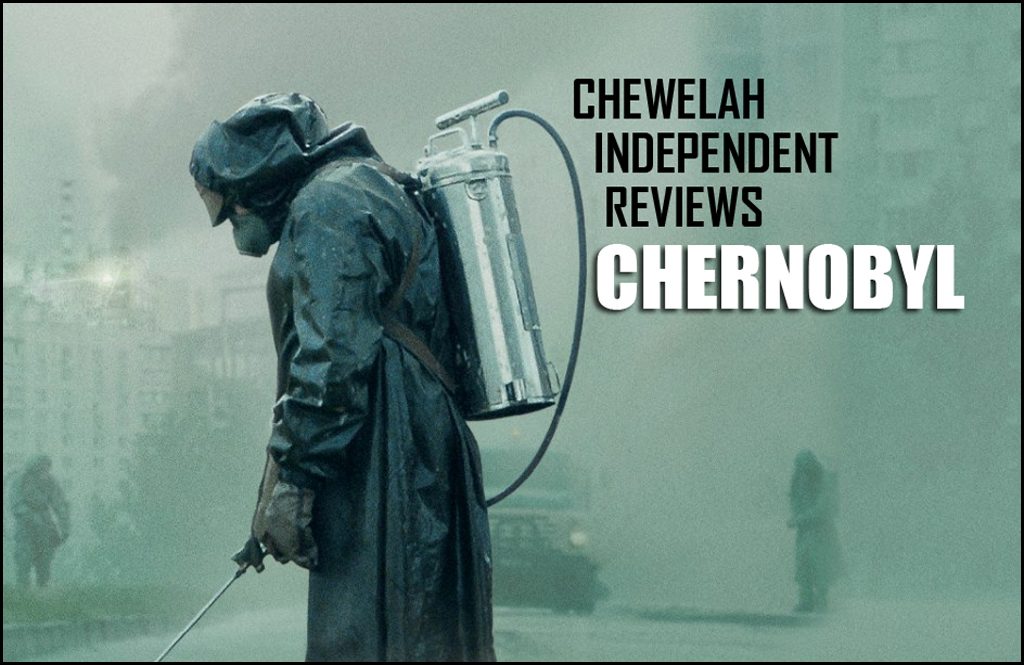 The cable channel HBO is known more for its sword and shield series “Game of Thrones” which I can’t get into because you need a guide book to keep track of all the political alliances, but its foray into Soviet history is one of the best things I’ve seen in cable format in a long time.

Chernobyl is a mini-series based on the 1986 nuclear accident at the Chernobyl Nuclear Power Plant near the Ukrainian city of Pripyat in the Soviet Union. The TV series takes almost a horror movie approach to the insidious nature of radiation and how it affects people.

The series does a few things that I really appreciate, first it shows the Soviet people as just that, people like you or me thrust into a less-than-favorable situation by necessity, and a government that is operating on propaganda and party lies.

Secondly, the actors use a English accent in all this, much like how the late 90s “Enemy at the Gate” does. Why are Russians sounding like English you ask? It gives the English-speaking audience even more reason to associate with the characters on the scene instead of the Boris and Natasha accents popularized by Rocky and Bullwinkle.

While a mini-series about a nuclear disaster, it’s more of a exploration of how lies can fly in the face of reality, even when people are dropping like flies from radiation sickness.

And here is the first lie. In movies before, we have been lied to about radiation sickness. In the movie “K-19: The Widowmaker” they actually toned downed the effects of radiation sickness from a malfunctioning nuclear reactor because they thought that American and British audiences wouldn’t believe these effects.

The kind of radiation exposure some of the nuclear reactor workers and firemen responding to the initial explosion were so great, you had horrific results not immediately but days afterwards after the cell structures and DNA damage began to take hold.

While critics point out that some of the radiation sickness instances have been dramatized, I think if people knew the true extent of say a nuclear reaction accident, or a nuclear bomb going off, they would be much more horrified as to what this means for humanity.

The series also makes a hero out of the most unlikely of heroes, Valery Legasov, who points out that the cause of the disaster was from defective Soviet-designed RBMK-type nuclear reactors.
It masterfully points out the flaws in the communist system, without making the people in the system seem like moustache-twirling villains.

One of the most likeable characters in the mini-series is the Council of Ministers Deputy Chairman Boris Shcherbina, who begins the series believing the Community Party’s line about the nuclear disaster, distrusting Legasov but eventually gathering enough information and seeing real character growth into a redeemable person despite being a bureaucrat.

As the series unfolds, you’ll find yourself on the edge of you seat and unnecessarily tense even when characters are merely talking in a room. The pacing from scene to scene is brilliant and in the end it feels like nuclear power isn’t the dangerous culprit, it’s the lies, the arrogance and suppression of criticism that the series makers say they were trying to reveal.

It must have hit a chord over in Russia as now the country announced they’re making their own miniseries – one that implicates the CIA as the culprit for the disaster. It appears that old habits for propaganda never die.

Hearing the mini-series was debuting on HBO sent me into a tailspin of reading and watching documentaries on the 1986 disaster and other nuclear disasters both in this country and others.
It keeps reminding me of the seemingly repeated theme of humans being overconfident in their mastery of technology and then refusing to admit they were wrong to begin with. There is also the underlying theme of the government not knowing how bad things are or refusing to believe how bad things are.

There is a scene in the series where the Soviet Coal Minister Mikhail Shchadov addresses coal miners, tasking them to tunnel under the exploded nuclear plant in an effort to prevent radiated material from coming into contact with the country’s aquifer. As the coal miners walked by the minister they touched his light suit, leaving coal dust all over him. Dramatic license? Yes, but in an artistic way it shows the human cost.

The official death toll from the disaster was in the 30s according to Soviet sources, but again that’s from the government. Other agencies calculate it to be in the tens of thousands. But as we do, the human cost will be argued for years as cancer rates can’t be directly traced back. A thousand square miles is now uninhabitable and will be for thousands of years. The blame doesn’t fall on one person. People acted heroically in this situation. The villain was the political system for its production of a faulty reactor. Ignoring design flaws because the political system demands it has its price. And it’s a lesson we can take from this mini series. It’s a good watch and while you’d think radiation is the villain in this, it’s actually political rot.
Political rot. Now, where have we heard that before?

FROM THE EDITOR: Bob Robertson was one of Washington’s treasures

‹ Remember When for July 11, 2019 › COACHING: The toughest job in small town America