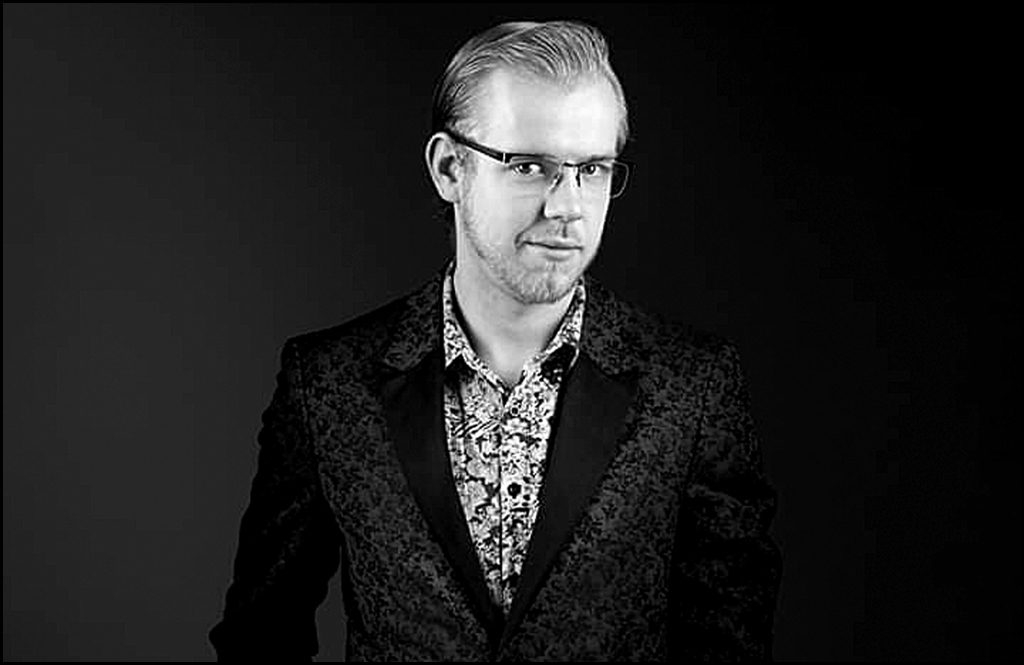 CONJURING COUGAR: JJSHS grad Eric Stevens finds fulfilment in the world of illusions with personable attitude, desire to perform and a little bit of humor…

When watching Eric Stevens perform on stage, you’ll notice that the Chewelah grad isn’t big on being mystical and serious, but rather personable and relate-able. The 20-something magician is about to move to Las Vegas, and while he has the goal of becoming a teacher, he is turning some heads of some top magicians.

Stevens tends to use a more personal form of trickery called “close-up magic.” This is different than big prop-based tricks, but it fits the Chewelah native’s style of knowing his audience and breaking their expectations.

“Comedy and magic are two examples of the performing arts where the audience comes in immediately judging you,” Stevens said. “They often want to see you not do well or not get fooled, and you have to deal with that as a performer.”

“Comedians and magicians have a lot in common. We’re both performing in front of audiences with variables, and people have pre-concieved notions of what magic is. What you really want to do is something that people will remember. As Pete Holmes said, magic is the only form of entertainment where 90 percent of the audience is trying to ruin it for themselves and figure out what you did,” Stevens said. “If you relate to them, they will remember you.”

Magic is theatre without a net, as Stevens like to say. You have about 5-10 seconds to convince the audience you’re worthy of the attention before they start doubting.

“You have to have the right posture, the right charisma and continue this body language throughout the show,” Stevens said.

Stevens first got into magic when his grandmother found a card trick book while cleaning up and gave it to him. Stevens immediately took to it, practicing trick after trick in front of people until he perfected them. He first began performing in public at the Senior Center and then for birthday parties. Stevens would always perform for Mr. Thome at the high school because he knew the staff member would provide honest feedback.

“Oftentimes, the worst people to perform for when preparing an act is your friends or family because they won’t be honest with you if something works or not,” he said.

In college at Spokane Falls, he went to the Spokane Magic Club and immediately caught on with the group. He met magician Jay Scott Berry at a magic lecture, who saw potential in the college-aged kid and invited him to a festival tour.

Stevens accepted the invitation a year later and found himself touring with a group of magicians as part of the show, and performing in California, Ashville and Arkansas.

“It was surreal, I was touring with some of the world’s best magicians and on some nights, I would have to come up with an act just the night before,” Stevens said. “It was challenging and I was just 19, but it felt good once you finally finished a show and got it done. It kept me wanting to learn to get better and move up a rung in the ladder. It was enormously rewarding to me.”

Stevens now gives lectures on how to do magic and currently plans on moving to Vegas where he will learn to become a school teacher, while also doing some variety shows at a local performing space owned by his girlfriend Luna Shimada.

“Not many magicians do this full-time,” Stevens said. “A lot have to have another job to supplement their income.”

Stevens performs when hired and has done some tours. While TV magicians are in a completely different realm, and TV shows are set up completely differently than stage magic, Stevens’ love for theatre keeps him doing personal stage shows where he can connect with the audience.

“I’ll admit, everyone has a little bit of an ego as an entertainer,” Stevens said. “It’s addicting to hear people clapping for you and I’m hopelessly tied to it.”

Most of Stevens’ magic is done just a foot away from an audience member, and, well, the audience. While some cards and props can project and be seen better, he’s more inclined to do shows where he can really involve people. The trick in the performance beats, however, is how to go against the audience’s expectations which can be easier said than done. You also can’t telegraph what is going to happen, otherwise the audience will expect it and not be suprised by it.

“Magic is about repetition and practice and if you’re invested in the craft, it will never get boring,” Stevens said. “If you do love it you will continue to practice and get better.”

Magic shares a lot of Stevens’ theatre roots. He has to work on what he’s going to say, what the blocking on stage looks like and how he’s going to perform his sleight of hand.

“You always have to be prepared for how people will react once you’re out there, and they can react in a variety of different ways,” he said. “And since it’s live, you just have to assume Murphy’s Law is going to apply. If something can find a way to go wrong, it will.”

Stevens’ goal is to be relatable to the audience and then show them something they haven’t seen before; he also looks forward to introducing kids to magic and enjoying the wonder in their eyes as they see something positively wonderful. Stevens has been working on his latest show, “Inevitable,” and he’s been honing his skill to explore fate and freedom of will. “I always try to perform in a way that will show people there is something more to life, something to wonder about.” You can catch more about Eric Stevens at www.ericstevensmagic.com or his Facebook page https://www.facebook.com/Eric-Stevens-Curator-of-Unusual-Moments-104456664229398/