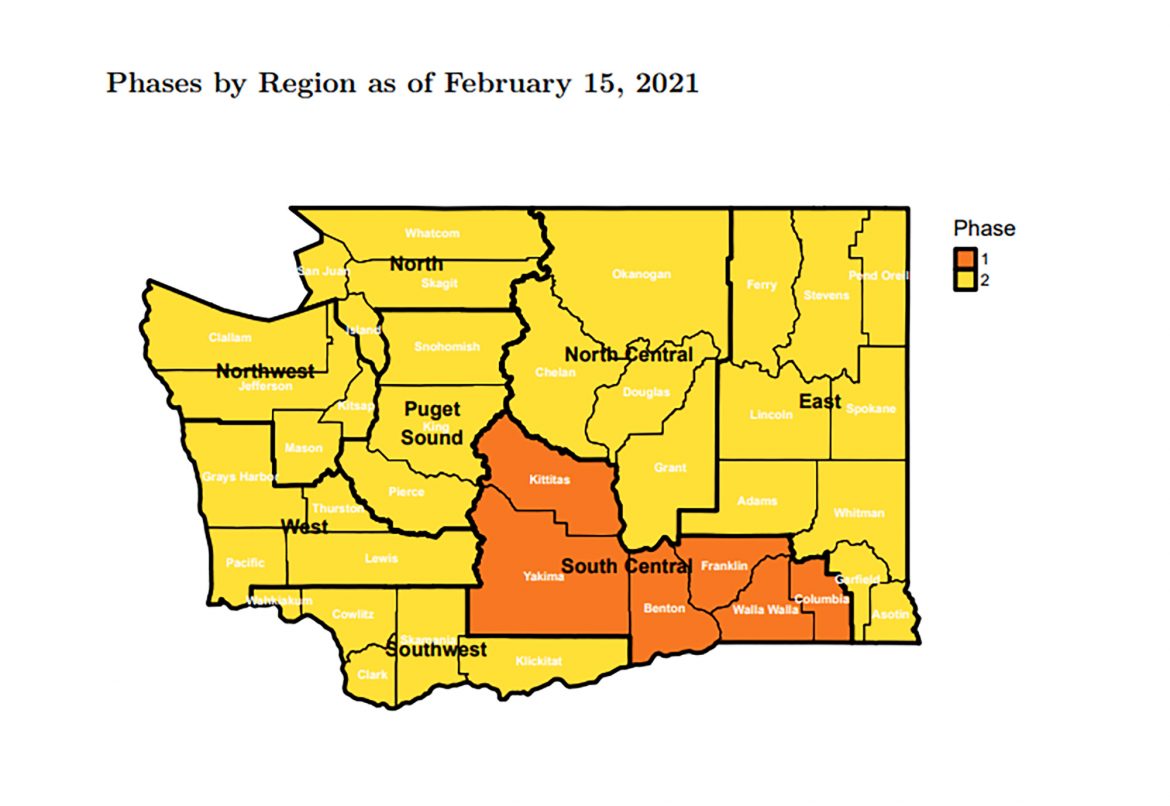 The East Region in Washington’s “Roadmap to Recovery” reopening plan amidst the COVID-19 pandemic will be moving to Phase 2 on Monday, Feb. 15, which means more businesses can open and all high school sports games can occur. The East Region consists of Stevens, Ferry and Pend Oreille counties along with Adams, Asotin, Garfield, Lincoln, Spokane and Whitman counties.

Along with this, the North, North Central, Northwest and Southwest regions are also moving to Phase 2, joining the West and Pugest Sound regions which advanced on Feb. 1. The South Central region, which includes Benton, Columbia, Franklin, Kittitas, Walla Walla and Yakima counties, will remain in Phase 1.

The move for the East Region to Phase 2 means NE Washington will see some restrictions loosened. Retail, professional and personal services can operate at 25 percent capacity, restuarants can have 25 percent indoor capacity with a maximum of six people per table. High school sports will be permitted to be played with limited spectator crowds of 200 people outdoors and far smaller crowds indoors. Indoor entertainment venues like theatres, concert halls, museums and event spaces can operate at 25 percent capacity. Indoor gatherings will now be allowed with a max size of five people, while outdoor gatherings can occur with a limit of 15 people.

The East Region was able to advance because it has seen a 43 percent drop in cases in the past two weeks, a 17 percent drop in hospital admissions because of the virus and the region’s current ICU occupancy is 73 percent. These all meet the metrics needed to advance. One metric that the region failed was test positivity, which is at 10 percent. It needs to be below 10 percent to pass. The state, however, has said regions only need to meet three of the four metrics to advance.

A region can move back into Phase 1 if they fail more metrics after the next two-week cycle. 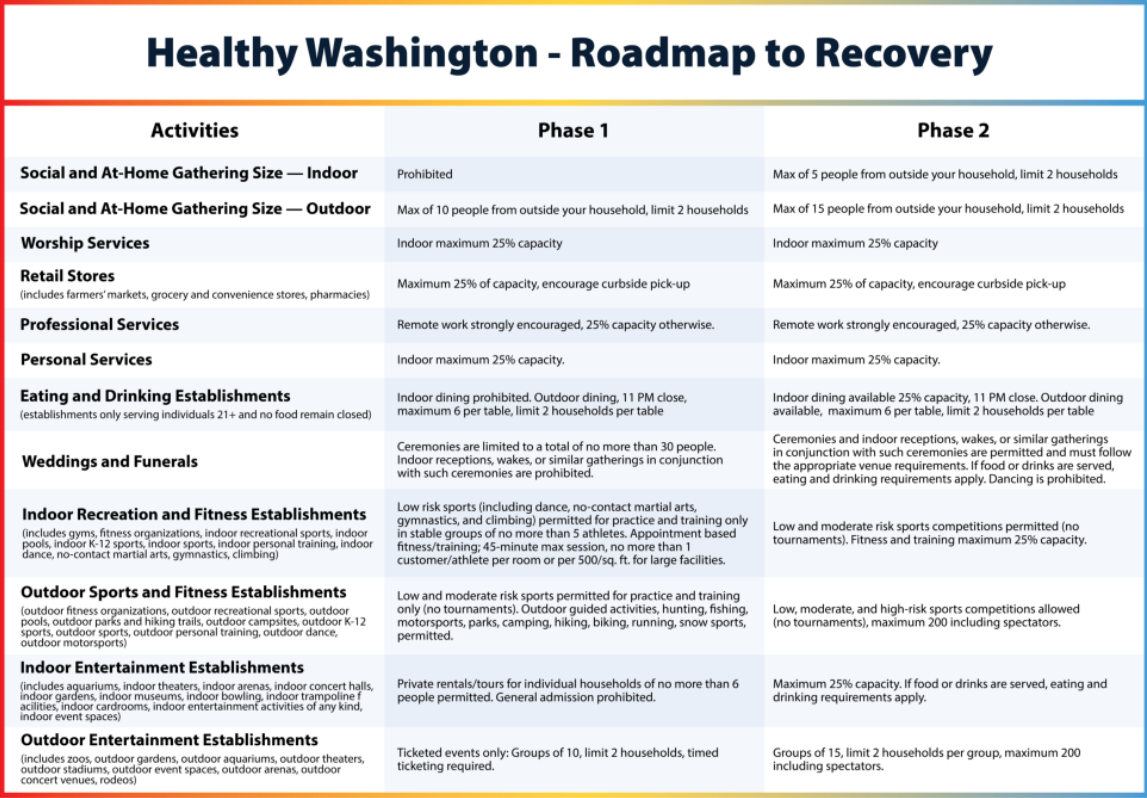