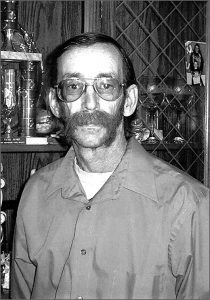 Donald Vernon Richardson, age 69 of Valley, Washington, passed away unexpectedly on January 28, 2019 while on a road trip through Oregon. He was born on August 1, 1949 in Chewelah to Theodore “Frank” Richardson and Helen Elizabeth (Blomgren) Richardson.

After graduating high school at Springdale in 1968, he enlisted in the U.S. Air Force and served two combat tours in Vietnam where his exposure to Agent Orange left him with life-long complications that eventually took his life.

He is remembered for his love of classic “muscle” cars and always had several hot rod projects in progress in his shop. He is survived by his wife Cathy, sons Donald and Danny, stepson Thomas Brown and stepdaughter Jolene Brown.

Memorial services are tentatively planned for the late May time frame and further announcements will be made when the details are finalized.